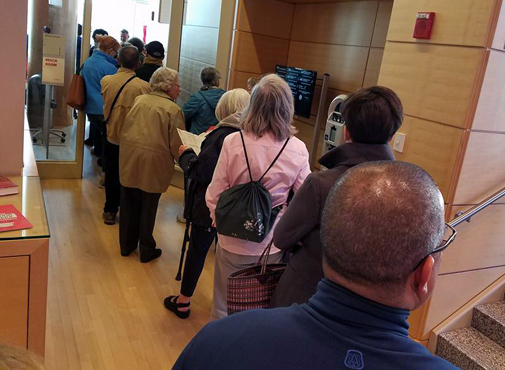 Some 2,240 people took advantage of the first chance for early voting in Cambridge, according to Election Commission estimates as polls closed Monday. The lines started at 8:30 a.m. as the offices opened and lasted all day, a commission employee said, with some 20 people waiting to cast their ballots even as the day wound down at 8 p.m. 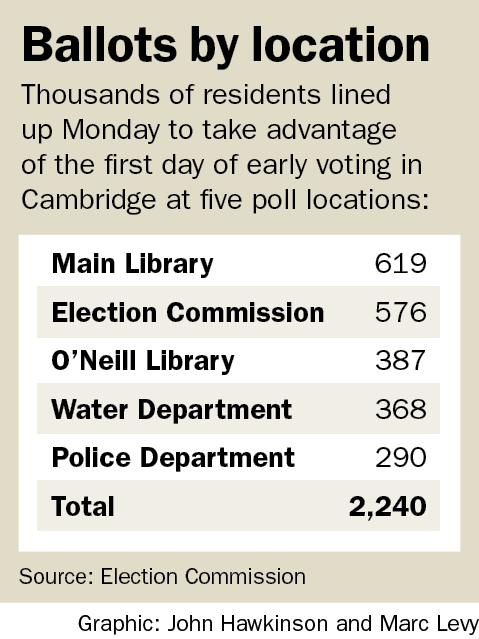 There were 40-minute waits for the five voting booths set up at the commission offices, which was one of the most popular site for Cantabrigians seeking to vote early on the presidential race between Hillary Clinton and Donald Trump, ballot questions concerning charter school caps and recreational marijuana, and a variety of other races, including many uncontested races basically settled back during primary season. The commission offices drew 576 voters, beaten only by the Cambridge Main Library, which handled 619.

There are 71,370 registered voters this year in Cambridge (up from 63,325 last year), according to commission figures lacking final mail-in registration figures, which puts the number of first-day voters in the city at just over 3 percent of everyone who could cast a ballot in the city.

Using those estimates, Monday’s results could represent 5 percent of the city’s active voters.

Early voting was required by the state and takes place for the 11 business days before Nov. 8 – this year’s formal Election Day – at five locations around the city. Cambridge’s early voting days end Nov. 4.

Voting locations are at the Election Commission offices near Central Square; at the Police Department building near Kendall Square; at the Water Department near Fresh Pond; at the Main Library in Mid-Cambridge; and at the O’Neill library branch in North Cambridge. Each location will be open between eight and 11.5 hours a day, with most voting locations open until 6 or 8 p.m. But hours will vary from day to day, and some days of early voting will end at 5 p.m. 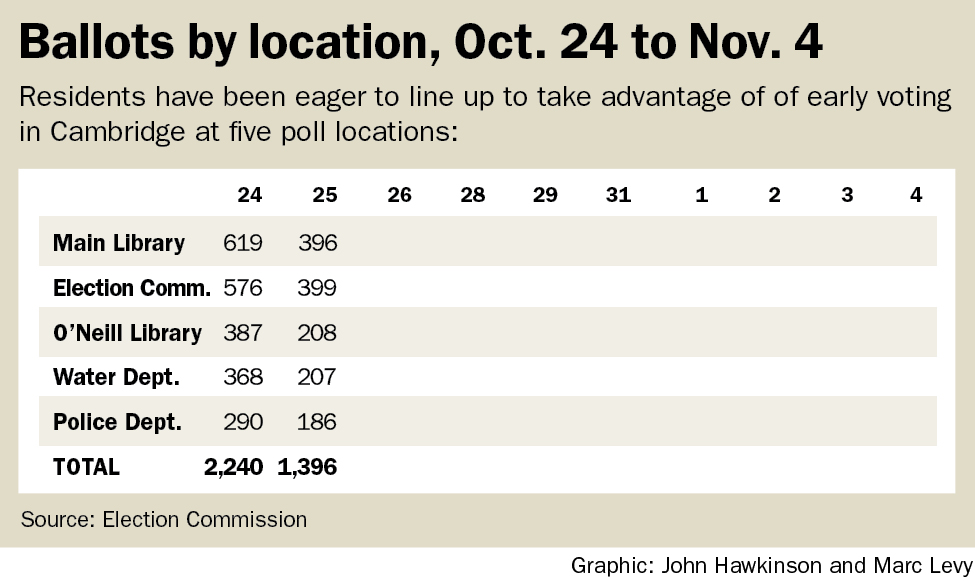