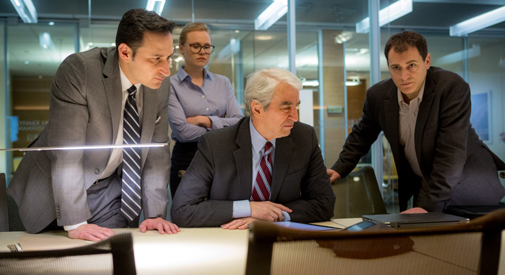 Sam Waterston, a Cambridge native, has had a career full of challenging and charismatic roles. If you don’t recognize the name, you’ll like recognize his expressive face from films such as “The Man in the Moon” and “The Killing Fields” and shows including “The Newsroom,” “Grace and Frankie” or, of course, “Law & Order.” Now he’s bringing gravitas to the John Madden film “Miss Sloane,” starring Jessica Chastain as a D.C. lobbyist trying to take down a pro-gun bill. Waterston plays George Dupont, a former colleague who will do anything to ensure she fails – a small but memorable role in a career full of them. We spoke to him about his role in the film, acting with Jessica Chastain and his ties to Cambridge. The conversation has been edited and condensed for publication. 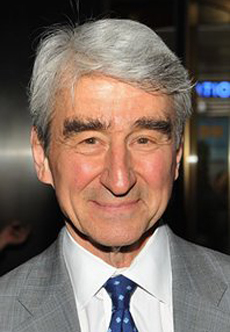 ow did this role come about?

They came to me with the script, which is always nice. It wasn’t so much about the role – though it was a good part and a smart part. It was about the subject matter, and that Jessica Chastain was going to be in it. Those were contributing factors. It was about getting to work with my old friend John Lithgow.

How was it working with such an extensive ensemble cast?

Everything was great fun, as you can imagine. We were fortunate enough to work with people who are so good. It’s like the Harlem Globetrotters – though you might be too young to get the reference – they were fun to watch. They pass to one another without looking at the person. [It’s like] playing with a team who know when to be there, be present.

You already mentioned how you were excited to work with Jessica Chastain – what was it like getting to work with her?

Everyone knows by now how good and how extraordinary she is as actress. She’s also such a trooper, and such a team player.

How did you go about preparing yourself for the big scenes with Chastain?

The older I’ve gotten, the more I’ve realized that don’t ask yourself how – you just ask yourself to do, and that’s all you need. I wish someone had told me that years ago.

Can you talk about working with the director, John Madden?

The common phrase is “generosity.” He’s a true gentleman. He really knows his stuff and is very inviting.

What do you enjoy about moving between working in television and film?

I think moving from one kind of part to the next is important as an actor. It’s keeping up the “slice of life” aspect of performing.

How does the current political climate relate to the film “Miss Sloane”?

I’ve been involved in trying to help out every voice and organization that are fighting for election reform. Finance campaign reform is very important to me because in politics it’s so obviously a big problem, and the film is definitive about that. They fascinating part is Jessica’s part, because it’s about a woman who has sacrificed everything and how the film deals with what the prices are for women in that industry, which is relevant. It’s the portrait of a woman battling that fascinates me most. She lets you see that struggle without saying anything.

This is a subject that’s been timely for 45 years now. So I think the think the thing is that anything happening in the present is resonant now.

So as a Cambridge native, have you been able to visit recently?

I was just in Cambridge, actually. I have to say that Boston the area is wearing really well.