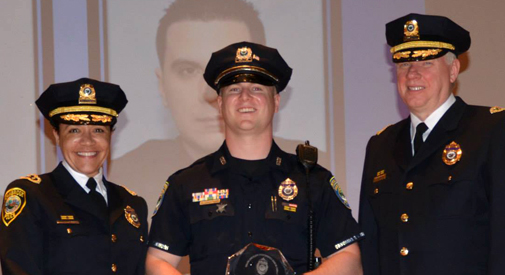 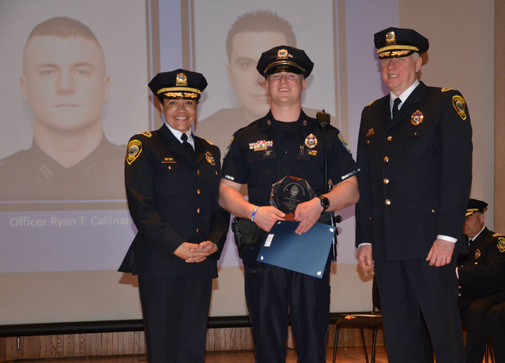 A Cambridge police officer has been charged in a non-fatal hit-and-run collision with a bicyclist. The incident took place in February.

Ryan Callinan, 29, of Wilmington, was arraigned Thursday in Somerville District Court and charged with leaving the scene of a personal injury and negligent operation of a motor vehicle. The source of the charges was an incident that took place at 7:49 p.m. Feb. 21 at Broadway and Portland Street in Cambridge’s Area IV/The Port neighborhood.

Callinan was off-duty and in his own car that Sunday, when he hit the bicyclist from behind and fled the scene, according to the Middlesex District Attorney’s Office. After the collision, the victim, a 32-year-old woman, was taken to Massachusetts General Hospital with non-life-threatening injuries.

Callinan has been a Cambridge office since November 2011, when he was sworn in after being graduated from the Lowell Police Academy. He’s a decorated member of the force; in last year’s May award ceremony, he received the William J. Carroll Letter of Commendation, Larry Burke Community Policing Award, a Commissioner Unit Award alongside many other officers and an Air Force Military Ribbon.

Judge Maurice Flynn released Callinan on personal recognizance Thursday and ordered him not to commit new offenses. He is due to appear in court Jan. 26.