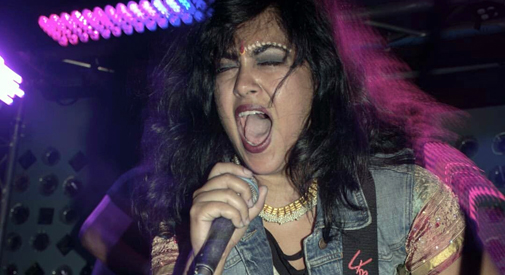 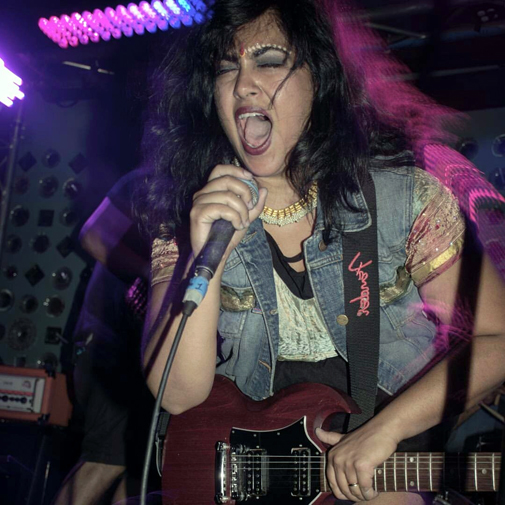 A festival of South Asian music and arts is among three Cambridge recipients of Passim Iguana Music Fund grants for 2017 – the Hindie Rock Fest, which will put its money toward a venue for its third year in performance, along with Miriam Elhajli, a Venezuelan-Moroccan-American composer and vocalist who’ll be recording a multilingual debut album; and Nat Seelen, who plans to publish a book of Klezmer music online and in print.

The Hindie Rock Fest began in 2014, with the term “Hindie rock” assigned less than seriously to an informal gathering of area artists, its organizers said. But the talent showcase took to the stage the next year featuring bands, MCs, poets, DJs, dancers and activists, and in 2016 drew as many as 300 people to the Cambridge YMCA Theatre in Central Square for a two-night stand hosted by Saraswathi Jones – lead singer of Bollywood punk band and grant recipient Awaaz Do, Isha Aran reported for Fusion.

“Couldn’t be more thrilled,” Jones said of the Iguana grants.

More than $40,000 was awarded to 25 musicians by the Iguana Music Fund in December. The grants are awarded annually to musicians for projects that enhance their careers or aid their community outreach efforts. Including this ninth year of grant making, Passim – based out of the legendary folk club in Harvard Square – has given out $300,000.

Continuing “Baby Iguana” grants were awarded to the Miles of Music Camp, a weeklong retreat exploring traditional folk music, modern songwriting and how they work together, and the Sub Rosa Songwriting Retreat, which brings together artists for a week each summer to write and collaborate in on Lake Winnipesaukee in New Hampshire.

Many of the grants are being used for career development. Birch, Awaaz Do, Woodsmith, June, Nethercott, Liszt, Faraone, Mark, Elhajli, San Lorenzo, Galligan, and Windborne will use the grant to pay for recordings, Passim said. Brewer will use his grant to buy a guitar, and Heaton will use hers to buy a flute. A2Z Talent, Bernstein and Parks will use their grants for recording equipment.

Several grants will be used for community programs, including by Smith and Storrow, who said they planned to tour schools nationwide to inspire youth to tell their own stories. Rising, a nonprofit out of Rhode Island, will use its grant to create an instrument scholarship for students who perform at nursing homes. Cribben-Merrill’s grant is to go to performing in underfunded assisted living centers across the country. Boston Scottish Fiddle Club plans to continue hosting Celtic workshops for young musicians.