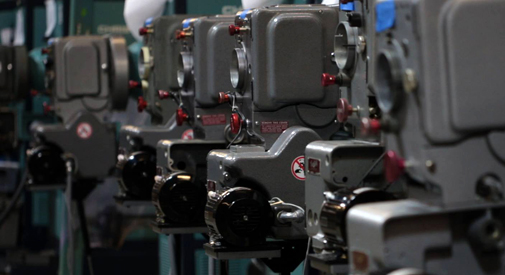 The 89th Annual Academy Awards ceremony is Feb. 26 on ABC, with Jimmy Kimmel hosting and the big predicted winner of the night Damien Chazelle’s musical wonder “La La Land.” But if you’re in the Boston area and hoping for a local, more independent celebration of the 2016 year in film, turn your eyes to Harvard Square’s Brattle Theatre, where the Boston Society of Film Critics returns after a three-year hiatus to present its own awards.

With a local spin, the night’s showing will be “The Dying of the Light” (about the vanishing art of the film projectionist) to celebrate honoree director Peter Flynn. Other local recipients include Connie White, director of the Provincetown International Film Festival; the Alloy Orchestra; the Berklee Silent Film Orchestra; the Somerville Theatre, for its innovative 70mm and widescreen presentations; and the Boston University Cinémathèque Film Program. There will be musical entertainment, and filmmaker Guy Maddin (“My Winnipeg”) will appear with a short program of recent work.

The society’s winners this year included the highly lauded “La La Land,” awards for Casey Affleck in “Manchester By the Sea” and Isabelle Huppert for the controversial “Elle,” and more.

The event starts at 7 p.m. Feb. 19 at The Brattle Theatre, 40 Brattle St., Harvard Square, with half of the event’s ticket sales ($15 general admission) will go to benefit the ACLU and the battle to protect civil liberties. Buy tickets here.