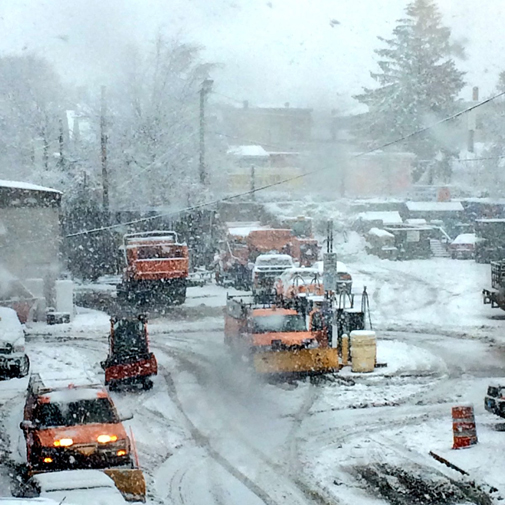 Here we go again: Sunday’s winter storm is bringing with it a snow emergency parking ban meant to keep roads empty for snowplows, though officials said city offices, libraries and human service programs were expected to be open regular hours Monday. Schools will be closed.

The National Weather Service has a winter storm warning in effect until 1 p.m. Monday, with residents told to expect from 8 to 12 inches of snow; many roads would be impassable, the weather service said, and there was potential for power outages. The occasionally heavy snow and possibly high winds – 15 to 25 mph, “with a few gusts up to 55 mph” – was to end Monday afternoon or evening.

The parking ban goes into effect at 8 p.m. Sunday, meaning vehicles left on streets with “No Parking during a Snow Emergency” signs will be ticketed and towed until the ban is lifted. Residents losing street parking get a free alternative at some garage facilities (cars would be accepted beginning at 8 p.m. Wednesday). A list and map of prohibited streets off-street parking options is on Snow Center.