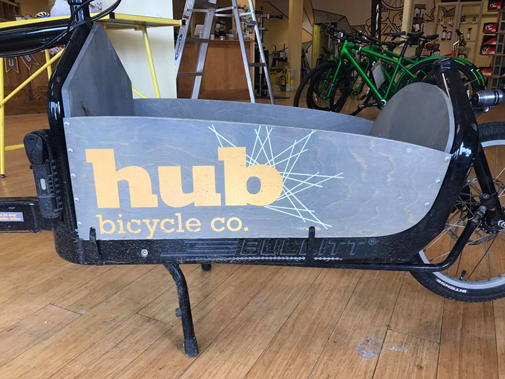 The Solar Flair sunglasses shop shared an image of a Hub Bicycle Co. cargo bike as a way to say goodbye to the East Cambridge shop after seven years in business.

A block of East Cambridge is about to feel emptier, with the closing of Hub Bicycle Co. at 1036 Cambridge St. on Friday and portentous signs at the Family Dollar store just two doors down at 1030 Cambridge St. That store will close June 2 and may not reopen.

“In the past seven years, I’ve had the chance to be a part of some really amazing things … my small business turned into a great adventure. I am so incredibly thankful for that,” said owner Emily Thibodeau in a Facebook post March 20. “Now it’s time for me to head out on a new adventure.”

As a result, the store has been selling off everything inside – from new bikes to its professional-grade tools – for between 25 percent and 40 percent off. Thibodeau said Tuesday that she considered selling the store instead of shutting it down only briefly before deciding she “didn’t want to wait around.”

Customers said they were sorry to see the business go, citing workers’ skills and exemplary customer service along with its fun free Cannoli Fridays. Among the store’s 133 reviews on Yelp, all but eight were for five stars; there were no one-star or two-star reviews.

Thibodeau doesn’t even know what her next adventure is, she said,  just that “I hope to never fix a flat tire again. I worked really hard and look forward to some time off.” 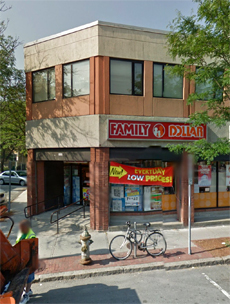 The business was profitable and location was not an issue, Thibodeau said. Closing at the same time as the likely shutdown of the Family Dollar store was “a total coincidence.”

That store, where posted signs warn it is no longer honoring its own or manufacturer coupons, and that sales are final, is part of a chainwide disruption as its parent company sells all 323 of its locations in 36 states to a rival. The Dollar Tree company bought Family Dollar two years ago, cleared by the Federal Trade Commission so long as it divested those stores. They were supposed to be rebranded as a chain called Dollar Express, though the Cambridge Street store never did.

Now a discounter called Dollar General is buying those “Dollar Express” stores and saying they will be rebranded again – but stores are being emptied with liquidation sales, and workers are saying “we’re not sure” whether a rebranding is actually in the works. Still, workers have been told they are not being kept on, and Goodlettsville, Tenn.-based Dollar General is silent on its plans.

A Family Dollar on Somerville Avenue near Somerville’s Conway Park closed in the fall of 2015, reopening as a Dollar Tree; a Davis Square storefront closed in late December, at one point slated to be a Garden Remedies marijuana dispensary, but the company pulled its request for permits. Plans for the Elm Street space are now unclear.

The East Cambridge Business Association has been asked for comment on the closings in its neighborhood.

This post came as a tip from resident Ron Newman. It was updated April 12, 2017, to correct that a Somerville dollar store rebranded rather than closed.