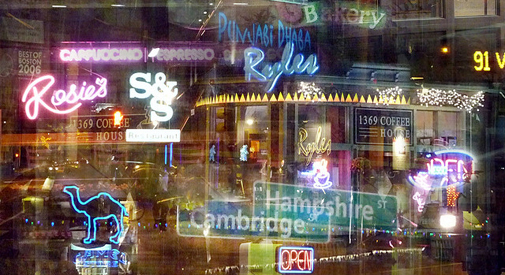 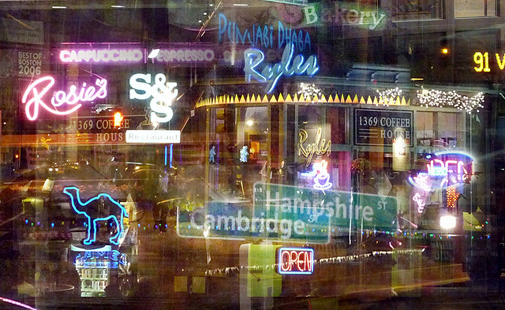 The East Cambridge Business Association introduces a festival Sunday – an annual event to complement its Smoke This Rib Fest held each October since 2010 – to show off local shops and restaurants.

Inman Eats! runs from noon to 4 p.m. Sunday on Cambridge Street in Inman Square, between Springfield and Prospect streets. The pitch by the association:

Inman Eats! is a celebration of everything Inman Square. From our eclectic retail to our artistic venues, from our casual eats to our culinary treats, Inman Eats! hopes to deliver a full Inman Square experience to new visitors and residents alike.

At least since the the Ding Ho restaurant on Springfield Street almost singlehandedly sparked the comedy boom of the 1980s and ’90s, it’s been food keeping Inman Square on the map despite being bypassed by the MBTA red line.

“Inman Square is an almost-hidden treasure at the center of the Cambridge/Somerville vortex. But … the secret is getting out,” the Not For Tourists guide says. “Folks from the rest of Boston are increasingly finding their way to Inman, particularly when they’re hungry.”

Live music will be programmed by the Lilypad performance space, featuring The Gill Aharon Trio, Charlie Kohlhase’s Explorers Club and Los Chincharillos. There will be family crafting activities from Gather Here and abstract face painting and other offerings from Practice Space.

Inman Square shops and restaurants will be open for business as usual, except that instead of cash, restaurateurs will be expecting Inman Bucks, which can be bought in advance for $25 (or $27.37 with the online service fee) through Eventbrite. Inman Bucks are limited, so advance purchase is recommended, Alves said. Some Inman Bucks will be available for sale Sunday.

Information on Inman Eats! is here.