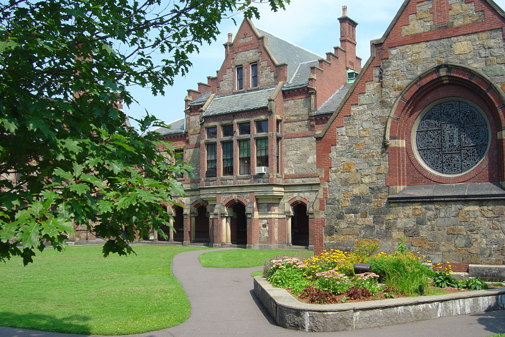 One big question: How is EDS partner Lesley University affected?
By Marc Levy

The nature of the structures on the eight-acre Episcopal Divinity School near Harvard Square could define a sale of property after July.

The Episcopal Divinity School, located near Harvard Square since 1867, announced Friday that it has signed an agreement with the Union Theological Seminary in New York City that will allow it to continue as an Episcopal seminary – but not in Cambridge; starting in the fall of 2018, it will be on the Union campus in New York.

The action puts a landmark chunk of Cambridge real estate in play, but it’s a location with complications.

It was expected last summer that this would be the final year of degrees granted by the school, which was itself formed in 1974 through a merger with the Philadelphia Divinity School, but its fate wasn’t known until a board of trustees announcement this week. Work began on the merger in February.

The school plans to buy a floor in a building being constructed at Union that will house offices, residential space for the dean and other facilities. Beginning in 2018, students who enroll in the EDS program at Union will earn graduate degrees from Union, the school said.

The campus in Cambridge at 99 Brattle St. will be sold after operations there end in July, and the proceeds will be added to the school’s endowment, currently valued at $53 million, according to a press release.

The campus consists of more than a dozen properties on an eight-acre campus largely built in 1920 that together accounts for some 155,374 of built square footage assessed at $51.8 million. A July 2016 draft analysis prepared for the trustees expected the sale to give school assets a $25.5 million boost as of the 2021-22 fiscal year. 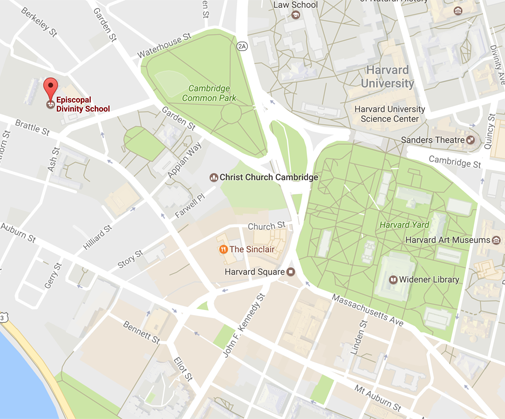 The location of the school, near Harvard and Harvard Square, will be of interest to some.

The real estate ramifications are significant – the campus is cater-corner from Harvard’s Radcliffe Yard and the Harvard Graduate School of Education. It’s a block away from Cambridge Common. That makes it prime real estate, but the historical nature of the buildings and presence of St. John’s Memorial Chapel means it’s unlikely a developer will be able to come in, raze the buildings and put up structures with significant return on investment.

Another complication: EDS has been in a partnership with Lesley University since 2008, a relationship that allowed Lesley to expanded its dormitory, dining and office facilities; the institutions shared the campus’ Sherrill Library.

“Our partnership with EDS has created tremendous opportunity for both institutions to meet their missions and serve their students. EDS has been a committed partner and neighbor,” said Joseph Moore, former president of Lesley, when getting an honorary degree from the Episcopal Divinity School last year in recognition of his work joining the two.

The partnership – described at the time as “part of a larger strategic plan developed by EDS designed to ensure the long-term viability of the seminary” – included the sale of some buildings to Lesley, while EDS kept ownership of 13 structures. Lesley spokeswoman Amanda McGregor said the assets in that partnership are governed by a “condominium agreement.”

EDS kept Lesley informed of its plans, “and we were pleased to learn that their talks with Union Theological Seminary resulted in a successful agreement,” McGregor said.

Both institutions are reviewing their options, she said, and Lesley didn’t expect to have further information until later this summer.

The draft analysis, Naughton pointed out, doesn’t assume the sale will be immediate.

For the divinity school, there were more questions than those concerning real estate.

“I am excited for the challenge,” said the Rev. Dr. Kelly Brown Douglas, who will lead the Cambridge school to its new home. “What I am really happy about for the wider EDS community is that this isn’t the typical bad news of a small seminary closing. This is the news that this place believed enough in its mission that it went out and found a way to carry that mission forward in a viable fashion, and found a way for the mission to grow. EDS is going to continue. The EDS community has found the platform to do that, and they have found in Union an institution that shares their mission. I feel privileged to be a part of this next chapter in EDS’ life.”