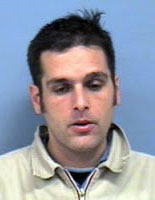 Tracked down by DNA evidence, an Austin, Texas, man returned to Massachusetts to answer to charges of a violent rape pleaded guilty Thursday. He was sentenced by Judge Laurence Pierce to 12 to 15 years in State Prison, with five years of probation to run from and after the committed sentence.

In addition, Christopher Carney, 43, was given conditions of probation including that he undergo a mental health evaluation, sex offender evaluation and be on a GPS monitoring device and abide by Sex Offender Registry Board registration requirements.

In charges dating back to June 2004, Carney is accused of following a woman as she was walking home in Somerville, then attacking her – holding a knife to her throat and ordering her into a parking lot, where he handcuffed her to a Dumpster and sexually assaulted her. Afterward, he tried to threaten her into staying silent about the attack, police said.

Instead, the crime was reported and DNA collected.

Carney was once well known in the local hardcore music scene and a common visitor to night spots such The Middle East in Central Square and The Model Cafe in Allston, as well as often found hanging out at The Pit in Harvard Square, said Roger Nicholson, an acquaintance until Carney moved from Somerville to Austin.

“Maybe that’s why he moved, he was trying to get away,” Nicholson said.

Even before he left, and long before learning of his arrest in Austin, people were unsettled by Carney, Nicholson said.

The DNA evidence caught up to Carney while he was in prison, officials said, and Somerville deputies went to Texas to pick him up upon his release for a Jan. 12, 2016, arraignment in Woburn District Court.