This solution for Cambridge housing crisis has massive density, packed with families 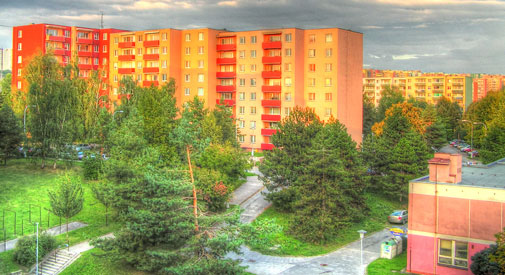 This solution for Cambridge housing crisis has massive density, packed with families

The author was granted anonymity after editorial review. A brief note is at the bottom of this article.

Cambridge is facing a housing crisis. In 2012, housing prices started to rise rapidly; over the past half-decade, they’ve nearly doubled. Today, according to Zillow, a typical three-bedroom home big enough for a modest family sells for nearly $1 million:

This graph should scare you.

To put it into perspective, despite historically low interest rates, a basic home with a 20 percent down payment carries an annual mortgage of more than $45,000 per year and is now over even the jumbo Fannie Mae limits of $636,150. With a median Cambridge household income of $104,454, a typical household no longer earns enough to cover a typical 2017 mortgage.

Historically, Cambridge has been a city of arts, scholarship, entrepreneurship, music and innovation. It has been a diverse city – a sanctuary for immigrants and refugees from all over the world. It has a delightful mix of people of all races, nationalities, stages of life and levels of education. It is similar to Manhattan in its heyday. What happened to Manhattan? Housing prices limited new residents to lawyers, executives, bankers and old money.

Today, housing prices are reaching that level in Cambridge. With technology in a boom cycle, we might able to maintain software engineers as homeowners; many will surely default in the next tech bust. College students and young professionals will continue to sublet in Cambridge, but won’t be able to settle. We’re reaching a point of no return. Once the arts scene is gone, scholars move to the suburbs and engineers can no longer afford to take a few months off from work to bootstrap new ventures, Cambridge will reach a tipping point of a major demographic shift. The excitement and intellectual energy will be gone.

Virtually every City Council candidate has made affordable housing a key part of their platform, but none have given us a concrete plan to get us there. That’s sensible – concrete platforms alienate people – but given the urgency of this crisis, it is not a viable strategy for preserving the city we know and love. We are in dire need of bold, decisive leadership.

Cambridge’s housing crisis has many causes:

Residents are priced out by investors, international and otherwise. Short-term rentals in Cambridge are incredibly lucrative; a three-bedroom home earns more than $100,000 on Airbnb – double the mortgage, and close to the median annual income;

Land costs are high enough that it is most profitable to develop luxury units; and

We lack some infrastructure to support high-density housing (although we are close). 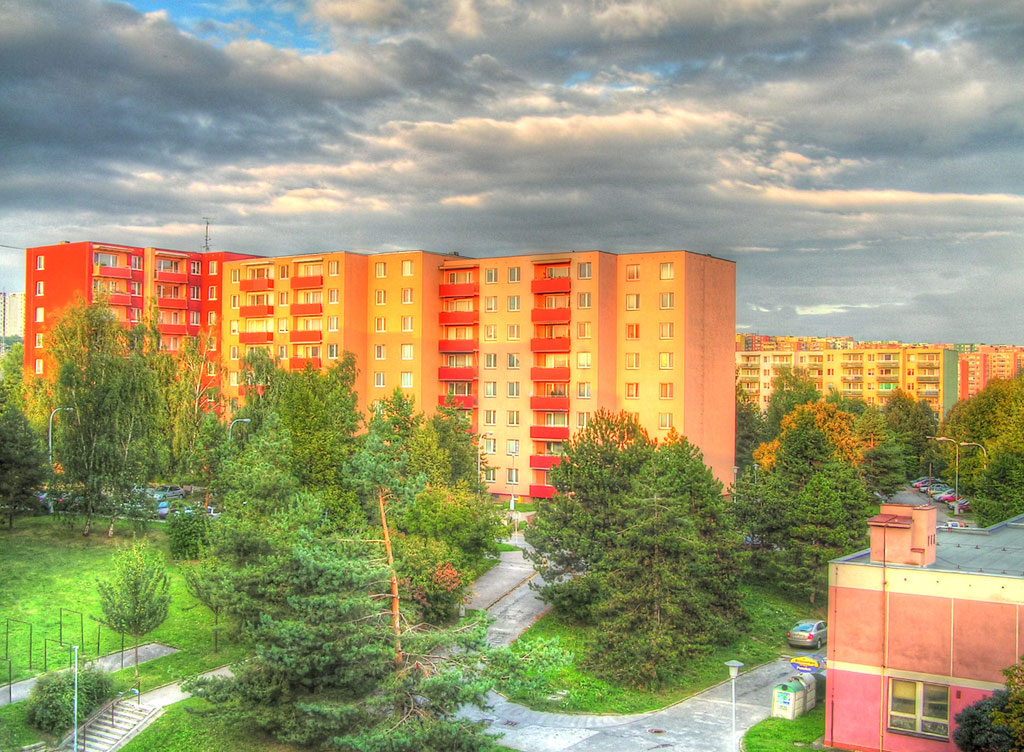 A housing estate in Brno, the Czech Republic, in a fancifully retouched image. (Photo: Jaroslav A. Polák)

If we want to bring housing prices under control, a viable platform must address all of those. While the council has taken steps to ban or regulate Airbnb, a concrete platform with a chance of bringing costs under control might also propose to:

Increase density. Housing complexes should be community-oriented, pleasant, but dense. In Eastern Europe, one sees complexes with massive buildings surrounding an open park/playground space the size of a sports field. Families have ample space, beautiful views, shared community spaces where kids play and where people mingle with their neighbors. The housing density is at least four times that of Cambridge today, but the aesthetics, community and quality of life are a class higher than our decaying 100-year-old single-family homes awkwardly converted into multi-family units. Similar complexes in China, while overall less pleasant, have some good ideas we might learn from as well. For example, many line the bottom floors of buildings with small family shops where people buy basic necessities without clogging roads. The density of such complexes, combined with many shared community spaces, gives them lively communities similar to our university dormitories.

Zone costs. The type of housing being built almost universally – luxury housing – will not reduce costs. High-density zoning should be coupled with maximum prices for individual units. Developers should be able to build as tall as they want so long as mandatory family-sized units sell for no more than $400,000. At that price, a high-density building with 100 units would still sell for $40 million.

Don’t subsidize universities. We are becoming a city of subletters. We should expect universities to provide dormitories for grad students and post-docs rather than force them to spend more than half their stipend on run-down sublets. Since universities would need time to build housing or limit enrollment, a reasonable proposal might institute a 100 percent tax on university subletters starting in 2028.

Don’t encourage foreign investors. If I were to buy land in China, I’d be hit with a wall of taxes and regulations. Why can’t we return the favor? We should move from our two-tiered tax structure – for residences and businesses – to one with different tax tiers for homeowners, small local landlords (with at most one or two units), large landlords and foreign or out-of-state investors.

Plan for growth. A well-designed housing complex should provide basic life necessities, such as community grocers and convenience stores. As we build up density, we should plan to increase public transit, increase support for bicycles (including Hubway, or more recent bike sharing alternatives as popular in China). We should also cut down unnecessary use of cars. Cambridge massively subsidizes car ownership by leasing a plot of land the size of a car for $25 per year, a mere 7 cents per day. If, with a few years’ notice, we were to raise parking prices to market land values and convert unused parking to dedicated bike and bus lanes, would we be any worse off?

We have a unique opportunity in Kendall Square to get these improvements started. The Massachusetts Institute of Technology, as developer of the U.S. government’s 14-acre John A. Volpe Transportation Center, promises 1,400 units of housing, with as many as 280 available for low- and moderate-income households, including as many as 56 family-sized units. In other words, MIT believes 96 percent of the units will not fit that last family-sized category! As the institute has grown, it has experienced an on-campus housing shortage – are we merely building a new residence for graduate students and post-docs at Volpe to fuel further growth, as MIT’s language suggests? An influx of new residents would, in the long term, drive prices even higher.

Imagine if, instead, Volpe were required to:

Provide the promised 1,400 new housing units such that they are family-sized and cost no more than $400,000 each (still more than a half-billion dollars in sales);

Have three-quarters of the footprint reserved for tree-lined parks and playgrounds;

Sell units first to people who live or work in Cambridge; or simply deed the condominiums to be owner-occupied;

Reserve lower floors for small businesses and provide a variety of services, including small grocers, preschools, barbershops and everything else needed for a self-contained community; and

Provide for a mix of thought-out community spaces, such as maker spaces, auditoriums and meeting rooms, for Cambridge residents.

Imagine if any developer could buy land and repeat that process. Run-down Cambridge buildings would be replaced with modern community-oriented architecture as quickly as owners were willing to sell. The profits from converting a set of aging two-story and three-story buildings to 12-story buildings with hundreds of condos, even at $400,000 each, are staggering.

Is this drastic? Yes. Is something drastic needed? Yes, as well.

Reading platforms by the many candidates running for City Council, the lack of coherent plans for problems facing the city is striking, and messages expressing a desire for affordable housing with no substance behind them will not get us out of this crisis. Given how dramatically Cambridge has changed in just a half-decade, there is no longer time for cautious exploration. Even a mediocre plan is better than no plan (or an unknown plan).

Let’s not vote for candidates who merely want to run studies on the problem, repeat lines about subsidized housing and coupling fees, or express mere empathy and platitudes with no actions or plans beyond that. We’ve been there for decades, and it’s proven inadequate for managing the crisis these issues have become over the past two council terms. Instead, for once, let’s hold our candidates accountable to presenting concrete platforms with plans that are specific, measurable, achievable and with proposals that would significantly and quickly reduce housing prices. Where a candidate does propose to continue to gather data, we should at least hold them accountable for telling us what data to gather, and how it will be available to the public.

The author, granted anonymity after examination of their circumstances, is a Cambridge resident who is neither a candidate for City Council, developer or, historically, a housing activist.