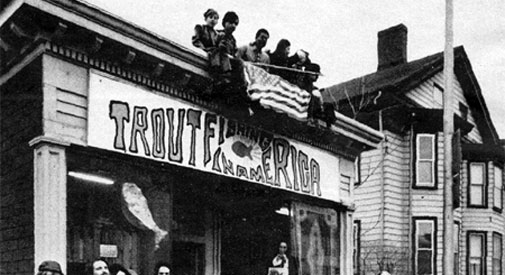 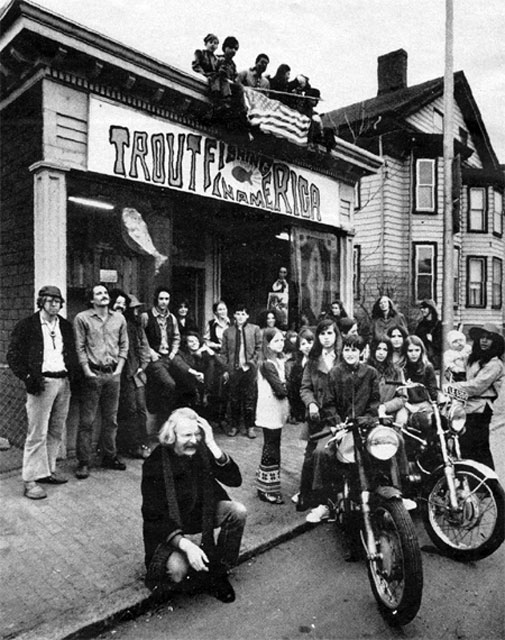 Cambridge held about one-third of roughly 350 countercultural organizations and businesses Tim Devin has uncovered from Greater Boston’s past through years of poring over 1970s source materials, and Inman Square was home to about a dozen – from the alternative school Trout Fishing in America to the Assassination Information Bureau research group and the Massachusetts Feminist Credit Union.

Devin, author of the three-part “Mapping Out Utopia: 1970s Boston-Area Counterculture,” will lead a free hourlong walking tour of 1970s-era Inman Square on Saturday that is certain to be, inevitably, something of a ghost tour.

“My interest has been in seeing how these ideas proliferate, where they went but also the spaces they inhabited, as a way to look at how we can replicate these things today,” Devin said during a presentation at July’s “Radical” event at the Cambridge Main Library.

But the prospects aren’t good, thanks to high property values that make public space prohibitively expensive and proportionately pricey apartment rentals that are out of reach for workers at low-paying progressive organizations.

One stop on the tour – the short-lived alternative school Trout Fishing in America on Prospect Street – became in turn a cooperative art gallery and health food store (with its connections to local farms, an early example of what we now think of as the local-food movement, Devin said). “Cheap space let that happen for years. Now what do we have?” Devin asked, looking at the site. “Now it’s a multimillion-dollar condo.”

There are bright spots too, though, including at the 186 Hampshire St. building where generations of family ownership has allowed low-cost occupation by mission-based groups.

Devin’s “Mapping Out Utopia: ’70s Counterculture Walking Tour” takes place from 1 to 2 p.m. Saturday, leaving from the Practice Space Design Studio, 1307 Cambridge St., Inman Square, and returning there for a discussion and reception for Devin’s newly released book. Families and kids are welcome. RSVPs are encouraged here, or by emailing Devin at [email protected].

The East Cambridge Business Association is a tour co-sponsor.