No action despite threat of climate change, and Cambridge’s tree canopy is shrinking 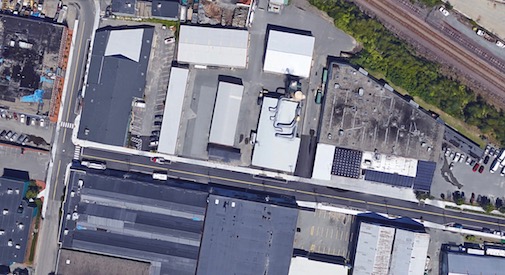 No action despite threat of climate change, and Cambridge’s tree canopy is shrinking

Trees could protect Cambridge from the worst effects of climate change. New data show we’re losing them. What should be our response?

On Nov. 21, the University of Vermont publicly released the results of a study that tracked Cambridge’s tree canopy coverage over time. For the first time, city officials and tree advocates were confronted with solid evidence that the tree canopy of Cambridge is not increasing, but decreasing. Our hopes for a future leafy green Cambridge came crashing down – like a dead tree limb. The study shows a net decrease in canopy coverage of nearly 7 percent from 2009 through 2014. Continuing drought conditions and intensive development post-2014 will likely lead to an even greater measured tree loss when the survey is conducted again in 2018.

Trees are not just a neighborhood amenity. They are an important component of Cambridge’s climate adaptation strategy. This September, Cambridge environmental planner John Bolduc presented an Environmental Protection Agency case study of Cambridge’s urban heat island impacts and the potential for using trees to mitigate their effects on human health. The study points to Cambridge’s urban tree canopy as a critical defense against dangerous “heat days” when the thermometer increases to 90 degrees or more. The summer of 2016, with its 22 heat days, gave Cambridge residents a taste of how they might experience the sweltering summers of the 2030s, when the number of these days is expected to triple.

On hot days, areas with substantial tree coverage are significantly cooler than areas lacking trees. When the temperature on treeless Fawcett Street reaches 98 degrees, it is just 94 degrees on Dudley Street, which has moderate tree cover, while on leafy Avon Hill, with its elegant homes and stately sycamores, the temperature is just 91 degrees. The study explores the potential benefits of increasing tree canopy by 30 or even 40 percent. This level of increase seems far less feasible now that we know that the tree canopy is in decline.

Indeed, the city of Cambridge has tried to protect our tree canopy. Between 2010 and 2017, the Department of Public Works increased its annual spending on parks and urban forestry by $2 million and has issued a request for proposals from consulting firms to create an “Urban Forest Master Plan.” Nonetheless, it seems unlikely that the myriad threats to our urban forest, including climate change and urban development, can be addressed successfully without urgent and concerted action from all departments of city government, residents and businesses, universities and institutions, surrounding cities and towns, and state and federal agencies.

Following the 2016 summer drought that resulted in significant tree canopy loss, the City Council answered calls from Green Cambridge and the Committee for Public Planting for more urgent action. On Feb. 13, the council requested that the city manager establish a Tree Task Force to “better protect the urban canopy.” On Oct. 16, the council issued a second policy order requesting that “the city manager consult with relevant city staff to propose immediate and forward-looking measures to improve and prioritize conservation of Cambridge’s tree canopy before the Urban Forest Master Plan is in place.” But the Department of Public Works has yet to appoint the requested Tree Task Force, and no “immediate and forward-looking measures” have been proposed.

The urgency of this situation demands that the city consider delegating oversight of our urban canopy rescue effort to a department such as Community Development, which engages regularly in complex and extensive planning efforts involving businesses, residents, institutions and local and state agencies. As CDD is already responsible for climate and energy, it can and should respond to the council’s request for action with the sense of urgency commensurate with the very real threats posed by climate change.

Susan Labandibar is a board member at Green Cambridge and a longtime environmental and social justice activist. She is president of Tech Networks of Boston.