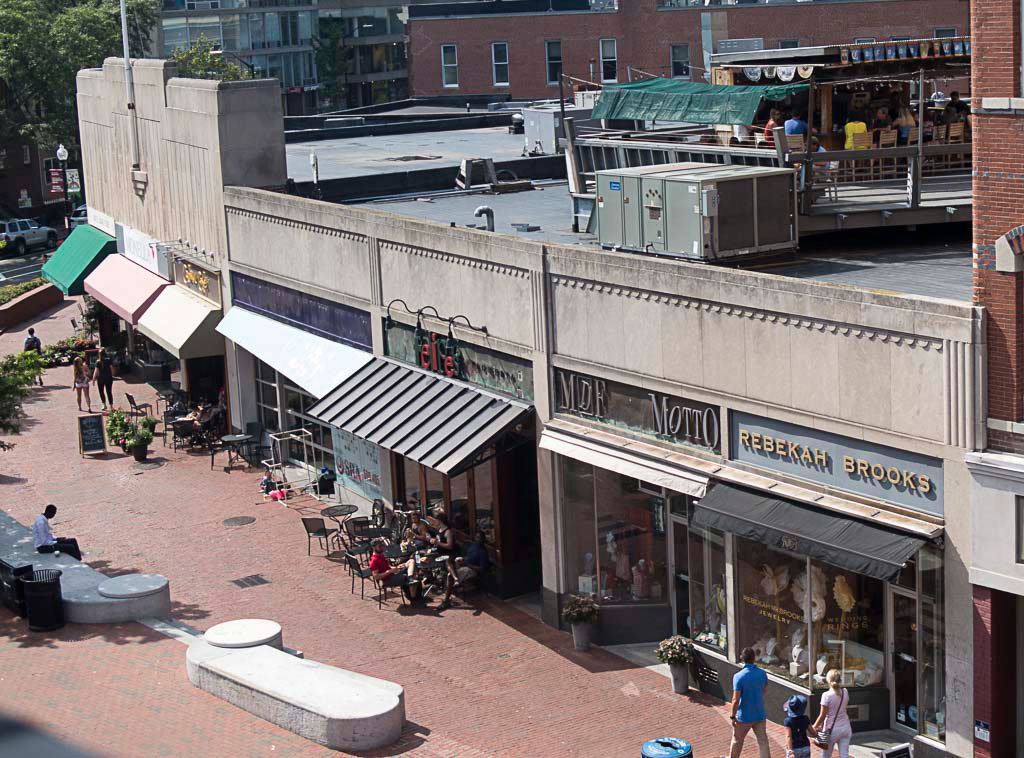 Part of 17-41A Brattle St., with the Felipe’s restaurant roofdeck visible at right, has been sold. (Photo: John Hawkinson)

The historic Brattle Building at 1-8 Brattle St. and its near-neighbor the 17-41A ensemble of single-story buildings in Harvard Square has sold for $108 million to Charlotte, N.C.-based Asana Partners. The Boston Globe first reported the sale Monday evening.

The properties have been for sale since September, when three family trusts that collectively owned them put them on the market in response to a Land Court partitioning action filed by the Dow family. The Dows said they wanted “not less than” $95 million for the pair: $70 million for the 17-41A ensemble and $20 million for the Brattle Building. The same families sold the Abbot building and two connected buildings – just across the street – two years ago for $85 million.

Asana has no plans to demolish or add to 17-41A, co-founder Sam Judd said: “Our plan is not to add density. We have a very very long horizon, our investment period is quasi-infinite.”

“We have a big affinity for Harvard Square. We want to see the character of the Square preserved. We’ll improve the storefronts and some of the aesthetics,” Judd said, adding that he used to live in Porter Square and grew up in the area. “I want to make sure people are aware, we’re not planning to do anything drastic. We understand the emotional involvement of everybody in Harvard Square.”

The Brattle Building is protected by the Harvard Square Conservation District, and it would be nearly “unthinkable” to demolish it, said Charlie Sullivan, executive director of the Cambridge Historical Commission. The 17-41A parcel also has  “high preservation value,” Sullivan said. Judd could not be reached Monday evening.

Rumors had swirled in recent weeks that the sale was nearing completion, local property owners and brokers said. 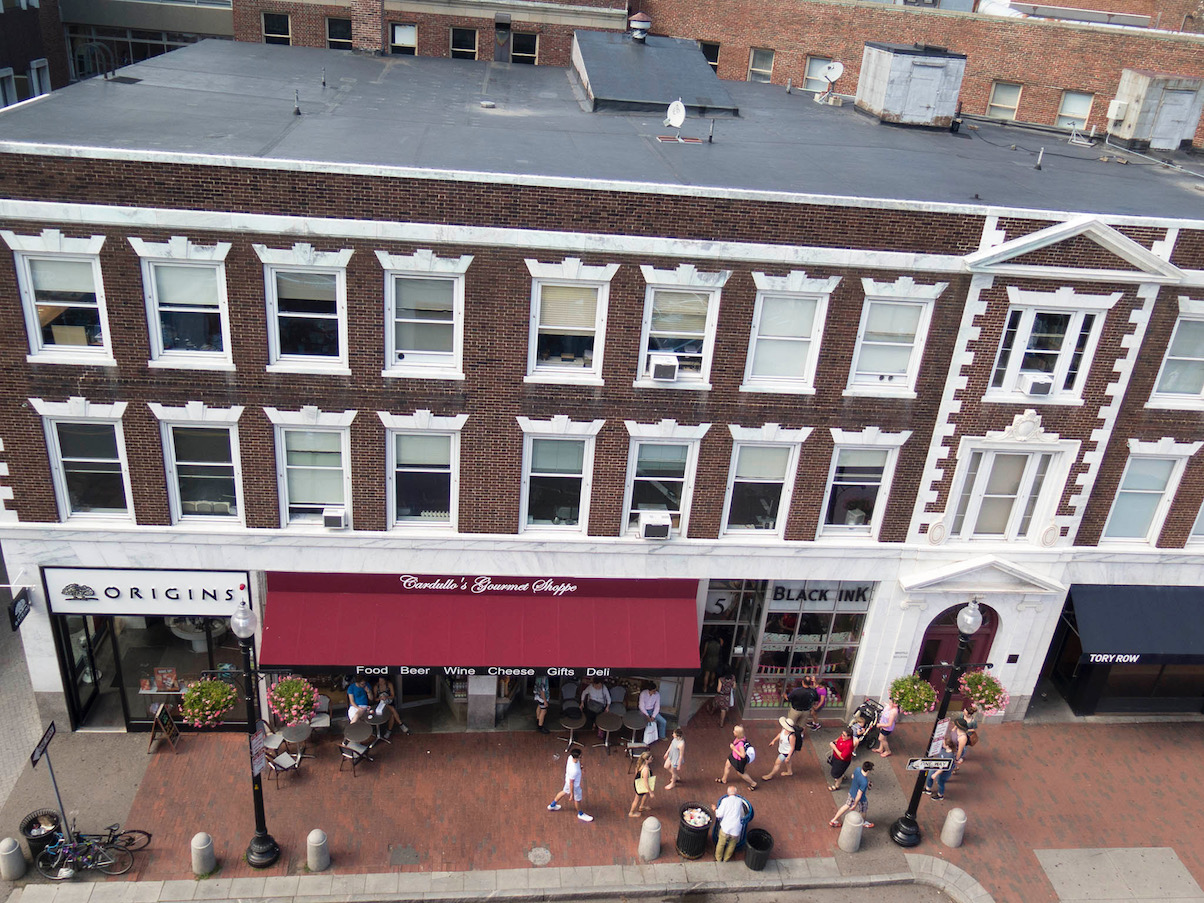 Tom Brush, owner of Felipe’s Taqueria, said he had heard the new owners were not planning to make changes in the immediate future. On the $108 million price tag, “you wonder what their plan is? … It’s gotta be a long-term investment for somebody,” Brush said. He has 16 years remaining on Felipe’s lease.

“These guys could not be nicer people,” said Dave Pergola of CBRE New England, who managed the sale. “The capital behind these guys is all pension money looking for slow, steady returns — they’re long-term holders.”

Pergola said that more than 200 investors expressed an interest in the property, which was a record for his office.

The ground floor of the Brattle Building includes Origins, Cardullo’s, Black Ink, and the soon-to-be &pizza eatery that will fill the space formerly occupied by the Tory Row restaurant and Crimson Corner newsstand. The &pizza fast food special permit was finalized when its appeal period expired Dec. 6, nearly a year after its contentious permitting process began.

The redevelopment process for the Abbot building is getting into swing as well. The Harvard Square Advisory Committee meets Wednesday to discuss the latest plans. After taking five hearings from September 2016 to May 2017 to get approval from the Historical Commission, the Abbot project with its two adjacent parcels will come before the Planning Board in early 2018; the advisory committee makes a recommendation to that board.

In other news, &pizza is suing U.K.-based @pizza for copying its brand in its hometown Washington, D.C., federal court.