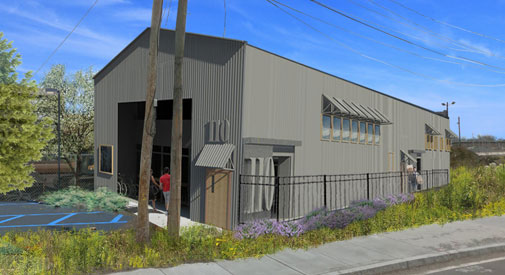 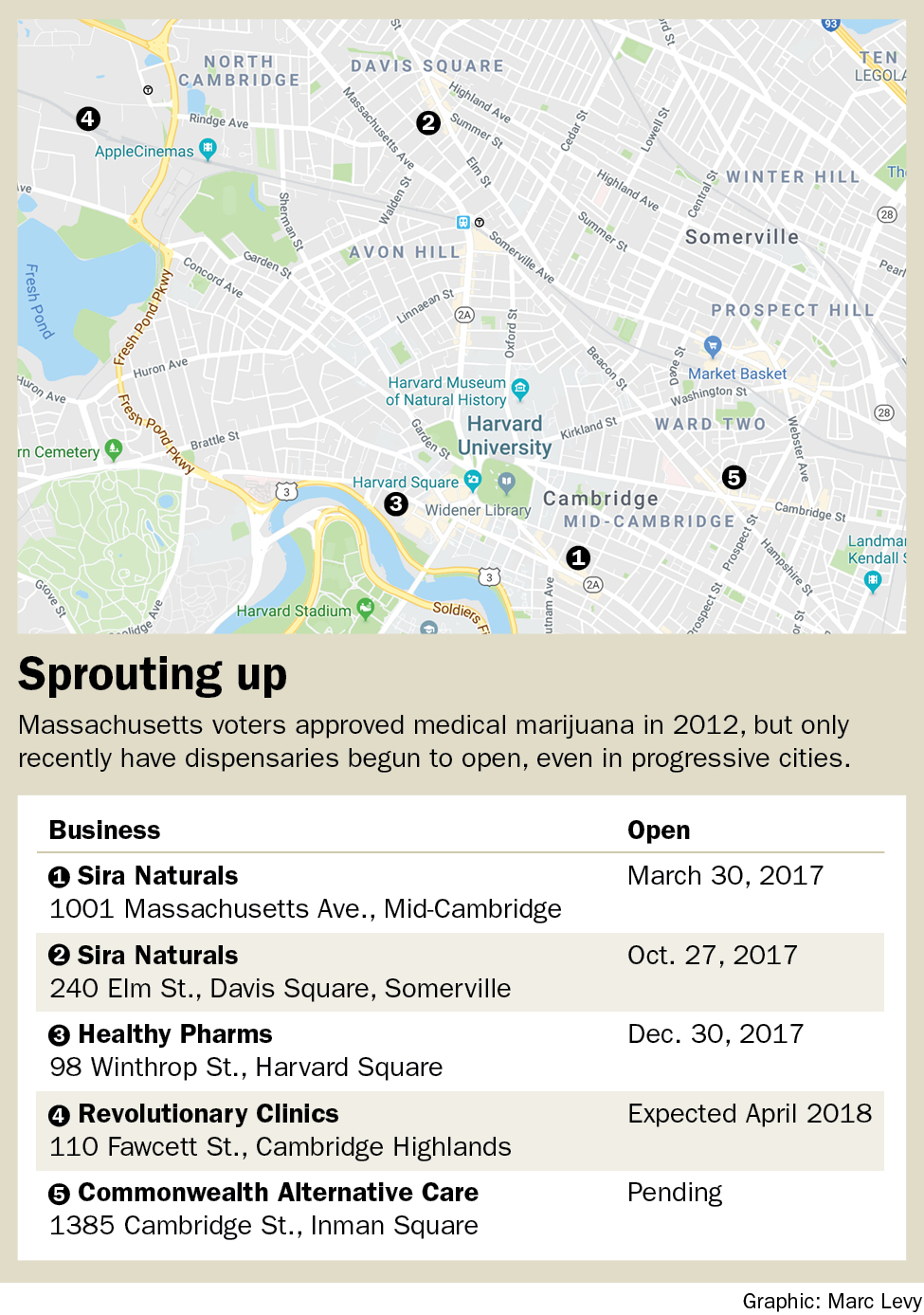 The Trump administration’s encouragement of a revived marijuana drug war is not slowing the growth of local dispensaries, and Cambridge is due to get its third with the projected April opening of Revolutionary Clinics near Fresh Pond, in the Cambridge Highlands neighborhood.

U.S. Attorney General Jeff Sessions said Thursday that he wanted federal prosecutors to go after marijuana businesses even in the 30 states with pot legalization laws, a reversal of an Obama-era policy outlined in a 2013 document called the Cole memo.

“The timing is fascinating to me, when the polls say one thing and the administration is actively responding in the opposite way. But the response of many legislators, from Colorado to Washington to California to right here in Massachusetts, has been overwhelmingly in support of this industry,” said Meg Sanders, managing director of Revolutionary Clinics. “The biggest hug I got out of this was seeing Massachusetts legislators and the governor and many elected officials, including at a local level, stand up and say ‘Our voters have spoken.’”

Andrew Lelling, U.S. Attorney for the state, has already signaled a reluctance to reengage in a local drug war, saying he would “continue to use our prosecutorial discretion [to] determine resource availability, weigh the seriousness of the crime and determine the impact on the community,” keeping the focus on large, illegal trafficking operations. 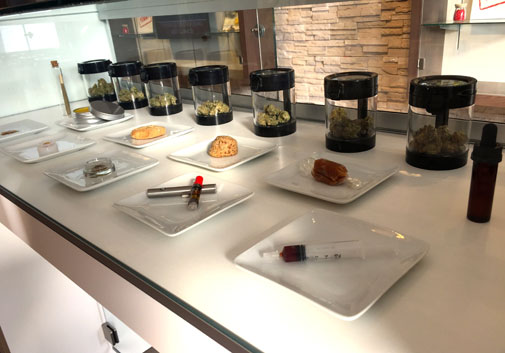 Revolutionary Clinics opened Dec. 5 in a converted house at 67 Broadway, Somerville, becoming the city’s second dispensary since voters approved medical marijuana in November 2012. With more than 20 parking spots and a three-bay garage, it was planned to take the most product from the company’s Fitchburg grow facility and send out the most home deliveries. Inside, the dispensary was designed to be beautiful and inviting “with a strong nod to women” because 80 percent of family health care decisions are made by women, Sanders said.

It offers a range of merchandise, including low-potency products and topicals good for treating aches and pains, as well as “flower” and “pre-rolls”; infused products such as baked goods, chocolates, candies and caramels, and lozenges; vape pen cartridges; and a powerful oil used for treating severe cases of cancer and end-of-life situations.

The Cambridge facility is expected to open just as new products arrive from the Revolutionary Clinics factory and kitchen. “We’re formulating as we speak,” Sanders said.

The converted former lumber warehouse in Cambridge needs final design approval, and quotes on construction are still coming in, she said, though it was clear it would get the required security – including around-the-clock video – and a design inside similar to what patients see in Somerville. The outside will be similar to the current structure; when the Fawcett Street site came before the Planning Board in late 2016 for approval, member Tom Sieniewicz wanted it maintained as a “vernacular industrial building which marks this neighborhood and history of this neighborhood.”

“Some people might say it’s a pig, but I think it’s a really elegant pig, and I would caution us not to try to put lipstick on it,” Sieniewicz said. “It’s quite striking and taut and, I think, pretty cool.”

There was minor concern in 2016 about increased neighborhood vehicle traffic – the site might see up to 40 patients per hour and have up to eight employees on-site, which the company said would include Cambridge residents – but Cambridge’s director of Traffic, Parking & Transportation, Joseph Barr, said he expected “relatively small trip generation” given that delivery would lean on the Somerville site and the company proposed carpooling among employees. Experience from other city dispensaries also suggested only a minor increase in traffic.

The site was expected to serve people from within a five-mile radius touching Somerville, Arlington, Watertown and Brookline in addition to Cambridge, partially because “not everybody wants to shop where they live. There’s still some stigma attached [to marijuana] for some people,” Sanders said. “So being a little bit off the beaten path is not something we’re fearful of.”

With a statewide recreational marijuana law also on the books since a November 2016 vote, she also suspected more dispensaries would come over time, if needed.

“Coming from an incredibly competitive market in Colorado, where in some locations there are literally more dispensaries than Starbucks, it remains to be seen what the ceiling is in Massachusetts,” she said, citing a formula applied in the West of one dispensary for around every 20,000 people. “It’s a completely different landscape here because of the limited-licensing structure that initially rolled out. There’s only 15 or 16 storefronts, and in Colorado at one point we had literally 1,000, most of them in the Denver metro area.”

The potential danger of expansion taking place in the Trump era, though, was clear even before the president was inaugurated. Timothy Flaherty, a project consultant, told Planning Board members in 2016 that a recreational marijuana clinic might seem like “low-hanging fruit” for Sessions.

“I wouldn’t be one bit surprised if he swooped in and made a point of prosecuting the first person to open up, even though they’re in good-faith reliance on a state statute, to prosecute them for a violation of federal criminal law,” Flaherty said. “And I think any person who’s interested in patient care and in running a real, legitimate, bona fide medical marijuana dispensary is aware of all of the pitfalls and the dangers associated with that.”

“Time will tell what this all means, but I’ve been in business well before the Cole memo existed. Operating under fear of federal enforcement is kind of the name of the game when you’re dealing with a federally illegal product. It comes with the territory, and you have to have a strong backbone,” she said.

In addition, she said, “We’ve got to stick together.”

Cambridge has a fourth proposed cannabis business in Commonwealth Alternative Care, which has been paused briefly in its attempt to open at 1385 Cambridge St., Inman Square. Its founders were asked Jan. 2 by the Planning Board to speak with concerned neighbors at a nursery school before a hearing on the plan is continued Feb. 6.