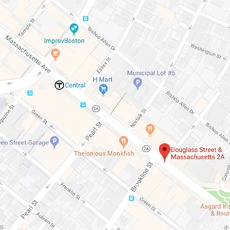 The collision took place at around 12:56 a.m. as the driver was headed west on Massachusetts Avenue, police said.

The driver told police he saw the pedestrian run into the crosswalk from the Douglass Street side of the street, near McDonald’s, toward the side with The Middle East nightclub.

The 29-year-old pedestrian remains in serious condition at a local hospital, said Jeremy Warnick, director of communications and media relations for Cambridge police.

The driver was cooperative and remained at the scene, which was cleared at 3:30 a.m., Warnick said.