With recreational pot sales as soon as July, council calls for legal advice before March 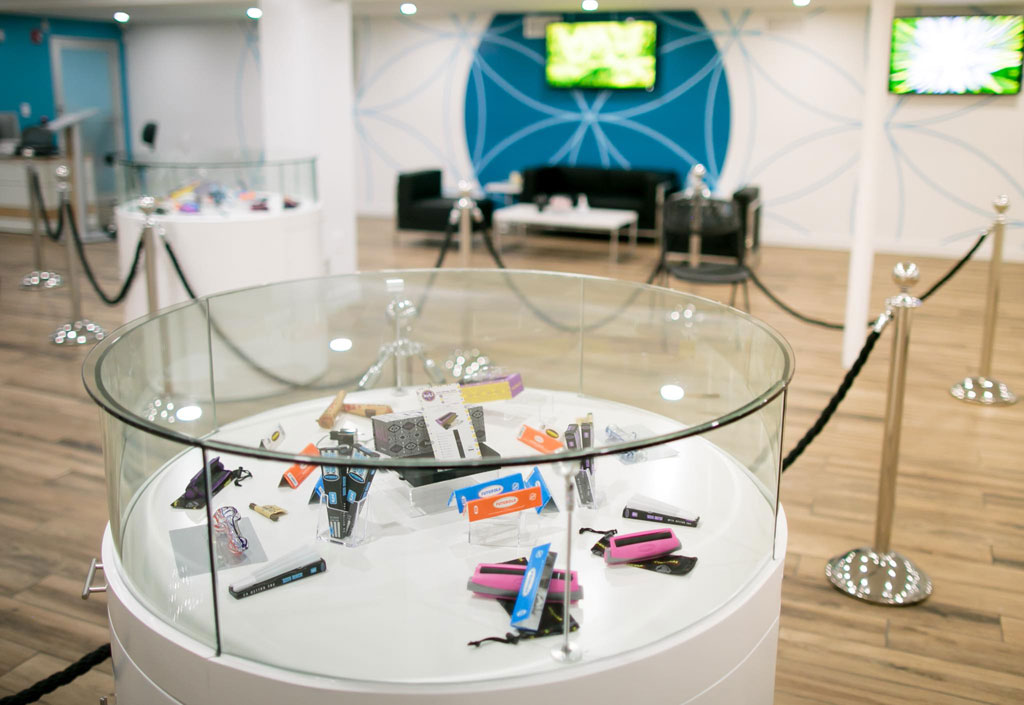 With recreational pot sales as soon as July, council calls for legal advice before March

Sira Naturals, a medical marijuana dispensary in Cambridge and Somerville, displays rolling papers, hemp wraps, vaporizers and other pot paraphernalia that it could be selling to recreational smokers within a few months. (Photo: Sira Naturals)

Legal recreational marijuana is bearing down fast on Massachusetts, with sales expected as soon as July, and the City Council wants to be sure Cambridge is ready.

Sellers can begin applying for licenses April 1, and the first licenses are due to be issued statewide June 1.

But Cambridge, like many cities and towns across the state, does not have zoning and bylaws in place for recreational marijuana sellers to comply with, councillors noted Monday.

“I would love for us to be able to get something done without having to have a moratorium on it or delaying it, but I also want to make sure we do it right,” Mayor Marc McGovern said.

Four years earlier, Medical marijuana was approved by 63 percent of voters statewide, and by 79 percent of voters in Cambridge. Still, between state-level and local regulation it was a slog to see dispensaries open in Massachusetts; the first opened and began selling in June 2015 in Salem, and Cambridge didn’t get its own dispensary until March 30, 2017. There are now three, with a fourth due to open in April.

“It feels like it snuck up on us to figure out if there are any zoning or bylaw changes that we want to consider here. I’m hoping that staff is doing some work on this and that each of us will be thinking about how we want to handle this,” said vice mayor Jan Devereux, who led an order heard Monday that was co-sponsored by McGovern and councillors Alanna Mallon and Sumbul Siddiqui. “If we don’t feel like we’re going to be able to come up with the zoning and bylaws in time, and give them enough thought, we do have the option of pursuing a temporary moratorium, just to give us some more breathing room.”

“I’m looking for some advice quite quickly from staff: How we should handle this,” said Devereux, who had been among the councillors urging faster action on medical marijuana last term.

If a moratorium was needed, by law it could go only until Dec. 31, Mallon said.

But with McGovern’s encouragement to avoid delay, the council passed an order for a report back from the city’s Law Department no later than the last regular meeting in February.

Recreational marijuana business licenses will likely be limited to a number less than 20 percent of the city’s liquor stores, which would cap them in the single digits – perhaps as few as five. Until July 1, licenses will go first to applicants running medical marijuana treatment centers, then by lottery to other qualified applicants.

Medical marijuana dispensaries – required to be nonprofits by state law – are not taxed; Cambridge gets just permitting fees from them. But recreational marijuana sellers will face a 20 percent sales tax, of which 17 percent goes to the state and 3 percent to the home community. A state analysis put its take at up to $83 million in the first year of sales and up to $172  million in the second year – or as low as $45 million and $93 million, respectively.

Previous councils expressed some squeamishness over even medical marijuana sales and use in the city, and the past election retained some of the most cautious members, including Dennis Carlone and Tim Toomey. But no councillor balked Monday at putting the city solicitor on a fast track for providing information.

And at least there have been no locally reported incidents or problems involving Cambridge’s sellers of medical marijuana.

“We did contact city departments most likely to receive complaints – police, community development, public health and inspectional services. To date, these departments have not received any,” said Lee Gianetti, director of communications and community relations for the city.