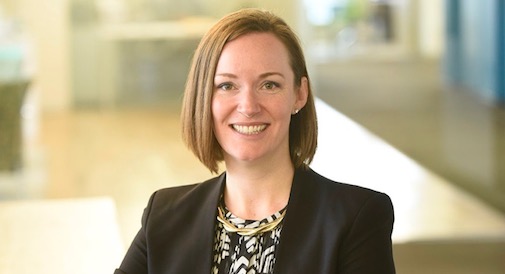 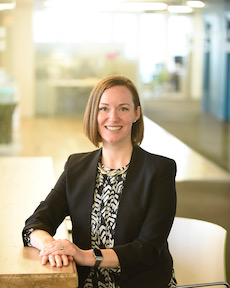 The Kendall Square Association named C.A. Webb its president today, making the position permanent after a nine-month stretch as interim president. She said she arrives with plans in place to make the tech destination more welcoming to all, and with “more ambitious plans” that include helping improving mass transit to the square via the MBTA.

Webb’s presidency and her agenda gets a prominent kickoff at the association’s Thursday annual meeting, which brings in The Boston Globe’s Spotlight team to talk about a recent seven-part series called “Boston. Race. Image. Reality,” with attendees invited to participate in follow-up discussion groups “to explore meaningful ways that their organizations and the KSA can work to build a stronger and more inclusive Kendall Square community,” according to an association press release. The language reflects Cambridge residents’ long-expressed wish for the high-paying businesses of Kendall Square to make meaningful connections with lower-income residents.

She also vowed to work closely “with developers, philanthropists, residents, the City of Cambridge and others to make Kendall Square a center of public art and unique gathering spaces for Greater Boston’s and the world’s citizens to connect,” as well as to address deferred maintenance and service advancements at the Massachusetts Bay Transit Authority, whose red line service passing through Kendall Square – the eighth-busiest station in the system, serving more than 15,000 weekday riders – is crowded and unreliable. (In 2016, the system’s board agreed to replace all red line trains by 2024.)

“The hum and energy of this community is like none other. But there is also much untapped potential,” Webb said.

Webb is the fifth leader for the nonprofit association since it was founded nine years ago. It launched with Travis McCready as its founding executive director; in February 2013, Cambridge Innovation Center founder Tim Rowe stepped in until the Broad Institute’s Alan Fein could take over in March 2014; he served for two years until Sarah Gallop of the Massachusetts Institute of Technology was elected in March 2016, the third prominent association board member to serve. She stepped aside for in August for Webb to begin her interim presidency, with an official search document going out in November.

A native of Atlanta, CynthiaAnn Webb has a bachelor’s from Wellesley College and an MBA in entrepreneurship from Simmons, began her career on the business side at Fast Company magazine and Whole Foods Market and later led the New England Venture Capital Association for four years – widely credited with its revival – before going on to found the venture capital firm Underscore VC.

In 2015, she was rumored to have been shortlisted to lead the Greater Boston Chamber of Commerce. Though she didn’t get the position, Globe columnist Shirley Leung – calling Webb “a creature of Kendall Square and Cambridge” – urged the organization to ensure Webb had a seat at the table from which she could keep innovating.

But now any innovations by Webb will originate back in Kendall Square.

“The KSA board is thrilled to have C.A. Webb join us as the leader who will take the association and Kendall Square to the next level,” said Gallop, the association’s board chairwoman and MIT’s co-director of government and community relations. “The magic of Kendall Square is that we’re all working in a broad array of fields on a tremendous variety of innovative projects – thousands of them – yet we’re closely connected and actively pushing toward common goals. The KSA is already a central force in cultivating that magic connectivity, and it will only become more important as the region continues to grow.”