Do you love Siri? Technoskeptic film series screens ‘Her,’ with expert talk on AI after 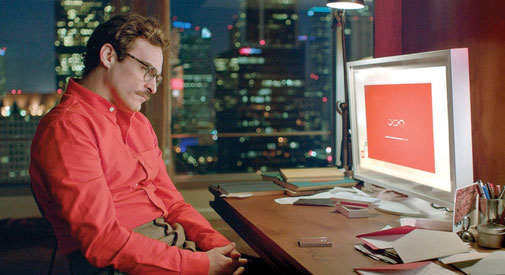 Do you love Siri? Technoskeptic film series screens ‘Her,’ with expert talk on AI after

If Spike Jonze’s film “Her” seemed plausible in 2013, only a couple of years after people learned to say “Hey, Siri,” to their iPhones, its man-falls-in-love-with-a-device plot seems all the closer now that we’ve provided space in our digital assistant harems to Alexa and Cortana.

Locally based online magazine The Technoskeptic is making “Her,” starring Joaquin Phoenix and Scarlett Johansson, its fourth in its “Technoskeptic Goes to the Movies” series April 18, in partnership with The Brattle Theatre.

“While raising questions about identity, reality and relationships, the film also presents a scenario that seems increasingly plausible as artificial intelligence becomes more sophisticated and people interact daily with virtual assistants,” said Mo Lotman, founder and publisher of The Technoskeptic – which, as suggested by its name, takes a critical look at the impact of technology on society.

Taking part in a discussion after a screening of the film will be Harvard computer science professor Sasha Rush, who develops natural language processing systems using deep learning; University of Massachusetts at Boston professor Sharon Lamb, an author and therapist who studies media stereotypes, sexuality and attachment; and Lotman. The topics: the reality of social artificial intelligence and the impact of technology on relationships.