Idea of adding time to school day returns, with officials calling for input from others 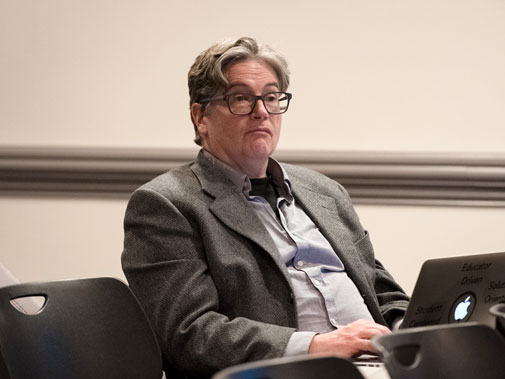 Idea of adding time to school day returns, with officials calling for input from others

A joint labor management group is recommending that Cambridge increase school time, starting in the fall of 2020. Cambridge Education Association president Dan Monahan and Assistant Superintendent Anda Adams reported on the group’s months of work, but the details – how much, whether it’s a longer school day, a longer school year or both, and how the time will be used – won’t come until staff, families and out-of-school partners get input. 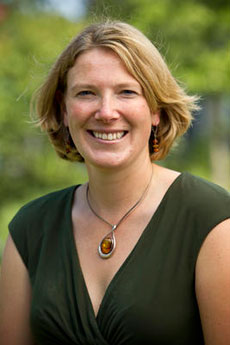 Anda Adams, a district assistant superintendent and co-writer of the report presented Tuesday.

In 2013, one year after the launch of the elementary restructuring of the Innovation Agenda, then-superintendent Jeff Young proposed adding one hour to the school day as part of contract negotiations. The resulting proposed three-year contract (with an additional retroactive year to cover school-based staff and administration who were working without a contract) failed 380-354 in a June vote.

One of the more contentious issues in that doomed proposed contract was that extra hour, planned to start in September 2014, with classes “beginning at 7:25 a.m. at the earliest and ending at 3:30 p.m. at the latest.” Several teachers said publicly and privately that they were unwilling to approve a longer day without having guaranteed input into how that time was going to be used. A petition started by a then-high school student had 129 signatures opposing the change, in which parent Julie Viens wrote, “Can we figure out the Innovation Agenda first? One major, sweeping, drastic change at a time, please!” A contract was signed a few weeks later, without the extra school time.

The most recent contract with teachers and administrators, effective back in September, included the creation of several working groups, including one “to explore issues related to the length” of the school day and/or year, made up of 22 educators, administrators and one School Committee member, Fred Fantini.

“Tonight, we are not presenting a proposal,” Adams said, “but sharing work done over a number of months.” Although the presentation included a “recommendation” to the superintendent of increased time, “we both recognize that we are only two of the stakeholders and that others need to be part of this conversation.” The group did get broader educator input through two forums and an online feedback survey, responses from the CEA union’s professional learning committee, and through monthly Administration Council meetings.

The group identified “goal criteria” such as schedules that balance family schedules with “enrichment, extracurricular, student work and athletic opportunities, developmentally appropriate” student time, alignment to the district’s plan goals such as rigorous, joyful learning and a structure that is “financially feasible and sustainable” – taking into account fair staff compensation and adequate staff, space and transportation.

The group undertook a detailed analysis of how time is spent in each grade, Monahan said, by using National Center for Time and Learning resources that allow compilation and comparisons of student schedules. The findings were:

Use of time varies across schools.

Many students, especially special education students, have fragmented learning experience, being pulled in and out of class for individual work.

Particularly at the elementary level, there is very little time during the week when everyone is in the class together. This has an impact on classroom climate.

There is little flexibility in schedules for emergent needs; they are extremely rigid because of state and local requirements.

There is insufficient “human time” for all grades for students and staff.

The specific recommendations are to increase time to provide “sufficient instructional time” for all students and individual student needs; more time for recess, lunch and class transitions; educator collaboration within and across buildings; and professional learning. The next four months are slated for gathering community and partner organization input with an eye toward implementation in the fall of 2020.

Devil in the details

“This is incredible work,” committee member Emily Dexter said. “it is methodical and beautifully done.” She looked forward to including community input as soon as possible, and she and committee vice chairwoman Kathleen Kelly pressed for more details on how stakeholders will be involved.

“We want individual school-based perspectives,” Superintendent Kenneth Salim answered. “We are also mindful of reaching out to others who don’t come to meetings.”

Dexter worried about one explicit goal to increase elementary school half-days, which were described as a desirable way to create uninterrupted learning time for staff. “We already have a lot of release days,” she said, adding that by her count “only 60 percent of school weeks are full weeks” – what with release days, holidays, vacations and high school days when students are released while 10th-graders take state standardized tests. “It’s a huge impact on families and students,” she said.

Dexter also asked whether a later start for the high school was on the table, given research that teenage body clocks are set for waking up late. “It’s come up a lot with the attendance violation discussions,” she said, referring to the high school policy to dock student grades for excessive tardies and absences. Most tardies at the high school are for the first period of the day.

Specifics such as that, Anda said, “are not at this level of recommendation, though it is on the table for the process going forward.”

“There’s no solid research showing that additional time closes achievement gaps,” member Patty Nolan said. “I’m in favor of extending the school day” or the school year, she said, “but I hope we do the really hard work” at looking at the data. “We already have two schools that have extra hours,” she said of the Dr. Martin Luther King Jr. School and Fletcher Maynard Academy, “and while they are in the top half [of district performance], there are other schools [at that level] or higher with two hours less.”

Salim and Nolan fenced a bit about what the research showed, with each promising to share resources with each other. As Salim pointed to charter schools and some research showing positive effects from more school time, Nolan countered that “time is not the only thing they attribute change to,” and referred to work she and other members saw at last month’s National School Board Association meeting that included other tools, such as “teacher mentoring.”

“There is no silver bullet,” Salim said. “We focused on how we are using our time.”

“I’m worried that this is an expensive route,” Nolan said.

While Dexter agreed with Nolan that the data associating improved achievement with increased school hours were weak – “even the Education Resource Strategy consultant report we got was pretty ambiguous that time had anything to do with improvement – we need to be clear whether we would be doing this for achievement or for other reasons. I’m not sure we should say we are expecting achievement gains,” she said.

“The perspective I’m trying to take,” Kelly said, “is that this is one piece among many. For me, it’s around how is time used. It could also be helpful to hear what the other levers are. That will evolve as [we] talk with communities.”

Fantini said he had been “skeptical at first” of adding extra time, “but now I’m hoping we can continue the process. I feel the pain of the elementary grades, which I think is the strongest case for more time. We have to see what we want out of this investment. I also want to make sure we can pull it off – spend the money and get the results we want.”

Member Laurance Kimbrough agreed with Fantini’s mix of concern and desire to see more, saying the issues touched on are coming up in his school climate subcommittee meetings, but added another urgent need: “I am open to any ideas about moving the needle for student achievement. I believe that as a district we should be focusing more time on anti-racism and on students of color. Just extending the school day doesn’t mean that we are moving the needle.”

Mayor Marc McGovern, who with Fantini represented the School Committee in the failed 2013 negotiations for more school time, warned there was a “lot of pushback from out-of-school providers,” and that what is done with the time is a critical factor in whether stakeholders agree to the plan.