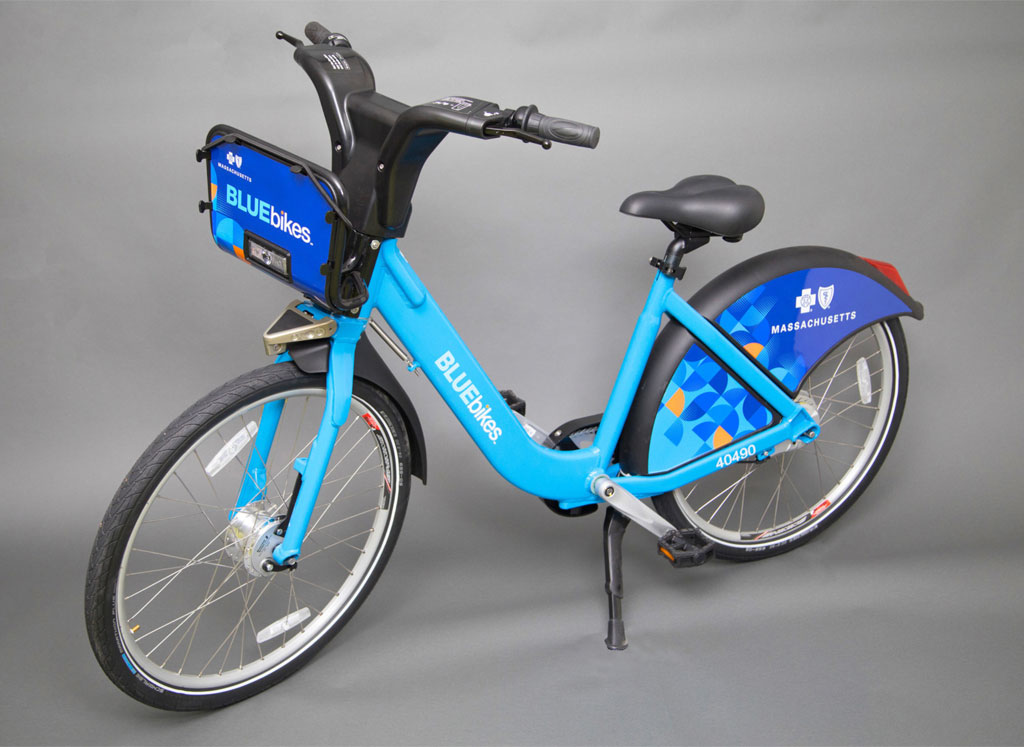 Blue Bikes will continue to be owned by the cities of Cambridge, Somerville, Boston and Brookline and operated by the company Motivate, but officials said the new sponsorship will let the system expand to 3,000 bikes by the end of 2019, up from the current 1,800. There are also plans for a 100-station expansion throughout the member cities, up from 185 – making the goal of reaching into “every neighborhood in all four cities” now in sight, said Marc Draisen, executive director of the Metropolitan Area Planning Council – and for upgrades to the system such as new bikes, mobile app features and more valet service at busy stations.

The system launched in Boston in July 2011; its expansion in August 2012 started with a mere eight stations in Cambridge, but the city has been an enthusiastic adopter – it kept stations open in winter, a practice other cities now follow, and it hosts four of the five most used stations. (The most visits last year were 86,199 to a Massachusetts Institute of Technology station at Amherst Street, followed by 58,811 at a station at MIT’s Stata Center, according to Hubway. The next down the list is for 55,440 visits at South Station in Boston.)

Cambridge has 49 stations. Sixteen more are planned for 2018, which will add 176 bikes, officials said in December, while cutting $800,000 off spending from the annual budget – funding that has been picked up by Blue Cross Blue Shield. The new contract with the health insurer includes a doubling of bike stations in Somerville, said that city’s mayor, Joe Curtatone.

In March, the bike rental system touted the ways low-income residents can ride for $5 per month or $50 annually by presenting proof of participation in public assistance programs such as Emergency Aid to the Elderly, Disabled and Children; getting free or reduced school lunches; receiving fuel assistance; using Section 8 housing choice vouchers or other public housing; MassHealth; Pell Grants; SSI/SSDI; SNAP/EBT; Transitional Aid to Families with Dependent Children; or WIC.

And through the end of May, Switzerland Tourism is sponsoring free rides in Motivate-operated systems across North America, including on Blue Bikes, through the website myswitzerland.com/bikes, which lets people send postcards containing free ride codes. Each postcard enters the sender in a sweepstakes with a trip to Switzerland as the grand prize.

What’s the connection? “Switzerland isn’t just about skiing and hiking in the Alps,” said Alex Herrmann, director of Switzerland Tourism’s work in North America. “Switzerland offers 5,600 miles of cycling routes and 2,800 miles of mountain biking trails as part of a program called SwitzerlandMobility. Cyclists can also enjoy a group of Swiss hotels specializing in hosting travelers with bicycles. For any bike rider looking for their next vacation, [Switzerland] ought to be at the top of the list.”