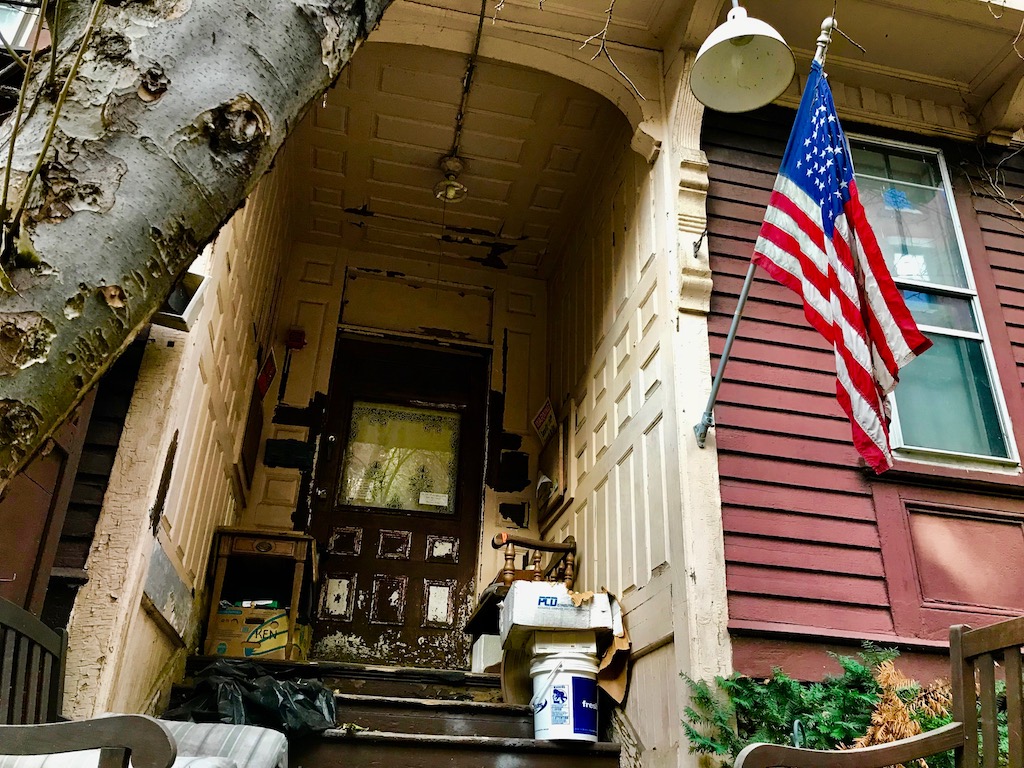 A long-empty 12-unit apartment building at 12 Arnold Circle is the subject of a legal class that gets a hearing Thursday before the Board of Zoning Appeal. (Photo: Marc Levy)

The city’s Veterans Services department and the Cambridge Veterans’ Organization plan their annual Memorial Day Parade and Observance starting with a cannon salute at 9:30 a.m., proceeding through Harvard Square up Mount Auburn Street to Coolidge Avenue and concluding at Cambridge Cemetery. An observance will be held at the cemetery at around 11 a.m., followed by a brief memorial ceremony at the Weeks Bridge in honor of military personnel lost at sea. A collation will end the day at the VFW Mount Auburn Post 8818, 688 Huron Ave., in the Strawberry Hill neighborhood. Participants in the events include veterans groups, elected officials, police and fire personnel, color guards, bands, drill teams and youth organizations.

Student leaders from Cambridge Rindge and Latin School, Somerville High School and the Cambridge Community Charter School hold a panel discussion on gun violence with students from Marjory Stoneman Douglas High School in Parkland, Florida. This event is part of the “Our Path Forward” series presented by Cambridge’s libraries to affirm its commitment to public discourse and democracy.

In the lecture hall of the Cambridge Main Library, 449 Broadway, Mid-Cambridge.

Public event from 6 to 8 p.m. Wednesday

After five reports of early morning gunshots within a 50-day stretch in The Port and Wellington-Harrington neighborhood, Police Commissioner Branville G. Bard Jr., Mayor Marc McGovern and City Manager Louis A. DePasquale will answer citizens’ questions about the city’s response to the shootings and its strategies for reducing gun violence.

At the Pisani Center, 131 Washington St., in The Port neighborhood.

A 12-apartment building empty for years near Central Square at 12 Arnold Circle is in receivership and could be revamped to become usable again – but there’s a legal clash over whether it will be required to include affordable units. The city argues that it’s over the 10-unit limit that demands “inclusionary housing” and has been unused for more than two years, which undoes grandfathering from its expansion from eight units back in 1961. The potential redeveloper, Sean Hope, argues through attorney Mark Bobrowski that the two-year rule that would bring the inclusionary housing rule into effect doesn’t apply and that “contrary determination would make the project economically infeasible and likely result in continued litigation and a delayed renovation.” The owner of the property since 1974 cannot afford to fix the house’s health and safety issues on his own, and the site went into receivership in October, stayed by a judge in February.