Police investigate gunfire by The Port park; no injuries reported, as in recent incidents 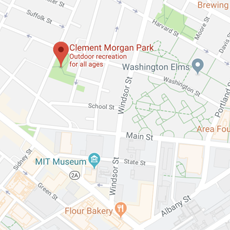 Police investigate gunfire by The Port park; no injuries reported, as in recent incidents

The ninth gunfire incident of the year – like most, with no reported victim – took place at 4:40 p.m. Wednesday around Clement Morgan Park in The Port neighborhood, where officers remained on the scene investigating into the evening, police said.

Shell casings were found from the shots fired, which followed an argument on Columbia Street, police said, citing residents.

All but one of the year’s shootings have been in The Port and Wellington-Harrington neighborhoods, and most have taken place in the early morning.

With a doubling of gunfire incidents from last year, a community discussion led by Police Commissioner Branville G. Bard Jr., Mayor Marc McGovern and City Manager Louis A. DePasquale was held a week ago at The Port’s Pisani Center.

Bard was asked about causes for the spate of shootings. “We don’t have any information that’s necessarily connecting one to another … they’re isolated incidents,” he told residents, according to Amy Saltzman’s report in the Cambridge Chronicle. “Why? I don’t know … Seems like people took it upon themselves to fire a shot in the air and that was it. Nothing seems to lend itself to retaliation.”

The most recent previous shooting took place hours before that meeting – at 3:58 a.m. at Richie’s Shell at 1001 Cambridge St., in Wellington-Harrington, when a clerk was shot in the foot after confronting a man stealing a bottle of water – and that was only about four hours after a gunfire incident at Washington Elms and Harvard Street, in The Port.