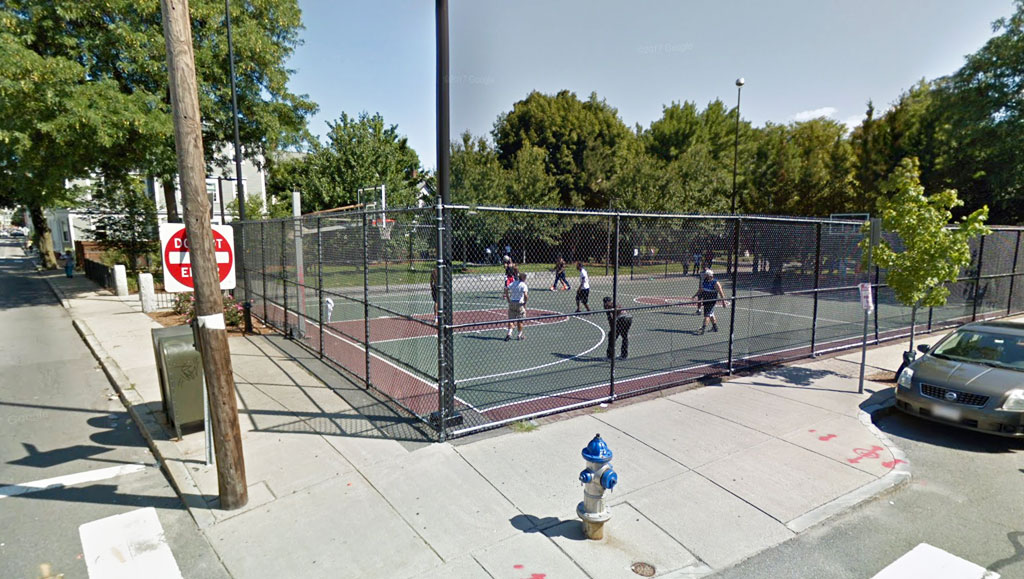 Clement Morgan Park was the scene of an argument Wednesday that led to shots being fired. (Photo: Google)

Police have arrested a suspect in a Wednesday gunshot incident around Clement Morgan Park in The Port neighborhood.

Shawndell Johnson, 22, of Putnam Avenue, who has previously been accused of drug dealing, was taken into custody by police Friday at his home after being identified as the shooter, said Jeremy Warnick, director of communications and media relations for Cambridge police.

Police arrived after the reports of shots fired at 4:40 p.m. Wednesday and “were able to quickly locate eight shell casings in and around the park,” Warnick said.

The people reporting the incident said several men had been arguing before the gunshots rang out. The suspect was seen arguing with another man across the street from the park, Warnick said.

“Multiple individuals in the area of the gunshots were identified and questioned by officers about the gunshots and any argument, but there was limited cooperation,” Warnick said. Undaunted, officers “maintained an active and visible presence in the area” over the next two days, speaking to residents and finding and reviewing video surveillance.

The investigation resulted in a warrant for Johnson’s arrest on multiple charges, including armed assault to murder, discharging a firearm within 500 feet of a building and carrying a loaded firearm without a license. Johnson had an existing warrant for possession of a Class D drug with intent to distribute, police said.

This was the ninth gunfire incident of the year. All have taken place in The Port and Wellington-Harrington neighborhoods; most have been in the early morning and resulted in no reported victims, though a May 30 confrontation between a Shell station and a man stealing a bottle of water resulted in the clerk’s foot being grazed by a bullet.