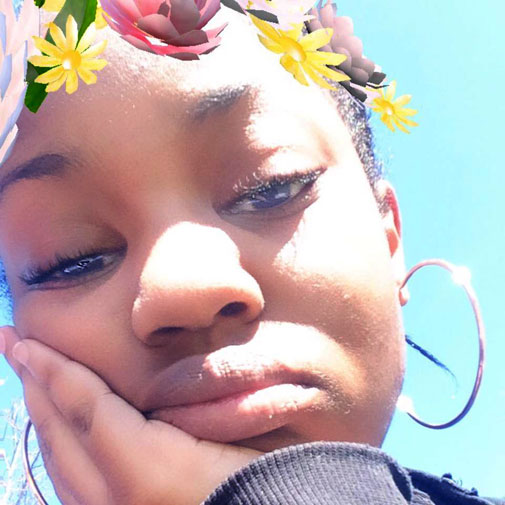 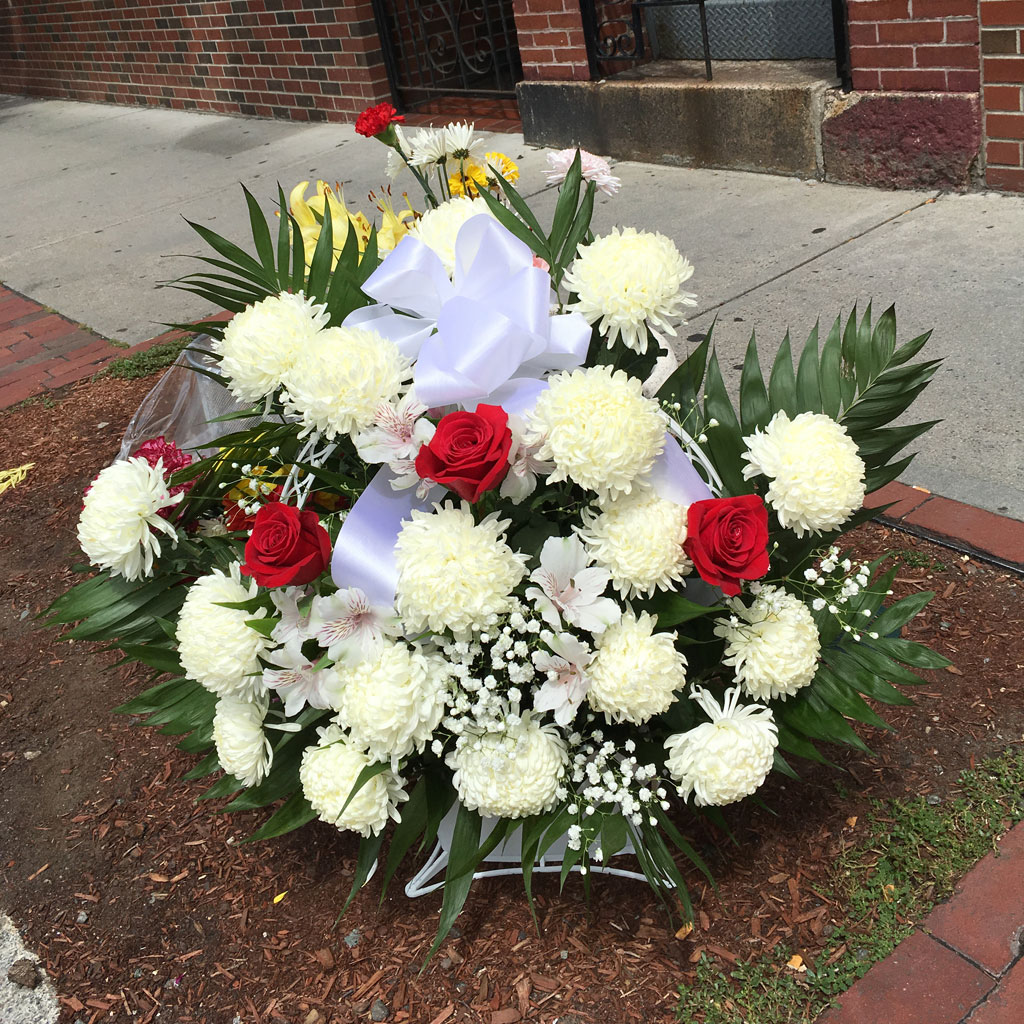 Flowers have been left a at Cambridge and Warren streets as a memorial for the girl who died from a Sunday incident there. (Photos: Jean Cummings)

There will be a candlelight vigil Wednesday night in memory of the 15-year-old girl student who died Monday after an assault on Cambridge Street, said Cambridge Rindge and Latin School principal Damon Smith.

Update on July 25, 2018: The girl was identified Wednesday as Richelle Robinson, who was described by her family as a fun-loving person who enjoyed dancing and hoped to become an EMT.

People will walk from the Lechmere green line MBTA station at 6 p.m., leading to a candlelight service at Cambridge and Warren streets in the Wellington-Harrington neighborhood. That’s where police believe the girl was walking to an acquaintance’s house at 6:30 p.m. Sunday when she was shoved to the ground, striking her head.

The victim was taken to an area hospital in critical condition, but at 2:45 p.m. Monday was pronounced dead.

Richelle Robinson, 15, in a profile photo from her Facebook page.

Investigators are are trying to find and identify witnesses to the incident, including information concerning the identity of a person seen in the area on a bicycle. People with information they believe will be helpful may contact Massachusetts State Police assigned to the Middlesex District Attorney’s Office at (781) 897-6600, or left anonymously with Cambridge police at (617) 349-3300 0r by calling a hotline at (617) 349-3359 and leaving a message.

It’s the first death by violence of a CRLS student since the June 3, 2012, shooting of Charlene Holmes, 16. She and friend Thanialee Cotto, then 17, had been hit by gunfire from an apparent drive-by shooting aimed at someone else. The girls were taken to a local hospital, where Holmes was pronounced dead from a single gunshot wound to the chest. The crime has never been solved.

The victim of the Sunday incident still hasn’t been identified officially, though fellow students at the high school are speaking about her. Cambridge Youth Programs were present for grieving school friends and others Tuesday at two youth centers, and small memorials, mainly flowers, have been placed at the scene of the incident on Cambridge Street.

The Wednesday vigil, a student organizer said, will be “open to people who just knew her and want to pay respects.” She is working with Officer Gus Lopez from the Cambridge Police Department and said police will have officers there, including youth resource officers, according to Smith.

Jean Cummings contributed to this report. It was updated July 26, 2018, with the name of the victim.