Suspect in breaking and entering was found not far away, police say after morning search 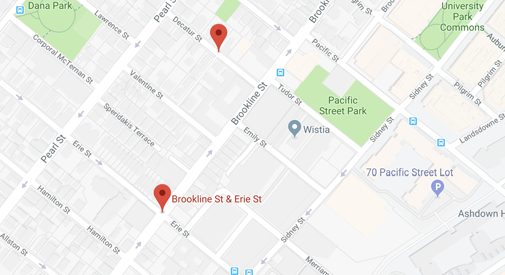 Suspect in breaking and entering was found not far away, police say after morning search

A police investigation of a breaking and entering early Saturday led to an arrest about an hour – and a second crime – later.

Police went to a Decatur Street home in Cambridgeport at 4:08 a.m. after a resident reported hearing a window in their home being broken. Officers arrived within minutes, confirmed the home had been broken into and found the resident’s car had been stolen, according to a department press release. They were still investigating at 4:41 a.m. when they heard a home was being broken into a few blocks away, on Erie Street near Brookline Street, also in Cambridgeport

They began an extensive search of the area with several officers, including a Boston Police Department canine officer, and at around 5:05 a.m., the stolen car was spotted on Essex Street near Massachusetts Avenue in Central Square. Police arrested a suspect inside a nearby ATM: Spencer E. Santos, 23, of Cambridge. 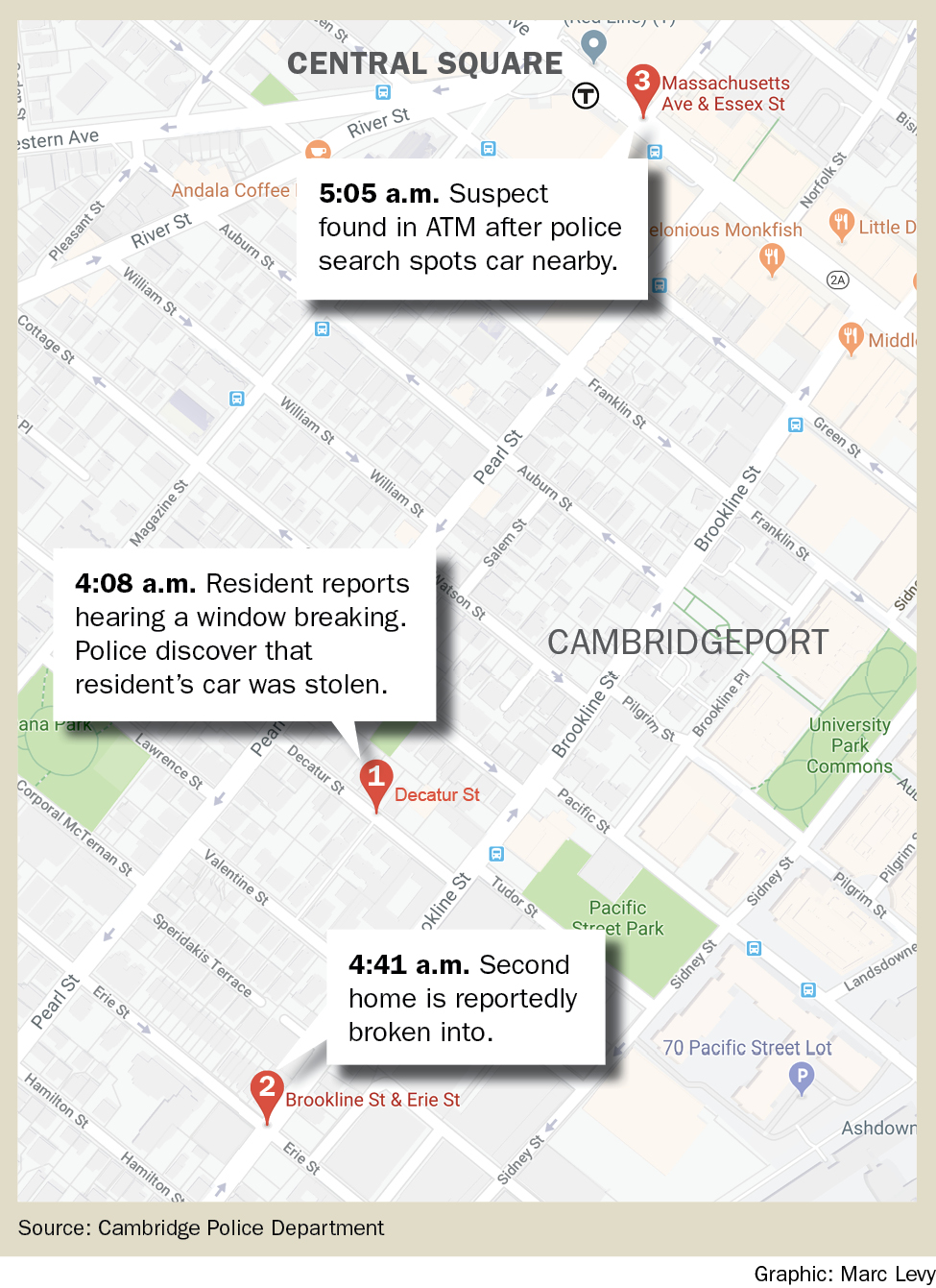 Santos was arrested and charged with larceny of a motor vehicle and unarmed burglary. He was also arrested on an outstanding Cambridge District Court arrest warrant for breaking and entering. He was arrested May 31 for entering a Fayerweather Street home at 7:12 a.m. The arrest report described him as homeless at the time.

Police detectives continue to investigate. Anyone with information is asked to call Cambridge Police at (617) 349-3300. Anonymous reports can be left at (617) 349-3359; sent by text message to 847411 (begin your text with TIP650, then type your message); or by email by visiting CambridgePolice.org/Tips.