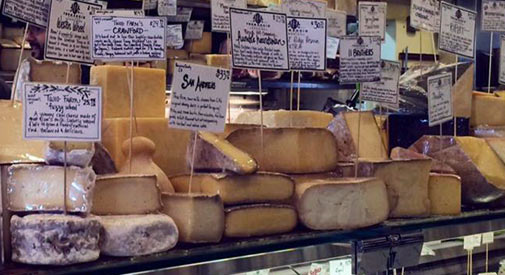 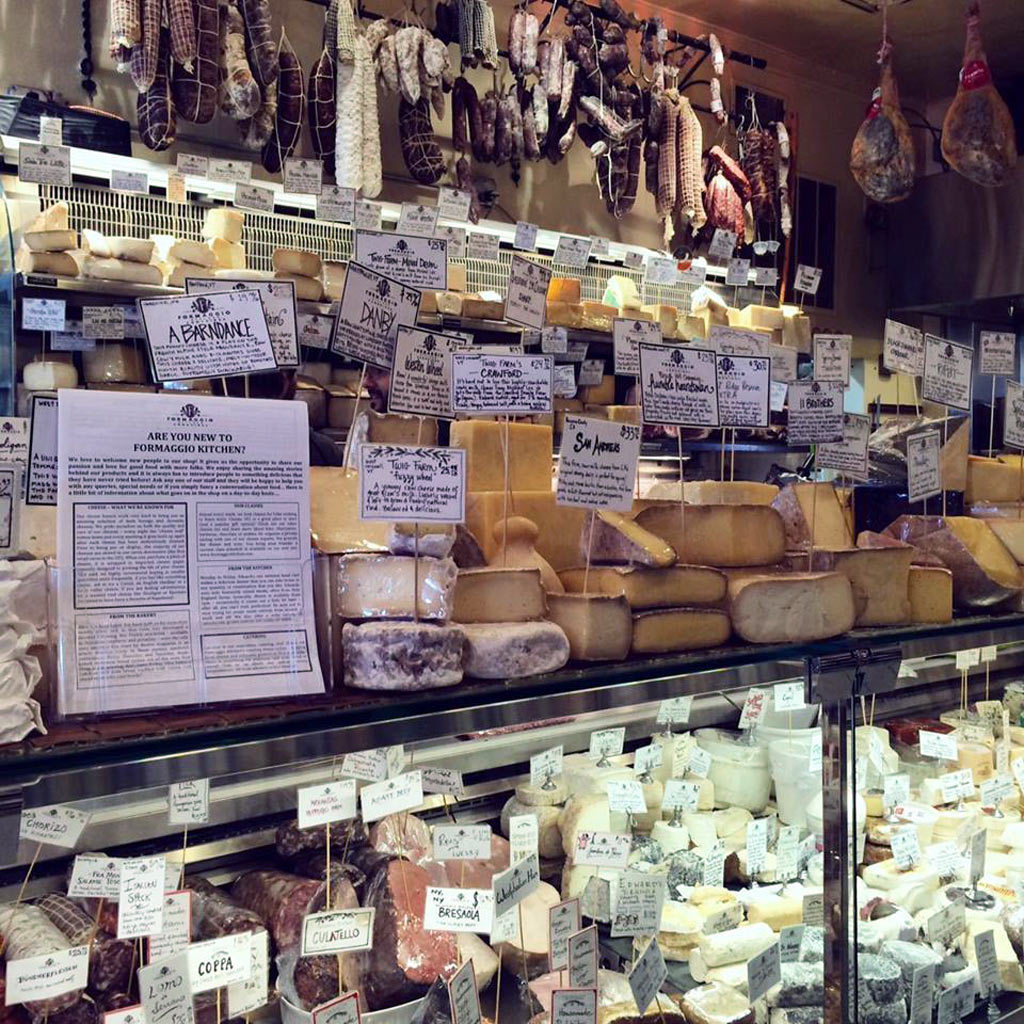 Formaggio Kitchen, which opened 40 years ago in Huron Village and adds a Hampshire Street location as soon as September, is renowned for its cheese selection. (Photo: Formaggio Kitchen via Facebook)

Formaggio Kitchen celebrates its 40th anniversary in September, which might also mark the opening of its fourth location. The new Kendall Square space, however, is more about the growth of the Formaggio catering business than about a surging need for gourmet cheeses, charcuterie, wine and chocolate.

“The catering is growing so much, and we only have so much footprint in the [Huron Village] location,” said Valerie Gurdal, co-owner of the small chain with husband Ihsan Gurdal. “We kept looking for space to move – and this sort of came up. It has a big kitchen space, and that would ease the pressure on the kitchen here.”

The space has a big kitchen because it was a former Edible Arrangements shop. Shoppers should be able to find the new Formaggio in September or October at 94 Hampshire St., on the edge of The Port neighborhood, next to the Lord Hobo bar and grill. In addition to the 40-year-old original shop on Huron Avenue, there’s a Boston shop that opened on Shawmut Avenue in the South End in 1999 and a tiny New York outpost that opened in the relocating Essex Street Market in 2006.

While it’s unlikely the Huron Avenue store’s Saturday barbecues will become a thing for Port and Kendall Square customers – the sidewalks may be too narrow, Valerie Gurdal said – at least people will be spared a kitchen-only location where they’ll see and smell food being made before being driven immediately away.

“The storefront was cute, and everything just kind of worked, so we’re like, why not put a little retail in the front?” she said.

The roughly 2,500-square-foot store on Hampshire Street is getting plumbing and electrical upgrades and awaiting a cheese case – from Italy – but may yet open in time for Formaggio’s 40th Anniversary Celebration street party, being held Sept. 23 on Huron Avenue. Wristbands are $10 for live music, kids activities, a raffle with $5 tickets, a beer garden, food samples and unlimited small bites from local restaurants including Alden & Harlow, Coppa, Island Creek Oyster Bar, Loyal Nine and Oleana, with profits from ticket sales going to the Food for Free nonprofit.