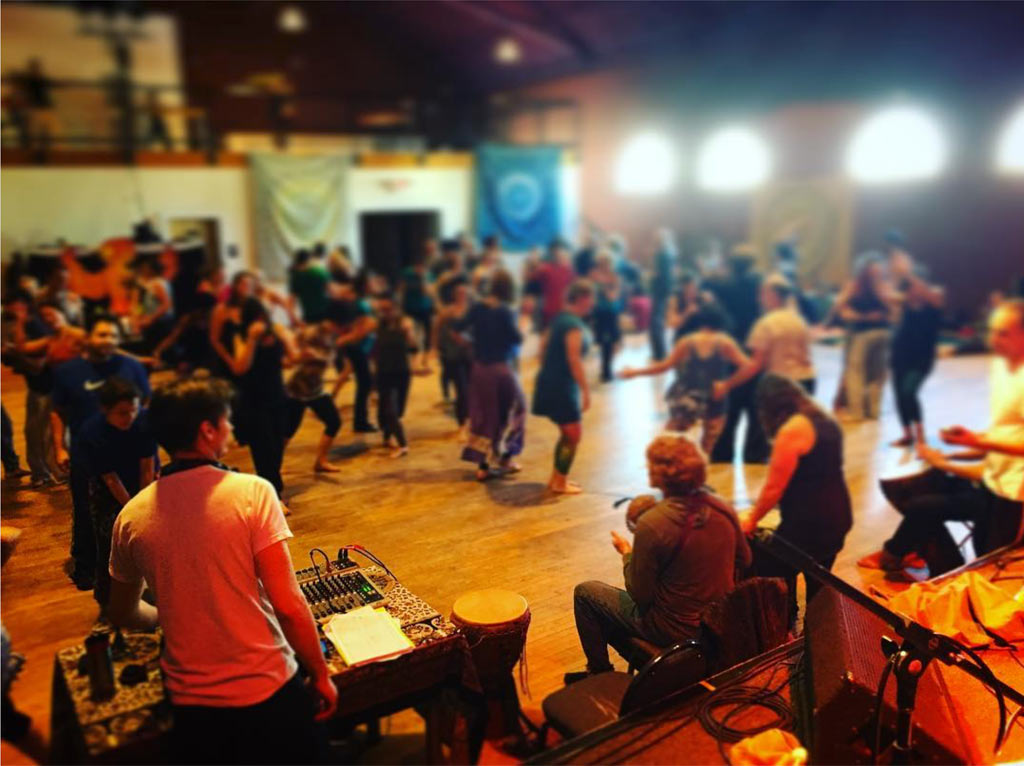 I-Opener Dance holds an event at the Armory in Somerville, which hosts 13 organizations and nonprofits. (Photo: DJ Lumious via Instagram)

Since discussion of sexual harassment and a possible sexual assault at The Middle East nightclub complex in Central Square, leadership at a Somerville arts organization is making sure people understand its relationship – or lack of one – with the embattled nightclub owners.

Joseph Sater retired this week as a result of a sexual assault allegation his family said in a statement was “absolutely not true.” The Sater family owns and manages The Middle East and its ZuZu and Sonia properties in Cambridge, and in 2004 it bought the Armory building in Somerville; it’s landlord to the Center for Arts at Armory at the 191 Highland Ave. building, which also holds a dozen other tenants. The building owners have no role beyond collecting rent checks, the nonprofit clarified in a Friday email.

The center “has received several inquiries about its relationship with the Sater family and The Middle East,” according to the email.

Building owner Highland Armory Realty Trust “is a private firm whose principals include members of the Sater family. Neither Highland Armory Realty Trust nor any of its principals have any involvement in the operation or control of the Arts at the Armory organization. The Trust is our landlord; the Center is its tenant,” Arts at the Armory’s executive director, Lea Ruscio, stressed in the statement.

“I want to reiterate in the strongest possible terms that Arts at the Armory has been and remains committed to providing a safe and welcoming venue for all performers, artists, audiences, staff and community members. Our organization maintains a zero-tolerance policy regarding sexual misconduct or harassment of any kind – and will continue to do so,” Ruscio said. 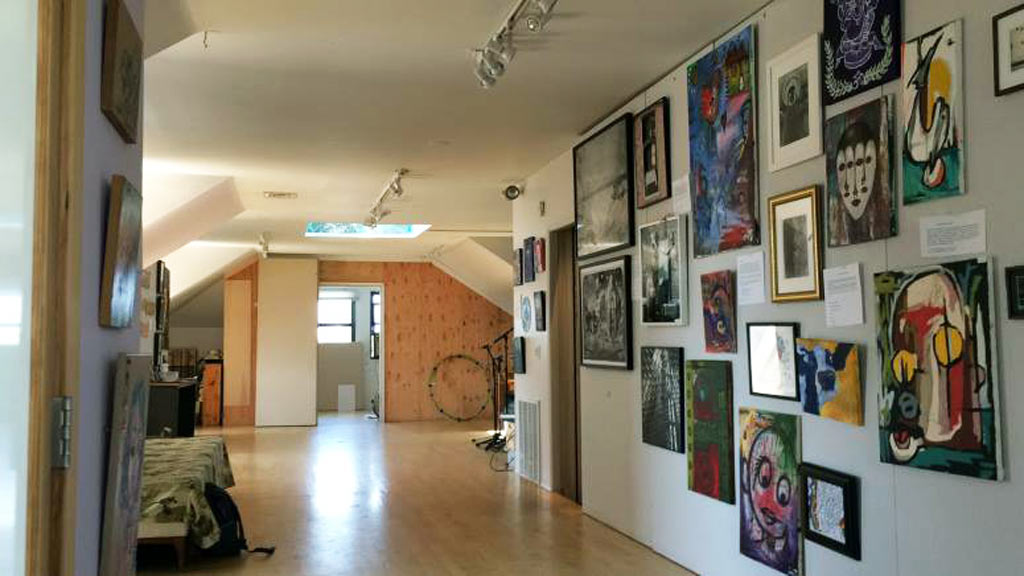 The Out of the Blue Too Art Gallery, once a fixture in Central Square, has moved into a space called The Firehouse at 14 Harvard Ave., Allston. (Photo: Parama Chattopadhyay via Facebook)

Something similar was produced Friday from the Out of the Blue Art Gallery, a one-time Central Square institution forced out in December by rent increases but finding a new home in Allston at a Sater-owned building called The Firehouse.

Founder Tom Tipton and business manager Parama Chattopadhyay have written a statement to “address some concerns of the community” and assure performers and patrons “that first and foremost the safety and comfort of all is of primary importance.” Echoing Ruscio’s statement, it says their space is a zero-tolerance zone for “harassment, abuse or disruptive behavior by anyone working, volunteering, performing or attending events” that includes sexism, racism, homophobia, transphobia and violence.

Incidents or discomfort should be reported to management, including Chattopadhyay, a survivor of a sexual assault, the statement notes. The new gallery will have BARCC training; cameras for security and safety; vetting for volunteers; and reporting forms on hand.

Debate goes on online about what might have happened at The Middle East and whether it’s a safe or uncomfortable environment. There are no criminal charges filed or firsthand complaint heard in the controversy, which ensued without the kind of specifics that have sparked similar public conversations, including a 2016 incident leading to the firing of a manager at the square’s former Out of the Blue Art Gallery.

In the meantime, some performers and customers have decided to boycott The Middle East. Edrie, of the band Walter Sickert & the Army of Broken Toys, described onstage the conflict behind deciding to carry on with a performance there Wednesday, with all of the proceeds from its appearance being donated to the Boston Area Rape Crisis Center. (“This is going to hurt us as a band, I’ll be honest with you,” she said. “This is a lot of money.”)

“What we want to do is as a band is focus on what we could to to make at least parts of this horrible situation better,” Edrie said in a five-minute talk before the band’s set. “The livelihoods of the people who work here are dependent on us coming here and on people being happy and being able to create a space to experience that art.”

The physical presence of the arts in Cambridge is often tenuous, sometimes from the burdens of paying constantly rising rents. Out of the Blue’s Tipton said that though it was “hard to say” what part of his troubles keeping up with rent resulted from a boycott after the sexual assault incident – even after the firing of the accused – but “it certainly didn’t help.”

There are people upset that his gallery is moving in to a space in Allston owned by the Saters, but the family is the now rare landlord willing to extend a hand to the arts without requiring three months’ rent to start, Tipton said.

Asked about risk to the bottom line of her Armory arts organization, Ruscio said, “We haven’t seen any impact like that … cross our fingers, we have not had issues with artists boycotting here, and it’s not something we’d want to happen as a result of things unrelated to us as a tenant.”

The Central Square Business Association’s executive director, Michael Monestime, said he wasn’t able to comment Friday on the financial impact of a boycott at The Middle East.

The Saters themselves face financial pressures: The family spent $7.1 million buying its property in Central Square in 2014 after a threat that the former landlord would sell it out from under them.

But the venue’s statement of innocence – to what it called “unsubstantiated third-party claims on social media” – was not enough, Edrie said, asking formally for management to take further steps.

“Regardless of what the statement is and regardless of what the history or background is, this is happening, and it’s [brought] community involvement and it’s a great place to take a lead in creating a better culture around it. The statement … does not have those next steps,” she said, asking for “a plan created by them and the community to make this space a place for art instead of a place for thinking about things that could happen, if you’re worried about those things. And a space where you feel comfortable playing here as an artist – or working here.”