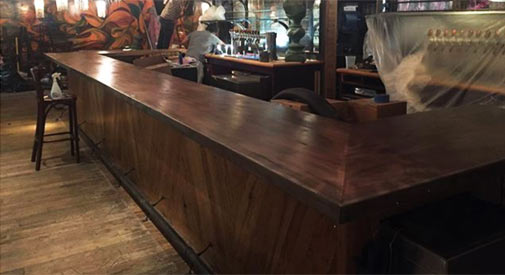 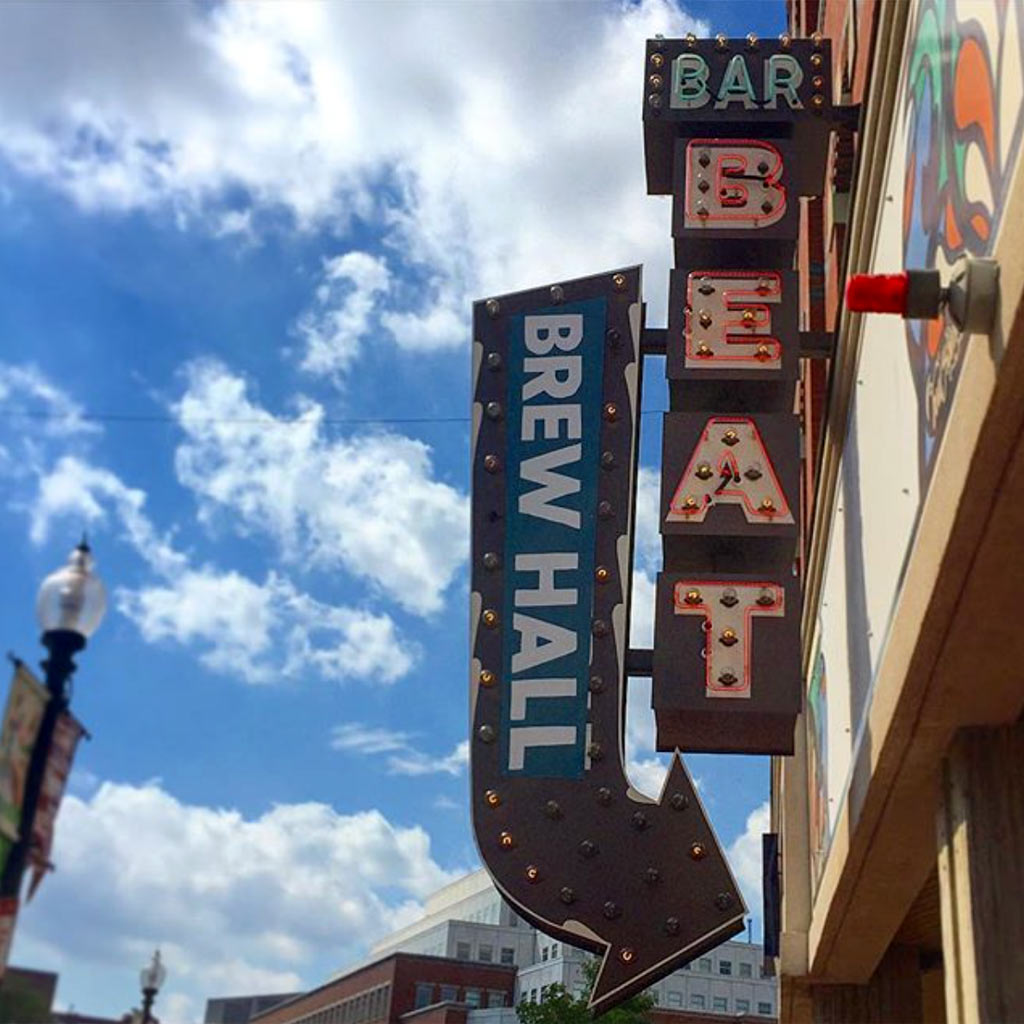 Beat Brasserie – which opened as the jazzy Beat Hotel in 2013, inspired by the hippie and beat movements – has reopened in time for Oktoberfest with a changed name, and transformed into a beer hall.

Now known as Beat Brew Hall, the 13 Brattle St., Harvard Square, establishment is the same size (360 seats, 9,000 square feet) and maintains the team of co-owners (Jack Bardy, Bill Keravuori and Jennifer Epstein, also the team behind the Beehive in Boston’s South End), but will now be programmed to pay “homage to the longstanding traditions and convivial beer hall culture found throughout Europe, while celebrating the city’s local art, culture, food and community,” according to a Wednesday email from the team. The team wants to create “the quintessential Harvard Square hangout.”

The beer: craft brews from across the region and globe, with more than 24 on draft and more available by the bottle and can, as well as signature cocktails and a rotating assortment of “liquored-up slushies” and large-format punch bowls for groups of four or more – a beer hall version of the scorpion bowl.

The food: Executive chef James Lyons has rolled out a vegetarian-friendly menu of beer hall-style, “playful, approachable” dishes with more than a little barbecue influence, including grilled chicken wings; hot smoked salmon with pickles; barbecue carrots with house ranch; brick-oven flatbreads such as crispy duck with egg, jalapeño, scallions and mozzarella and Brussels sprouts with bacon jam and smoked cheddar; and large plates of smoked brisket, chicken and the like with salads, sandwiches and burgers.

Beat Brew Hall will have a regular schedule of live music, bar games such as shuffleboard and billiards and community activities, with a 30-seat bar and large communal picnic tables lining the main dining room, the team said. A separate backroom bar and lounge area is under construction; while final plans for the room were still in flux Wednesday, patrons were promised a stage for live music, readings and other programming. Hours were also not firmed up yet, though the Beer Hall is obliged to be open to the hours on its license – until 11 p.m. Monday through Wednesday, until 1 a.m. Thursday and until 2 a.m. on weekends.