Dump truck driver being cited for fatality, seen as resulting from backing up for turn 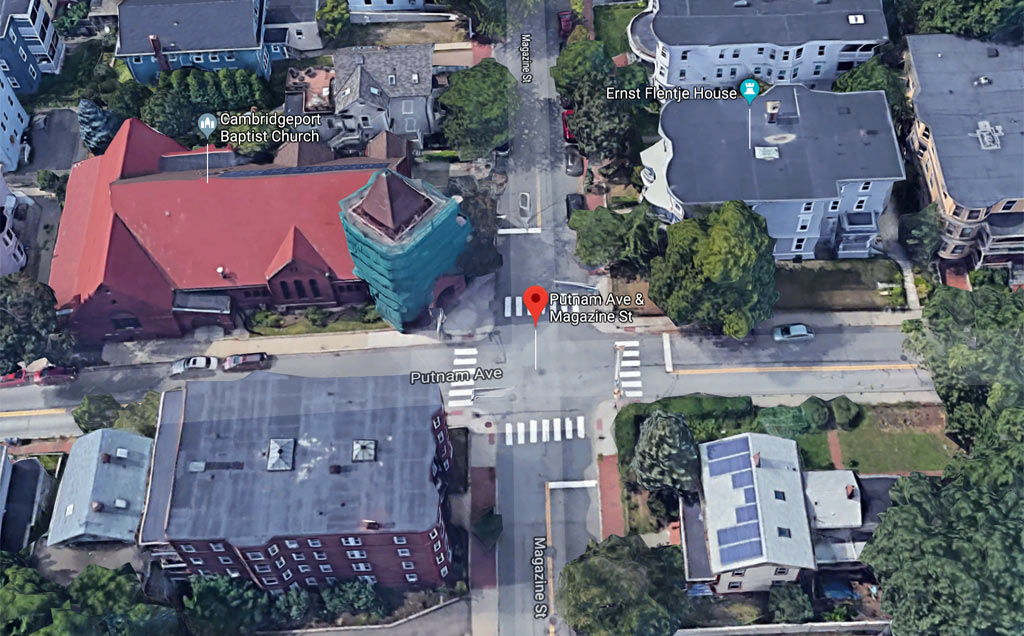 Dump truck driver being cited for fatality, seen as resulting from backing up for turn

The location of a fatality that happened Friday in Cambridgeport. (Image: Google)

A 54-year-old Methuen man has been cited for negligent operation in connection with the crash that killed Jie Zhao, 27, of Cambridge, on Friday at Magazine Street and Putnam Avenue in the Cambridgeport neighborhood, Middlesex District Attorney Marian Ryan and Cambridge Police Commissioner Branville G. Bard Jr. said Tuesday.

A preliminary investigation suggests that at around 6:45 p.m. Friday the driver of a a commercial dump truck was driving on Putnam Avenue toward Newton Street just past the intersection of Magazine Street when, in an apparent attempt to turn right onto Magazine Street, he began to back up the vehicle. The driver hit the Zhao with the rear of the vehicle, the officials said.

Zhao was pronounced dead at the scene. The driver stayed after the crash.

The name of the driver is not being released and a court date has not been scheduled, the officials said. The investigation is still considered “open and active,” and is being pursued by the Middlesex District Attorney’s Office, city police and the State Police collision analysis and reconstruction unit.

This post was updated Oct. 18, 2o18, to clarify that the driver is being cited in the incident, but not charged by police.