Man suspected in stabbing is on the run, police say; seek public help in finding him 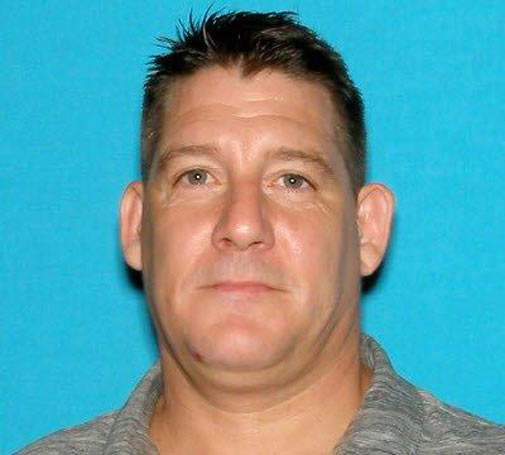 Man suspected in stabbing is on the run, police say; seek public help in finding him

Police seek Russell Giacchetto, 51, as a suspect in a stabbing. 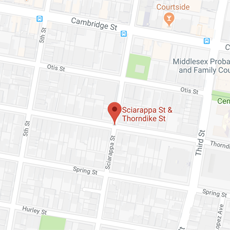 Police are seeking the suspect in a stabbing at Thorndike and Sciarappa streets that led to an “active barricade situation,” with the suspect holding off officers with threats of access to a gun, Cambridge police said.

The suspect has been identified as Russell Giacchetto, 51, from Cambridge. It is not confirmed that he is armed, but police confirmed shortly after 10 p.m. that it is still believed he had “access to a firearm.”

Officers went to the scene in East Cambridge shortly after 6 p.m. for reports of a stabbing, when a man fled a home with what were believed to be non-life-threatening stabbing injuries. He was taken to a local hospital for treatment, police said, and attention turned to the male suspect believed to be still inside the residence with possible access to a firearm, said Jeremy Warnick, director of communications and media relations for Cambridge police.

“Out of an abundance of caution,” police closed streets in the immediate area while negotiators and tactical officers were brought in, Warnick said. Residents were asked to avoid the immediate area as officers tried to communicate with the suspect “and peacefully deescalate and resolve the situation.”

But when tactical officers finally entered the Thorndike Street residence, a thorough search determined the suspect had escaped – apparently before police set up a perimeter.

“An active investigation into the whereabouts of the suspect is ongoing,” Warnick said.

In February, a 50-year-old named Russell Giacchetto from Medford was arrested at the CambridgeSide mall for trying to sell marijuana there. But a far more serious allegation resulted from a 2015 attack at a Danvers motel, where the Newburyport News reported that the Medford man had met a woman known to him from a dating site and delivered what a prosecutor referred to as a “savage” beating for no apparent reason – leading a judge to label Giacchetto a danger to women.

According to Julie Manganis’ account in the Newburyport News and Salem News:

At one point, [Giacchetto] pinned [the woman] down by the throat, under a toilet, telling her the only way she was leaving was “in a body bag.” The woman said that as she began to lose consciousness, he stopped, broke her cellphone and went to bed. The next morning, he said that he liked Irish women who could “take a beating,” she told police.

He then described his plans for his parents, who are in their 80s, and [a] prison guard and his family. [A prosecutor] cited a history of similar violence against women, including an assault on a woman in Winthrop last fall, another incident in which he attacked both a woman and her sister, and even assaults on his own 87-year-old father.

In social media accounts under Giacchetto’s name, the man is identified as being a Lynn native who attended the University of Massachusetts at Boston and Tufts University. The owner of the page identifies himself as a “self-employed” proprietor in “cannabis treatment.”

The family reportedly had another infamous member: brother and apparent con artist Dana Giacchetto, who died in 2016 long after being charged in federal court for losing vast amounts of investment money from celebrities such as Ben Affleck, Matt Damon, Michael Stipe, Tobey Maguire, Cameron Diaz, Courtney Cox Arquette, Alanis Morissette and Leonardo DiCaprio. His Cassandra Group once handled some $100 million in assets for a list of 300 of the rich and famous, but by 2000 he was set for trial. His career as “stockbroker to the stars” never recovered.