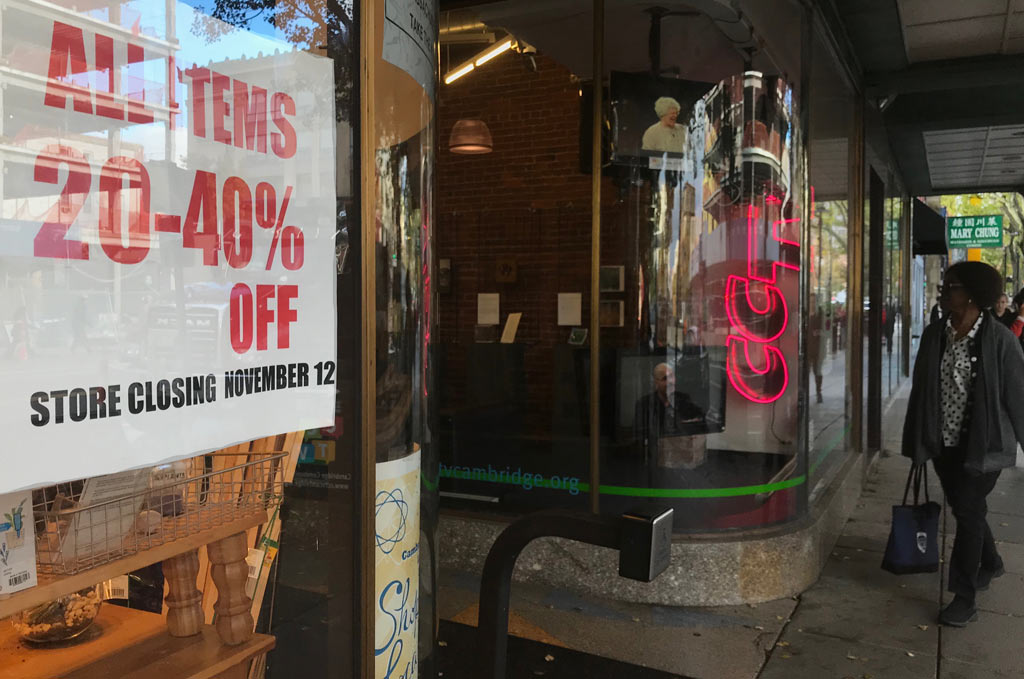 Central Square lost a grocery store this month, when the Harvest Coop shut down after more than four decades; next month it loses its Economy True Value Hardware, which has been open at 438 Massachusetts Ave. for nearly two decades.

A manager says the hardware store, which opened in 1990, may not be gone from Cambridge for good, though it may not return to Central Square.

“It was a combination of lots of different things coming to a head,” manager Anthony Viscione said Monday while a trickle of customers looked over the small appliances and furniture (20 percent off), plumbing, automotive and other home care materials (40 percent off) and everything else (30 percent off) remaining in the run-up to a Nov. 12 closing. 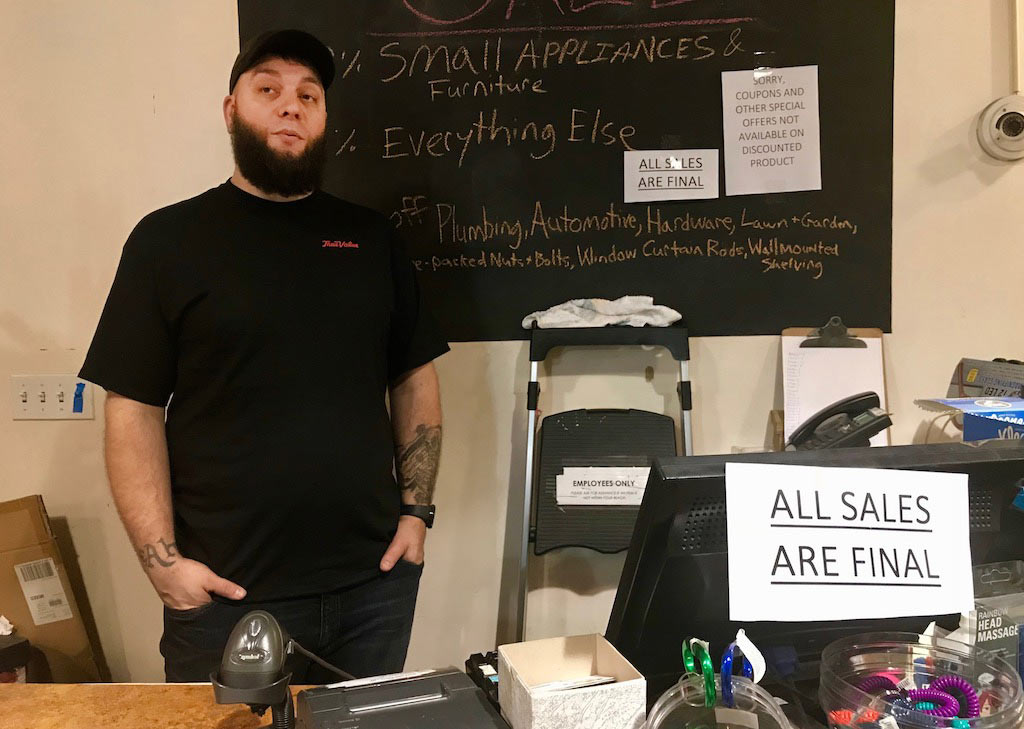 The causes could be summed up as a “lack of income to pay the rent” to building owner MIT Real Estate and Investment Co., but that stems from a number of factors, including a shortage of parking (“parking in Cambridge is more precious than gold”) and an odd configuration that complicates retail display and sales. “The brick wall is nice, but an open floor plan would be great,” Viscione said, nodding to a thick wall splitting the ground-floor shopping area.

Another factor is the lack of visibility to street traffic, according to Viscione, who was brought in to oversee the store closing from owner Larry Friedman’s other Economy Hardware locations – Boston, near Symphony Hall; Brookline; and South Boston. In part, that was a result of the storefront being cut in half in 2011, when Cambridge Community Television moved from Prospect Street and took over some 8,000 square feet of the site over two floors.

“We’d love to come back to Cambridge. It’s a great place. We love Cambridge, and Cambridge loves us, as everyone has been letting us know,” Viscione said. “But not at this location – maybe in Kendall. It’s up in the air, and it’s about seeing what’s available and viable.”

Central Square will still have a mom-and-pop hardware store when Economy True Value Hardware closes at the Lafayette Square end: Pill Hardware, 743 Massachusetts Ave., where assistant manager Sarah Amine said the 34-year-old store near City Hall was doing fine, and was especially busy at two times of year: with the arrival of new students and when bad weather convinced residents to gird for snowfall by buying salt.

The closing of Economy True Value Hardware will likely be a boost to Pill Hardware’s business, Amine said.