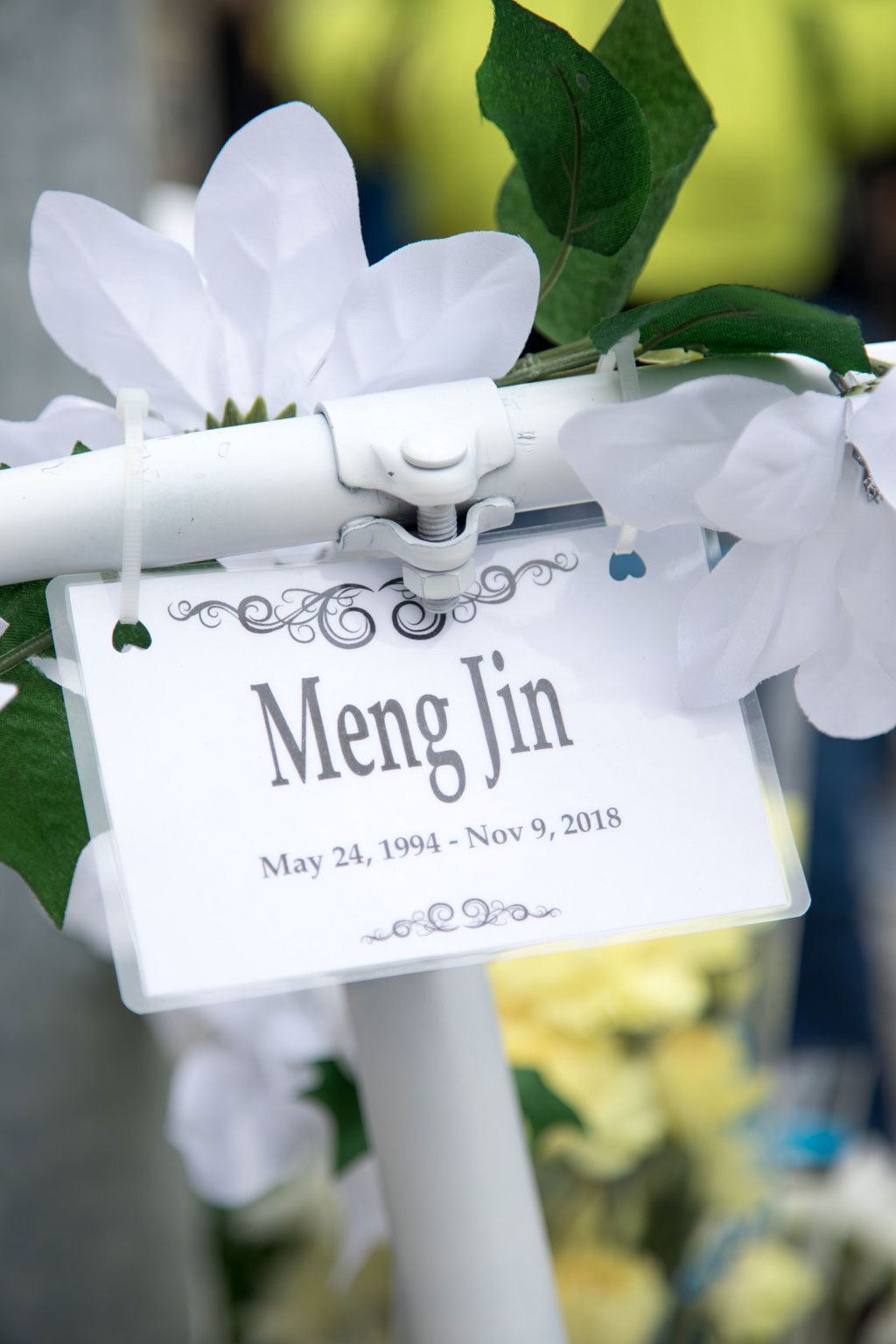 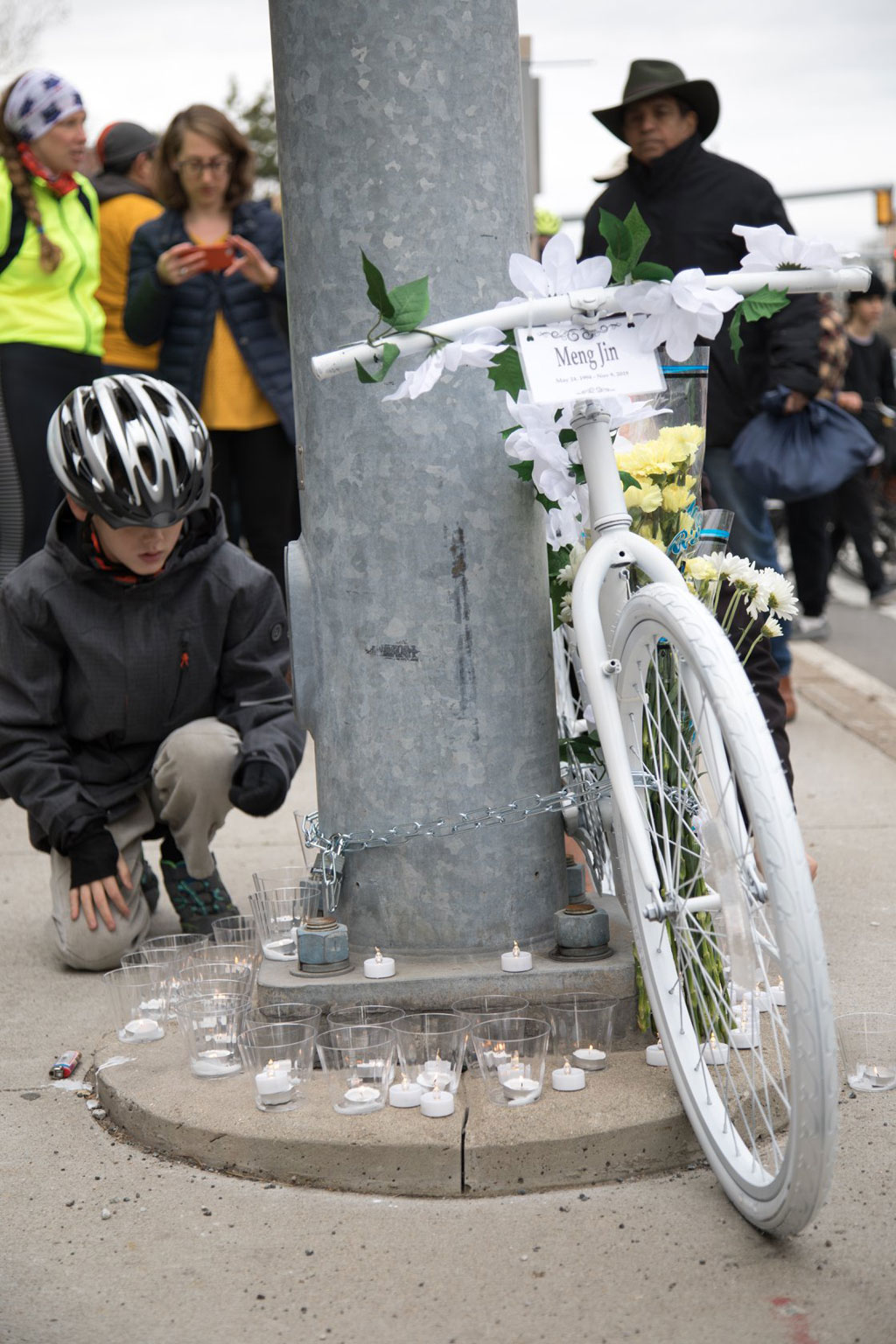 State police are correcting the official narrative about a Nov. 9 bicyclist death near the Museum of Science.

Meng Jin, 24, of Shanghai, a Cambridge resident expecting a graduate degree in economics next year from Boston University, was struck and killed by a dump truck at Museum Way and Monsignor O’Brien Highway – originally, state police said, as both truck and cyclist reportedly trying to make a turn onto Museum Way shortly before 8:15 a.m. “When both the truck and bicyclist began to make their right turn, the bicyclist was struck by a tire of the truck,” according to state police.

But on Monday, since witnesses disputed that account and state Rep. Mike Connolly argued for a reassessment, the narrative will change to correct the misstatement – a correction that will not change the ongoing investigation into the incident, said Dave Procopio, the State Police media relations officer.

Update on Nov. 19, 2018: State Police have updated their website to explain that a typographical error resulted in the names of the two streets being transposed.

It does potentially broaden the focus on where street improvements are urgently needed, Connolly said.

“I have heard from several witnesses who have provided a similar account of the events leading up to the crash [that] seem to contradict the description of the crash in the preliminary report issued by the State Police last week. According to witnesses, the cyclist was on Museum Way approaching O’Brien Highway,” and that is where the turning dump truck’s wheels hit the cyclist, Connolly wrote over the weekend. 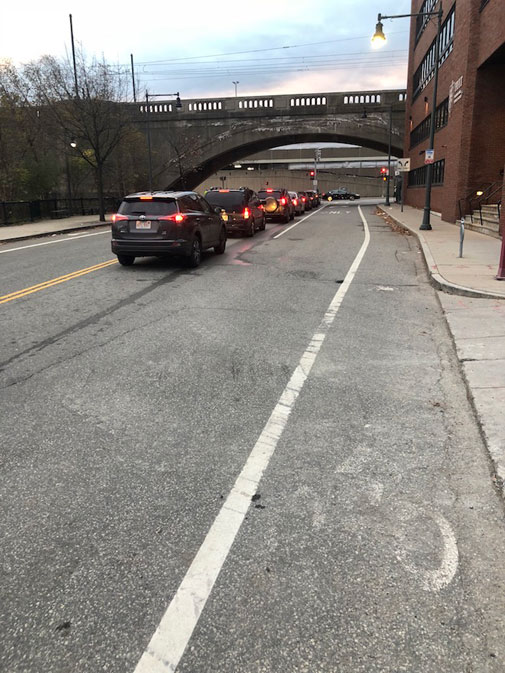 The different accounts of what happened “might shift the focus to Museum Way and the fact that the city has spent the better part of this year looking at it and planning changes,” he said. A policy order for Monday’s meeting of the City Council filed by councillor Tim Toomey is the latest, calling for a study of the street and state and local safety improvements with special attention for that intersection. But a Toomey policy order in March also sought improvements, and on July 24, city staff announced plans that would increase traffic enforcement and reduce two approaching lanes to one, “which should help slow vehicles approaching the traffic signal.” The intersection is so far unchanged.

Residents have complained that the number of trucks on Museum Way has grown with construction nearby, in addition to its use by Duck Boats accessing the Charles River.

“One witness to last week’s crash stated that it took more than 25 minutes for an ambulance to arrive on scene,” Connolly wrote over the weekend.

“Upon arriving at Museum Way this afternoon, I found an Uber parked in the bike lane with its driver standing outside on the sidewalk and talking on his cellphone. I also witnessed three large chartered buses parked in the street and blocking the bike lane in front of Hult International Business School on Education Street. The bus drivers were all standing together in front of the Hult building, apparently waiting for passengers to arrive,” he said.

Work improving the six-lane stretch of highway in front of the Museum of Science, known as Charles River Dam Road and Craigie Bridge and overseen by the state Department of Conservation and Recreation, has also stalled as the state seeks to “accommodate many school buses turning into the Museum of Science” and other factors.

On Friday, state officials said agencies hoped schedule a meeting in early December to discuss plans for Charles River Dam Road, Connolly said, and he “will continue calling on MassDOT and DCR to take immediate action to protect cyclists” there.

“Of course, any misunderstanding about how the crash occurred does not in any way excuse the fact that the stretch of Route 28 and O’Brien Highway known as Charles River Dam Road is dangerously unsafe for cyclists and is in need of immediate improvement – and ultimately a complete transformation,” he said.

Members of the Boston Cyclists Union organized a Ghost Bike Ceremony to honor Meng at the Route 28 and Museum Way. Connolly, a bicyclist in addition to being a state representative, attended, afterward saying he was now working with the state to organize a public meeting about Charles River Dam Road “to review the options for improvements to this terrifying stretch of highway.”