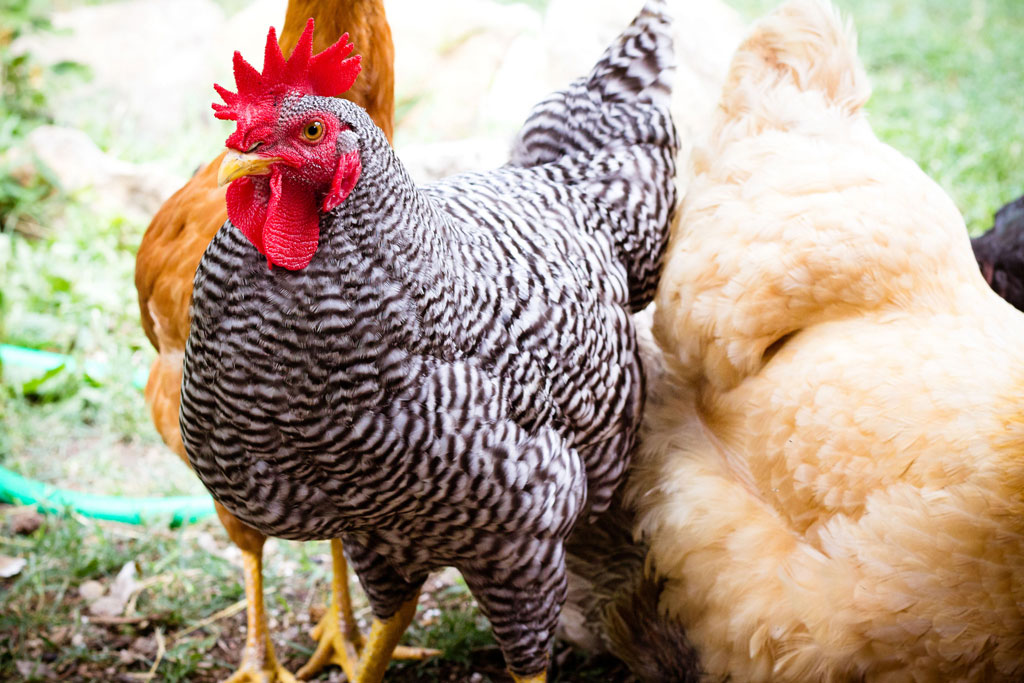 Henkeeping is not allowed in Cambridge, where urban farm zoning is moving slowly. (Photo: Meryl via Flickr)

What happened to the our urban farming laws? How will City Hall and fire headquarters be renovated?

City Council, 5:30 p.m. Monday. The city manager asks the council for $3 million for improvements to City Hall and other municipal buildings and another $3 million for design and reconstruction of the Fire Station Headquarters building at 491 Broadway, in Mid-Cambridge near Harvard Square. The council, meanwhile, seek ways to drive more business to small businesses during the “Small Business Saturday” that follows Black Friday (sponsored by councillors Alanna Mallon and Sumbul Siddiqui) and are nudging city staff to produce rules for urban farming. Sponsors vice mayor Jan Devereux and councillors Mallon and Quinton Zondervan note that “considerable time has passed” since the May meeting when they were promised the issue would be prioritized.

Are race relations getting better at the high school?

School Committee roundtable, 6 p.m. Tuesday. The committee hears from students in the Black Student Union at Cambridge Rindge and Latin School and in a microaggression working group about race at the high school – there have been recent causes for concern – and ways to improve interactions that involve race.

What development and urban form improvements will be proposed  for Cambridge?

Planning Board, 6:30 p.m. Tuesday. The board gets an update on the Envision citywide development master plan and discusses recommendations on “urban form” – the physical patterns, layouts and structures that make up an urban center, also due for discussion by a City Council committee Wednesday.

What changes are coming to the Harvard Square Conservation District?

Harvard Square Study Committee, 9:15 to 10:45 a.m. Wednesday. A look at the current boundaries of the Harvard Square Conservation District, and alternative and additional guidelines and procedures for development and renovating structures in it. Amendments to the order that established the district in 2000 and to its enabling legislation will also be discussed.

The committee will meet at the Bank of America, 1414 Massachusetts Ave., Harvard Square.

How can we make bicyclists and pedestrians safer from trucks?

What do city councillors feel about proposed changes to Cambridge’s ‘urban form’?

Should the Housing Authority stay in business with its program operations and quality control consultants?

Cambridge Housing Authority, 5:30 p.m. Wednesday. Are our public housing facilities being run right? Contract renewal with Edgemere Consulting for quality control and program operations and management assistance is up for authorization, and so is a construction contract for modernization of St. Paul’s Residence, subsidized housing for elders and adult disabled people at 34 Mount Auburn St., near Harvard Square.

The meeting will be held at the Cambridge Housing Authority offices, 362 Green St., Central Square.