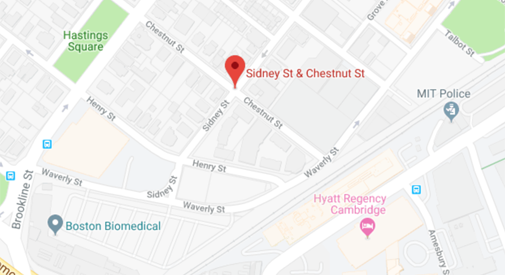 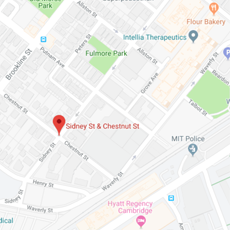 Two suspects in a Thursday gunshot incident have been taken into custody and charged after what police commissioner Branville G. Bard Jr. described as a “moving gun battle” between two cars headed toward Central Square.

Preliminary information indicated that the incident began around Chestnut and Sidney streets in Cambridgeport shortly after 2:30 p.m. A black sedan sped away afterward, pursued by police, Bard said. The suspects were arrested at Edwin H. Land Boulevard and Binney Street. A firearm was recovered off Memorial Drive, said Jeremy Warnick, director of communications and media relations for Cambridge police.

The gunshot injury, to one of the suspects, are believed to be non-life threatening, Warnick said. Units remain on scene and the incident remains under investigation, he said. WHDH-TV said the gunshot wound was to the head, confirmed by Bard’s statements to NECN, and that a witness said the black sedan sped away in reverse – doing at least 40 mph.

Ladjuan Guichard, 20, of Roslindale and formerly of Cambridge, was taken into custody, Warnick said. Guichard’s charges Thursday included discharging a firearm within 500 feet of a building and carrying a firearm without a license.

The victim in yesterday’s gunshots incident, who was with Guichard in the vehicle, was also arrested Thursday night. Joekeem Nelson, 23, Cambridge, will be charged with various offenses, including armed assault to murder, reckless operation of a motor vehicle and failure to stop for police, Warnick said, but “it is expected that Nelson wouldn’t be arraigned until he is released from the hospital.” It was unclear when that would be.

“There was another vehicle involved in the gunshots incident. Officers are still seeking additional information on that vehicle and the individual or individuals inside of it,” Warnick said.

It’s the city’s first gunfire violence since Oct. 9, when a Cambridge man sustained non-life threatening injuries when he was shot several times in the leg at 10:58 p.m. after an argument. There have now been some dozen gunfire incidents this year, most of them with no known victim.