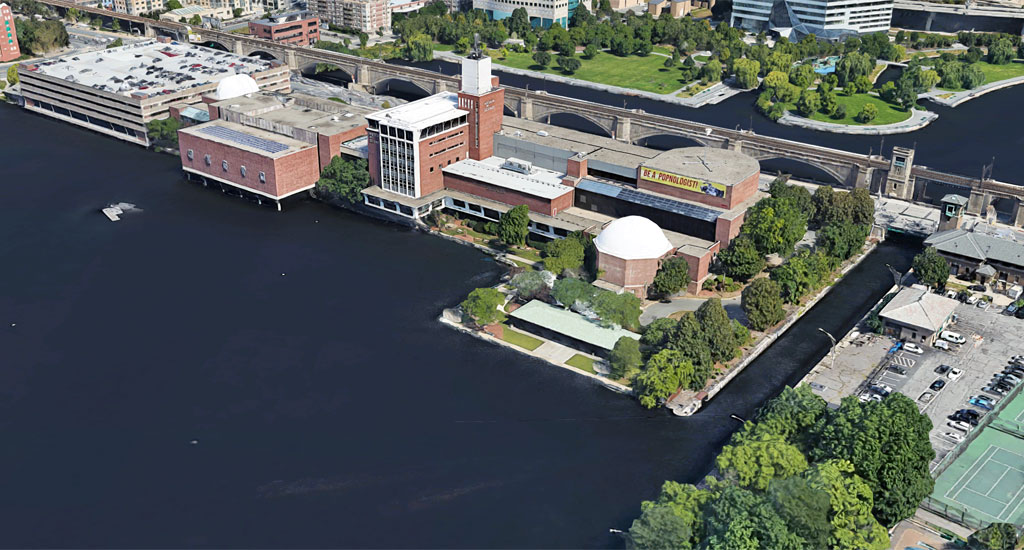 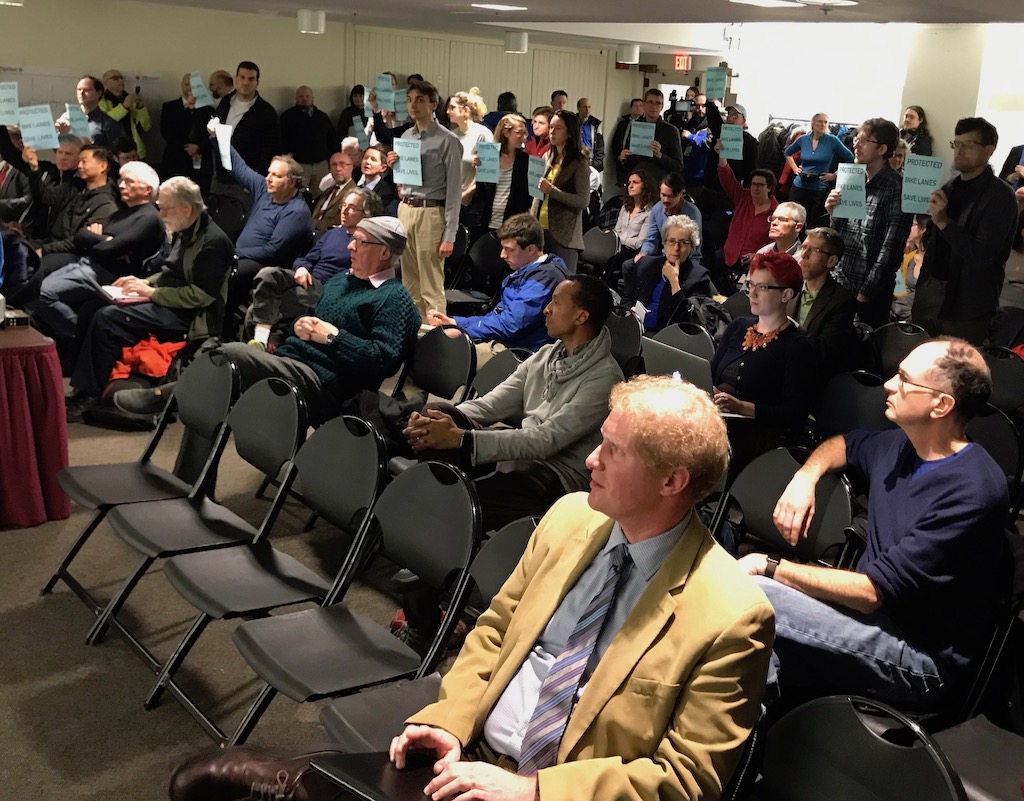 Bicyclists gave feedback to state officials Tuesday on how to engineer safer travel near the Museum of Science, with improvements expected as soon as the spring. But the safest path for people walking or biking – one on the other side of the museum, far removed from car traffic – remains a project without a leader or much hopes of happening anytime soon.

The state called the meeting shortly after bicyclist and grad student Meng Jin, 24, was struck and killed Nov. 9 by a dump truck at Museum Way and Monsignor O’Brien Highway, a jumble of state and city roads near the museum. (“As has been mentioned, this road is so complicated it has three different names,” state Rep. Mike Connolly said of the highway, also known as the Charles River Dam Road and state Route 28.) The meeting place was moved to the Massachusetts Institute of Technology’s student center from the museum as the number of people expected to attend swelled.

The large room held several dozen state and city officials as well as bicyclists, who stood as the speeches wound down to form a ragged wall of handheld blue fliers saying “protected bike lanes save lives.” 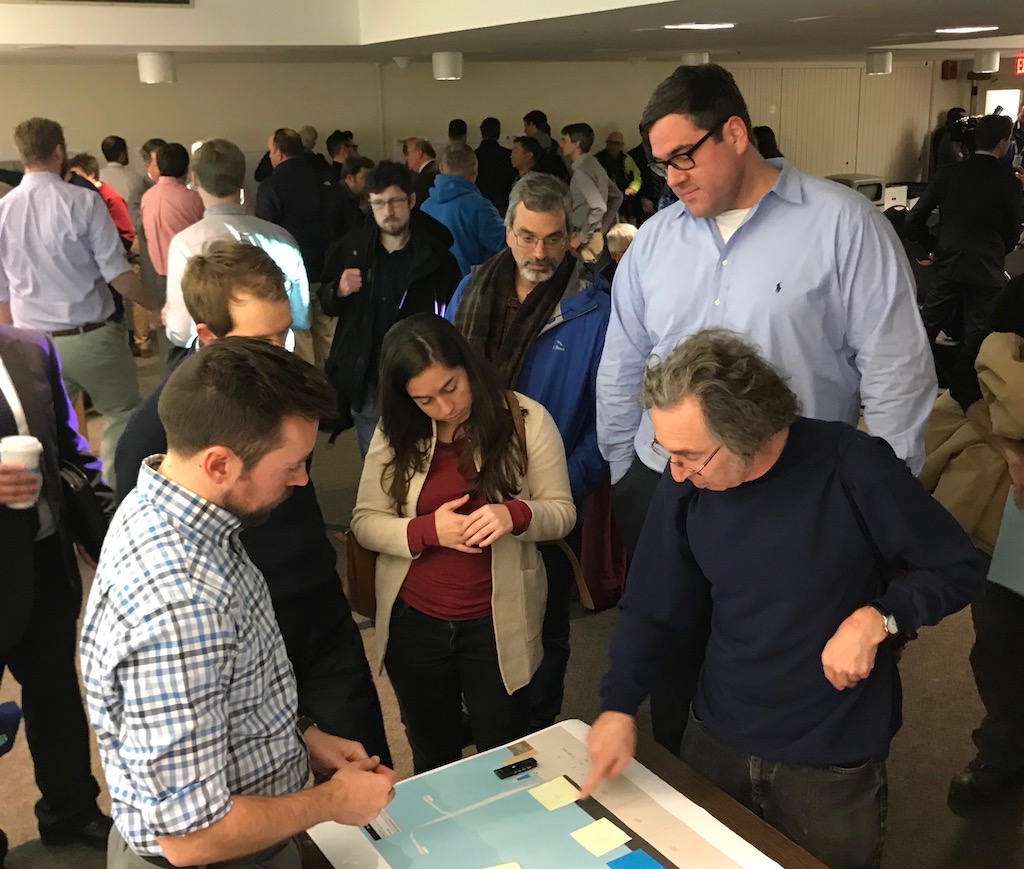 Resident Ron Newman suggests changes he’d like to see in traffic infrastructure near the Museum of Science at Tuesday’s meeting. State Rep. Mike Connolly is behind him. (Photo: Marc Levy)

Among them was George Schneeloch, of the Cambridge Bikes! group, who noted that bike lanes protected from traffic by plastic posts or more permanent infrastructure had long ago been called for by city officials. “Where are they?” Schneeloch said of physical lane protections. “We aren’t forgetting about this. It’s on the city’s bike plan, and it’s important to us.” Nathanael Fillmore, of the Cambridge Bicycle Safety group, was similarly upset that the road along where Jin was struck might be marked off from traffic only by paint. He called the lack of protections for a mere 4-foot-wide lane “deeply inadequate.” Flex posts were needed as a bare minimum, he said, and concrete separators were better.

But Andy Paul, a highway design engineer for the state Department of Transportation, assured that come the spring there was a commitment for flex posts for the road “where possible.” That excluded stretches such as around the Craigie Bridge, where infrastructure got more complicated with medians and added lanes.

Before the paint and flex posts will come the posting of speed-tracking radar signs in January and a comprehensive road safety audit, the state said. Speed limit signs reflecting a change to 25 mph have already been posted.

The meeting was called the first of several at which the state would solicit input on improvements, with state highway administrator Jonathan Gulliver assuring participants that “we are really, really looking for your input.” Two options were presented as starting points: one from 2008 that adds bike lanes, removes one of five vehicle lanes and adds a left turn lane into the museum; and an update that is the same except for providing three travel lanes to Leverett Circle in Boston and restricting left turns into the museum. There were stations set up where people could suggest their own infrastructure arrangements, demonstrating how they worked by laying down colored paper standing in for different kinds of lanes on a background representing the road.

The idea of moving a pedestrian and bicycle path to behind the museum was liked by many – David Loutzenheiser, senior transportation planner for the Metropolitan Area Planning Council, was walking around the meeting showing a plan with a path immediately behind the museum – but everyone agreed getting it done would be complex in terms of design, funding and leadership. 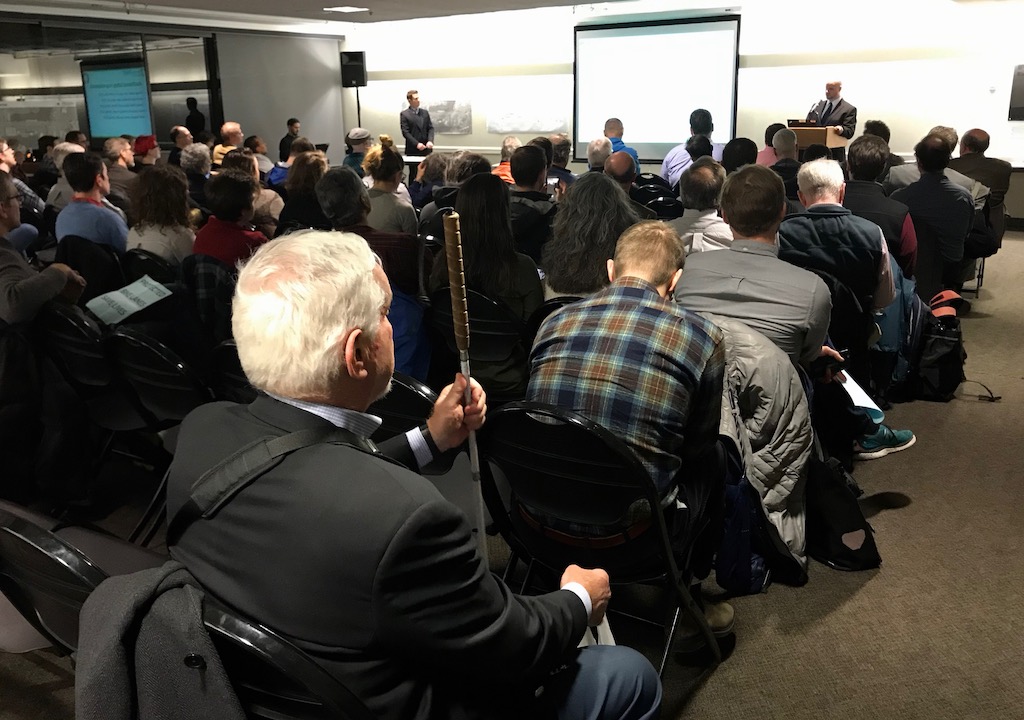 An archive of interest

There’s been “probably three or four attempts” to promote a path or bridge over the past three decades, said Wayne M. Bouchard, chief operating officer of the museum. The most recent was around five years ago, with a model that incorporated a drawbridge to let boats through the locks and would require staffing.

“Our position [at the museum] is always that we’re very excited about anything that will allow more access to the river and make that part of the river come alive. It’s an underused resource, and a huge opportunity for someone to do something big. The challenge is always who’s going to really run with this project, and how’s it going to be funded?” Bouchard said. “Usually there’s a design and discussion – and then things get quiet for a long, long time until someone else comes up with another interesting design.”

The museum can’t even join in fundraising, he said, because “there’s never been an actual proposal.”

All agree it would be difficult to fund and build a path or bridge for pedestrians and bicyclists behind the Museum of Science. (Image: Google)

Museum involvement looks like the least complicated part of a project that would likely require long-term cooperation among Cambridge, Boston, the state Department of Conservation & Recreation – if a path goes in directly behind the museum on existing land, anyway – and design and construction funding from the state Legislature.

“What’s missing is an overarching process owner. Is it Boston? Is it Cambridge? Is it DCR? Is it the governor’s office? Who would sit above all of this and pull all of the interested parties and government agencies together, and in a way where there would be a plan that would survive the changing nature of politics over 10 or 20 years? It’s going to take a lot of years to get people lined up,” Bouchard said.

In his own conversation with Gulliver about a bridge or separated path, Fillmore said the “best-case scenario was five years in the future” even if all permitting went as fast as possible and funding was in place. “Five years is a really long time for us,” Fillmore said.

State Rep. Jay Livingstone, whose 8th Suffolk District includes parts of Cambridge and Boston,  was “a big fan” of the idea, but said current funding for infrastructure solutions by the museum will pay for paint and flex posts – not for putting up a quarter-mile bridge.

Though plenty of stakeholder input about a pedestrian and bicyclist path would be needed first, “if there’s a transportation bond bill for this term in the Legislature, it’s definitely something I would want to include,” Livingstone said.