‘If Beale Street Could Talk’: Young and in love, but shackled by brutally cruel racial injustice 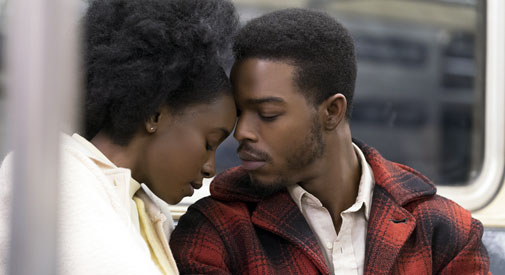 ‘If Beale Street Could Talk’: Young and in love, but shackled by brutally cruel racial injustice

The love between two black men at the center of Barry Jenkins’ Academy Award-winning “Moonlight” certainly had the texture and mood of something wrested from the pages of a James Baldwin novel. It wasn’t – it was an original screenplay – but it is fitting to learn that for his follow-up Jenkins has adapted the culture-rattling author’s 1974 work, “If Beale Street Could Talk.” The title, while simple, is telling, reflective of the dangerous complacency of silence and, worse, those eager to score justice without evidence or cause other than the color of skin. 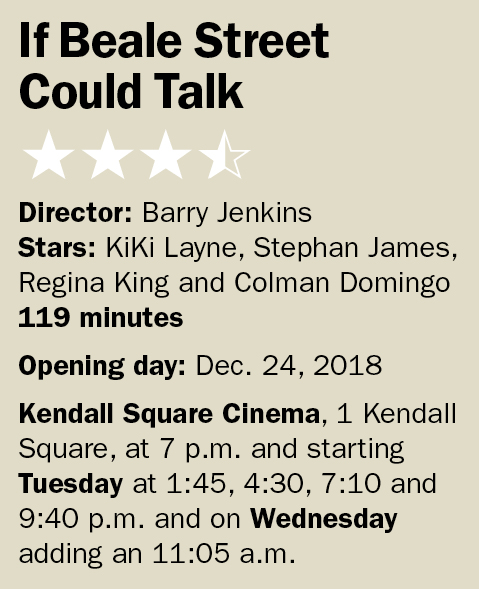 The film begins with a series of lushly jazzy romantic framings of lovers Tish (newcomer KiKi Layne) and Fonny (Stephan James) – something that hasn’t really been seen on screen with such poetic resonance since Spike Lee’s great run in the late ’80s and early ’90s (“Do the Right Thing,” “Jungle Fever” and “Mo’ Better Blues”). The soulful score, imbued with melancholy by Nicholas Britell, wells up inside you as the pair’s tightly framed countenances convey deep love, but also the brimming prospect of trouble. Jenkins leverages it for his orchestration of Baldwin’s material: hope and idealism undercut by harsh reality and social injustice.

Trouble down on Beale Street comes from all angles. Tish, 19, and Fonny, a few years older, have known each other since childhood. When they finally consummate their affection, Tish gets pregnant. The sell to Tish’s parents (Regina King and Colman Domingo, both excellent) is a bit of a challenge, but nothing compared with the fracas that ensues when Fonny’s devoutly religious – and over the top – mother (Aunjanue Ellis) swings by with sisters to learn of the news. With fire and brimstone ire, she professes Tish a temptress and not good enough for Fonny. But then again, Fonny’s not there to speak for himself; he’s in jail for a rape he did not commit.

Yes, this is where Baldwin and Jenkins take us. The palpable helplessness of a person of color snared in a rigged justice system, where getting a rap – whether you did it or not – is simply part of the process. Tish and her mother fight back hard. They get an attorney convinced of Fonny’s innocence and later there’s a harrowing sojourn to Puerto Rico to track down and confront the accuser, who has her own set of unhappy circumstances to contend with.

Throughout it all Jenkins tempers the present with delicate, carefully curated flashbacks, be it the lovestruck Fonny and Tish shopping for an apartment, often turned away because of their pigment, or Fonny catching up with old mate Daniel (Brian Tyree Henry, smoldering quietly) just out of jail himself and with volumes of wisdom to share. The film is at once intimate and universal. Fonny is the face of everyman of color, and yet he isn’t. Jennings finds the perfect balance between social critique and personal tale, and palpably so.

In the end, however, “Beale Street” is not about vindication – if that’s the movie you’re hoping for, you’re going to be disappointed – but about the sad state of racial affairs that as penned by Baldwin remain too true today. At the heartbreaking epicenter loom star-crossed lovers kept apart by forces with cold, aloof agendas. “Beale Street” is “Romeo and Juliet” for the racially divided now.