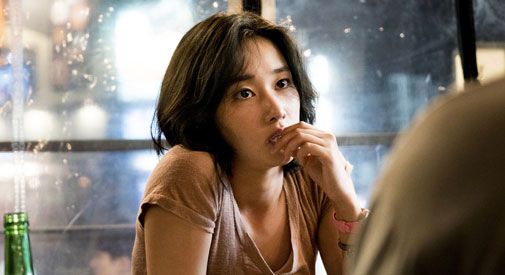 Women, diversity and black-and-white cinematography to the rescue.
By Tom Meek and Allyson Johnson

Marielle Heller, director of “Can You Ever Forgive Me?”

Besides “Black Panther” and “Avengers: Infinity War” it was pretty much a down year domestically for films, critically and at the box office. But there was a surge of compelling foreign-language films (“Zama,” “Cold War,” “Capernaum” and “Border” to name a few not listed below)  – a segment largely underrepresented in the recent past – and a remarkable (if not stunning) return to the black-and-white format (“Roma” and “Cold War”). Mostly it was a strong year for women behind the lens, with notable entries from Marielle Heller (“Can You Ever Forgive Me?’’), Debra Granik (“Leave No Trace’’), Chloé Zhao (“The Rider’’), Josephine Baker (“Madeline’s Madeline”). Tamara Jenkins (“Private Life’’) and Lynne Ramsay (“You Were Never Really Here”), among others. The year saw an uptick in socially minded films (“If Beale Street Could Talk,” “Sorry to Bother You” and “Blackkklansman”) and the rising presence of streaming platforms Amazon and Netflix as major studio players who look poised to alter how the game is played. Below are Cambridge Day’s Top 10 of 2018.

Alex Garland’s 2014 directorial debut “Ex Machina” put sci-fi fans and cineastes alike on their toes. In that film, the women get the last laugh; here they’re something of humankind’s last hope as Natalie Portman’s GI grunt-turned-scientist leads a platoon of women into a mysterious shimmer – think nordic lights – that is growing and consuming the southern coastline. Once inside, memory and time collapse and mutations and strange creatures abound. Garland propels it all with an enigmatic meta-philosophy asking what it all means while creating a riveting atmosphere that simultaneously sparks fear and wonderment. (TM)

It’s not just impressive that a 20-something-year-old man wrote this shockingly honest portrait of a 14-year-old girl, but truly astonishing in both its authenticity and the genuine empathy it holds for its leading lady. Elsie Fisher plays Kayla, a teenager dealing with the daily struggles of middle school and her perpetual isolation among her peers, in comedian Bo Burnham’s directorial debut (he also penned the script). Hilarious in its realism, with plenty of cringeworthy moments that will have you hiding behind your own palms, “Eighth Grade” is a revelation for its star, director and subject matter as the artists behind the camera argue justly that girls and young women should get to see themselves, in all their blemished glory, in something that’s true and warm. (AJ)

Zhao had already impressed with her 2015 feature “Songs My Brothers Taught Me,” and with “The Rider” she solidified her standing as one of the next great voices of independent cinema. Based largely on leading man Brady Jandreau’s real experiences after he suffered an injury while performing at a rodeo, the film tackles weighty subjects such as what happens when your sense of self is stripped from you, toxic masculinity – that theme again – and how they intertwine. Beautifully captured by Zhao and cinematographer Joshua James Richards, don’t be fooled by the intimate storytelling, because the scope and lingering effect runs deep. (AJ)

“If Beale Street Could Talk”

If a fairy tale were to come to life, I imagine it might look like Barry Jenkins’ latest following his Oscar-winning “Moonlight.” Lush and vibrant with yellows, blues and bleeding sunsets taking center stage, the film is visual poetry, suitable for an adaptation of one of James Baldwin’s most famous works. Adapted with a fervor that pays homage to the late wordsmith while perfecting the script to the cinematic format, the sweeping, melancholic score by Nicholas Britell and soulful performances by the entire cast make this steadfast romance and admiration of resilience in the face of adversity something truly magical. (AJ)

“You Were Never Really Here”

When we think cinema “masterpiece” we think of the behemoths in which auteur directors make their passion project and succumb to length as a means to prove their prowess. Ramsay (“We Need to Talk About Kevin”) delivers her (to date) masterwork at a lean, evocative and humanistic 95 minutes. Scored hauntingly by Johnny Greenwood with a powerhouse leading man in Joaquin Phoenix, “You Were Never Really Here” has a lot to say about trauma and the systemic effect of abuse, but its most potent images aren’t ones of violence, but of cathartic comfort – be it holding the hand of a dying hitman or cradling a loved one as they’re lowered into their watery grave. (AJ)

If someone told you there’d be a movie about a black man who infiltrated the Ku Klux Klan, you’d probably call BS. Of course, the latest from Spike Lee is based on a true story about a black police officer who became a card-carrying member of the hate group and proof reality trumps “that’s impossible.” It’s Lee’s sharpest and best work in years, boosted by a fantastic ensemble led by John David Washington (Denzel’s son) as the real-life Ron Stallworth and Adam Driver as Flip Zimmerman, Stallworth’s surrogate when Stallworth has to meet KKK “fellows” in the flesh. The action takes place in Colorado during the Nixon era. That may feel like a bygone time, but the central matters of race, hate and division are far too apt than one should feel comfortable about. (TM)

“Can You Ever Forgive Me?”

Melissa McCarthy and Richard E. Grant turn in two of the best performances of the year as real-life struggling author Lee Israel and her equally destitute drinking mate Jack Hock. The desperate duo get embroiled in a dead-author letter forgery scheme that draws the FBI’s attention, but the film’s much deeper than its true-crime premise. Part of that’s the astute direction by Heller (“Diary of a Teenage Girl”) and emotionally driven script by Nicole Holofcener  (“Friends with Money”), but the keys are McCarthy and Grant. It would be a real crime should they not be in the running come Oscar time; their chemistry continues to smolder long after the credits roll. (TM)

Alfonso Cuarón, the Mexican-born director whose varied works include “Gravity” and “Children of Men,” returns to his homeland to forge this semi-autobiographical contemplation that’s something of a nostalgic dream cut with historical incident and unhappy reality. At the core, the dilemma of a pregnant housemaid in a bourgeois household in the 1970s drives the film, but “Roma” ultimately becomes something of a quiet feminist anthem as the nurturing women, ever put upon, take up the burden as male figures shirk responsibility with arguable negligence. Lush with Fellini-esque touches, the slick black-and-white cinematography should not be missed on the big screen. (Netflix released the film on its streaming platform one week after it hit theaters.) (TM)

There’s something so instantaneously devastating about stolen youth and ruined innocence. Some of the most potent drama in storytelling comes from the dawning realization coming over too young a face while realizing those meant to protect them, those they’ve trusted blindly, can (and will) let them down. It’s this idea of built trust – of built families – that makes “Shoplifters” not just tremendous storytelling, but storytelling so grimly enchanting that we are left to pick at its scab for days afterward, replaying scenes in our heads as we unpack the heaviness director Hirokazu Koreeda left us to shoulder. With fine acting, hypnotic yet simplistic visuals and a story that is undeniably stirring, “Shoplifters” is a master class in character growth and deconstruction. (AJ)

It took only moments into Chang-dong Lee’s masterwork “Burning” to recognize the brilliance on display as Ah-in Yoo’s Jong-su gets lost in a crowded marketplace. By a midpoint scene that will go down as one of the decade’s brightest, as three companions sit against a bleeding sky drinking wine, smoking pot and baring it all (literally and figuratively) before the story takes a more insidious turn, it becomes undeniable we’re watching something transformative. A meditation on toxic masculinity in all its obvious and hidden forms, Steven Yeun delivers one of the best performances of the year in a film that is novelistic in its approach – purposefully languid, up for interpretation and possessing the ability to burrow far under your skin. (AJ)