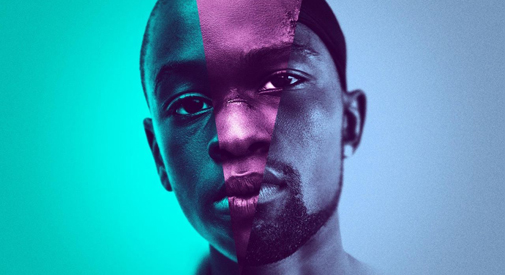 In many ways 2016 has seemed like a cruel joke. Not in theaters.
By Tom Meek and Allyson Johnson

For all the many ways 2016 has felt like a cruel joke, it’s been a great year for film. Barring a rather dismal summer for blockbusters, it was a year small studios and independent films shone and Amazon Studios announced itself as the new Miramax with such films as “The Handmaiden,” “Manchester by the Sea” and “Paterson.” From nods to old-school musicals and homages to classic science fiction to touching coming-of-age stories and an eerily timely neo-noir nazi horror flick (“Green Room”), there was no dearth of variety or diversity in cinemas. Below is Cambridge Day’s collective top 10 list for the year by film critics Tom Meek and Ally Johnson.

Andrea Arnold’s revelation about a feral posse of youth hawking magazine subscriptions in the Midwest feels right from the mind of Larry Clark, who shocked audiences with the all-too-real “Kids” back in 1995. Like Clark’s film, many of the performers are first-timers. Sasha Lane, for one, is a mercurial mix as Star, a teen trapped in a going-nowhere situation who hops in the crew’s van and goes. Shia LaBeouf plays the head stud with “Trumpish” pants and Riley Keough (Elvis’ granddaughter) is a saucy, scary incarnation as the clutch’s hen mother, who metes out rebukes in strange “Lord of the Flies” rituals.

This is a quietly glorious film, with lush, washed-out cinematography, a tour-de-force performance from leading lady Natalie Portman and a narrative that is cunning in its use of iconography. It is also masterful at depicting a woman in the throes of grief while trying to stitch together an appearance that best depicts herself and her husband’s legacy. Pablo Larraín outdoes himself yet again by capturing his multifaceted leading lady with all of the flaws she was trying to conceal.

Jim Jarmusch (“Down By Law” and “Only Lovers Left Alive”) may be the most beguiling filmmaker of his time. This, another idiosyncratic slice of life, follows the daily travails of a bus driver (Adam Driver) who jots down poetry and lives with his bohemian muse (Golshifteh Farahani) who’s slowly remodeling their humble New Jersey ranch in black and white mosaics. The quiet, quaint quirkiness borders poignantly on the absurd, and Marvin the bulldog (played by Nellie, who recently passed) steals every scene he/she is in.

The desperate Howard brothers – one underemployed and the other just out of jail – turn to robbing Texas savings and loans to save the family farm. The script doesn’t shed any new light on the disenfranchised trying to make a go of it and falling down, but the performances by Chris Pine and especially Boston-bred Ben Foster as the outside-the-law brothers raises the cinematic stakes, as does the presence of Jeff Bridges as the dogged old ranger on their tail.

Few films this year, or in the past 10, have aroused such immediate euphoria. For those who loved it – and there are many – this was destined to be the escapist film of 2016. Ryan Gosling and Emma Stone are electrifying together and apart as artists seeking to express themselves truthfully, and Damien Chazelle captures their movement and chemistry with a kinetic flow. It’s a true homage to MGM musicals of old without ever needing to sacrifice the elements that make it unapologetically modern.

A telling and aptly titled film about the Lovings, a couple very much in love and also the root of an epic Supreme Court hearing – the two were arrested for being married in 1950s Virginia, where the law barred interracial unions. The performances by Joel Edgerton and Ruth Negga are sublime as the couple under fire, and director Jeff Nichols, a long way from his usual fare (“Take Shelter” and “Midnight Special”), chooses a somber, nonconventional approach that pays dividends in surprisingly nuanced ways.

“Manchester by the Sea”

Kenneth Lonergan has created an honest and painful ode to grief and the losses and holes it rips into our hearts that can never be mended, leaving one as emotionally crippled like its leading man. Casey Affleck and Michelle Williams excel, and Lucas Hedges is a certifiable breakout. Meditating on the sense of loneliness and guilt that builds walls around someone after they’ve endured unspeakable tragedy, “Manchester by the Sea” is not an experience for escapism, but it is one for catharsis.

Not known for his optimism, director Park Chan-wook has directed perhaps one of the most life-affirming films of the year, with a subject matter that straddles the line between perverse exploitation and female agency. He makes sure to dictate the film’s point of view by the latter and the male characters’ and audience expectations with a nod to the former. A love story between two women, a petty burglar and a locked-up heiress, “The Handmaiden” is sultry, gorgeously rendered and emotively scored, and the characters and their plight stick with us long past the end of the film. The dark humor, the message of women reclaiming the right to their bodies and their sexuality and the spill-off-the-screen vibrancy of the cinematography make for one of the most impressive and memorable films of 2016.

With a painfully delicate touch, director Barry Jenkins has created his and 2016’s masterpiece with the bare vulnerability and intimacy of his latest feature, “Moonlight.” Centered on a young, gay, black man as he goes from adolescent to teenager to adult, the film handles the depiction of this boy and his personal journey through life, love and family with grace and a poetic lens. The purple and blue hues of the picture lend greatly to the overall tone of melancholy, and Trevante Rhodes gives a stunner of a breakout performance as the all grown-up Chiron. While there are themes and truths in this film that have been touched on before, none have done it with as much warmth and sincerity. Painful to watch, brittle like its lead and soaring with the hope we hold for Chiron’s happiness, “Moonlight” overwhelms the senses with deft artistry.