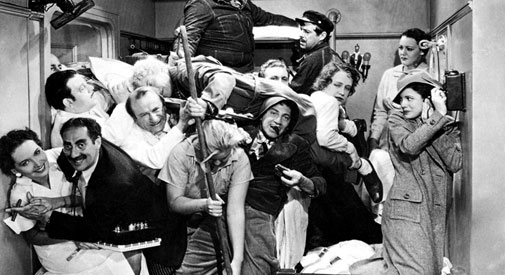 New Year’s Eve parties are everywhere, but here are some that stand out: World’s Fair 1940/3040 (for $85 from 8 p.m. to 1 a.m. at Aeronaut Brewing, 14 Tyler St., near Union Square, Somerville) invites partiers to wear vintage clothes and dance to jazz or dress for the space age to do the robot among trippy projections and the music of Arc Iris; Christopher’s House Party (free, from 10 p.m. to midnight at Christopher’s, 1920 Massachusetts Ave., Porter Square) has a low-pressure vibe, noisemakers, hats and beads, free bottomless nachos for each table and free brownie bites at midnight; Princes & Popper’s Lip Sync Battle (for $10 from 9 p.m. to 2 a.m. at Grendel’s Den Restaurant & Bar, 89 Winthrop St., Harvard Square) lets you compete your way into 2019 by lip-syncing to Prince songs, pop legends or a tunes about the richest and poorest, with drag queen advisers on hand, blacklight, neon paint and a fashion “selfie” booth, as well as a free Miller High Life toast at midnight; Jaded NYE Futurerotic: Sci-Fi Fetish Party (for $12 at Flat Top Johnny’s, 1 Kendall Square) lets you dress in latex, leather, vinyl, metal or skin – creativity in dress is demanded – to play pool, listen to DJs and live music and generally cavort. Your host? The Hubba Hubba adult boutique in Mid-Cambridge.

Annual Flag Raising from 11:30 a.m. to 1 p.m. starting at Somerville City Hall, 93 Highland Ave., in the Winter Hill neighborhood of Somerville. Free. March to Prospect Hill for a commemoration of the raising of the first American flag, learning about the role Somerville played in the American Revolution and singing Patriotic songs (and enjoying light refreshments). Information is here.

Marx Brothers Marathon starting at 1 p.m. at The Brattle Theatre, 40 Brattle St., Harvard Square. A a quadruple feature of anarchic hijinks, including “Duck Soup,” “Room Service,” “Monkey Business” and “A Night at the Opera” – three top-notch Marxist propaganda films and one from the second (or so) tier. General admission is $20; individual film pricing is also available. Information is here.

Music matinees for a post-brunch (or during brunch; full menus available) afternoon of music at either Atwood’s Tavern, 877 Cambridge St., East Cambridge, from 3 to 6 p.m. with Sam Reid & the Riot Act (a recommended $5, pass-the-bucket style) or at The Lizard Lounge, 1667 Massachusetts Ave., between Harvard and Porter squares, from, 3:30 to 7 p.m. with the Thalia Zedek Band; Field Day; and Sarah Borges and the Broken Singles ($13.41 in advance, $15 at the door).

100 First Jokes marathon at 7 or 9 p.m. at ImprovBoston, 40 Prospect St., Central Square. Tickets are $10. This local tradition gives dozens of comics the mic for two minutes or less for their first never-before-told jokes of 2019. The show is certain to feature adult comedy, so it might be best to leave the kids at home. Information is here.

“A Spell of Murder” book launch from 7 to 8:30 p.m. at Porter Square Books, 25 White St., Porter Square. Free. Clea Simon begins her “Witch Cats of Cambridge” series about three talking cats who help solve mysteries – right here in town, where magic is kind of a thing. “You don’t have to be a cat lover to appreciate this paranormal cozy’s witty observations, entertaining dialogue and astute characterizations,”  Publishers Weekly says. Information is here.

Winter Reading Series at Lesley University from 5 to 7 p.m. at the Marran Theater, 34 Mellen St., on Lesley’s Doble Campus in the Agassiz neighborhood near Harvard Square. Free. This eight-day series has visiting artist Renée Watson and Lesley creative writing faculty members reading from published and in-progress works of poetry, fiction and plays. Today is Steven Cramer, faculty in poetry (“Clangings”) and Laurie Foos (pictures), faculty in diction (“The Blue Girl: A Novel”). Information is here.

Winter Reading Series at Lesley University from 5 to 7 p.m. at the Marran Theater, 34 Mellen St., on Lesley’s Doble Campus in the Agassiz neighborhood near Harvard Square. Free. Hear visiting artist Renée Watson (award-winning author of the novels “This Side of Home,” “What Momma Left Me” and “Betty Before X” co-written with Ilyasah Shabazz, as well as the picture books “Harlem’s Little Blackbird” and “A Place Where Hurricanes Happen”) read from the new “Piecing Me Together” and talk about writing for young people. Information is here.

New Years Hangover Cure Comedy Festival at 7 p.m. at The Middle East Downstairs, 480 Massachusetts Ave., Central Square. Tickets are $10 in advance, $13 the day of the show or $15 for a two-day pass for this 18-plus show. The two-day event featuring Ben Kronberg continues, losing Sean Sullivan but gaining Jeff Koen, Emily Ruskowski and Matt Barry. Information is here.

Winter Reading Series at Lesley University from 5 to 7 p.m. at the Marran Theater, 34 Mellen St., on Lesley’s Doble Campus in the Agassiz neighborhood near Harvard Square. Free. Stephen Haven, faculty in poetry, reads from “The Last Sacred Place in North America,” and Kate Snodgrass, faculty in stage and screen reads from “The Last Bark.” Information is here.

Odds Bodkin’s “Odin & Thor Battle the Frost Giants: Viking Adventure Tales” from 5:30 to 8:30 p.m. (doors at 5 p.m. – be warned, you’re expected to be seated before the performance begins) at Grendel’s Den Restaurant & Bar, 89 Winthrop St., Harvard Square. Tickets are $15 (with fees, $17.55). Professional storyteller and musician Odds Bodkin accompanies himself on a 12-string guitar and Celtic harp while recounting Norse myths. A menu themed around the performance will be available for purchase, as well as regular offerings. The show itself is around 90 minutes with intermissions. Information is here.

Pindrop Sessions 12: “Junkestra” from 7 to 10 p.m. at Aeronaut Brewing, 14 Tyler St., near Union Square, Somerville. General admission is $20. Nathaniel Stookey’s “Junkestra” is a massive percussion work performed on items rescued from a dump: sewer pipes, deck railings, dresser drawers, bike wheels, saws, bathroom fixtures – even bird cages. This will be its New England premiere, performed by the Boston Percussion Group and guests along with works by Steve Reich, Bjork and Radiohead and local composers John Murphree and Dan VanHassel. Information is here.

Myq Kaplan: All Killing Aside from 8 to 10 p.m. at The Comedy Studio, 1 Bow Market Way, Union Square, Somerville. Tickets are $10 (with fees, $11.30). Vegan intellectual Kaplan returns – if history is any guide, with more jokes making fun of vegans and intellectuals – for a funny but philosophically hefty one-night stand lauded by the Edinborough Festivals mag: “Punchlines to his relatable quips and anecdotes always arrive right when they should, giving the show a seamless symmetry of silliness and quick wit.” Information is here.