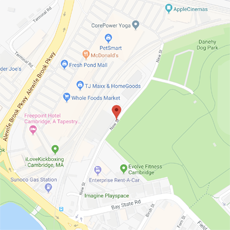 A Cambridge man in his 60s found at Danehy Park with apparent head trauma has died, police officials said.

Police responded to the New Street side of Danehy Park in Neighborhood 9 shortly after 7 p.m. Wednesday for a report of an unresponsive male, said Jeremy Warnick, director of communications and media relations for Cambridge police.

Upon arrival, police found the man and had him taken to an area hospital with life-threatening injuries. At 10:43 p.m., a spokeswoman for the Middlesex District Attorney’s Office said the man had died at the hospital.