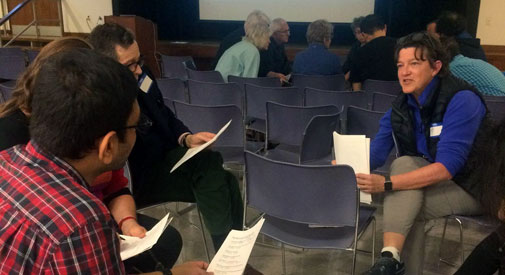 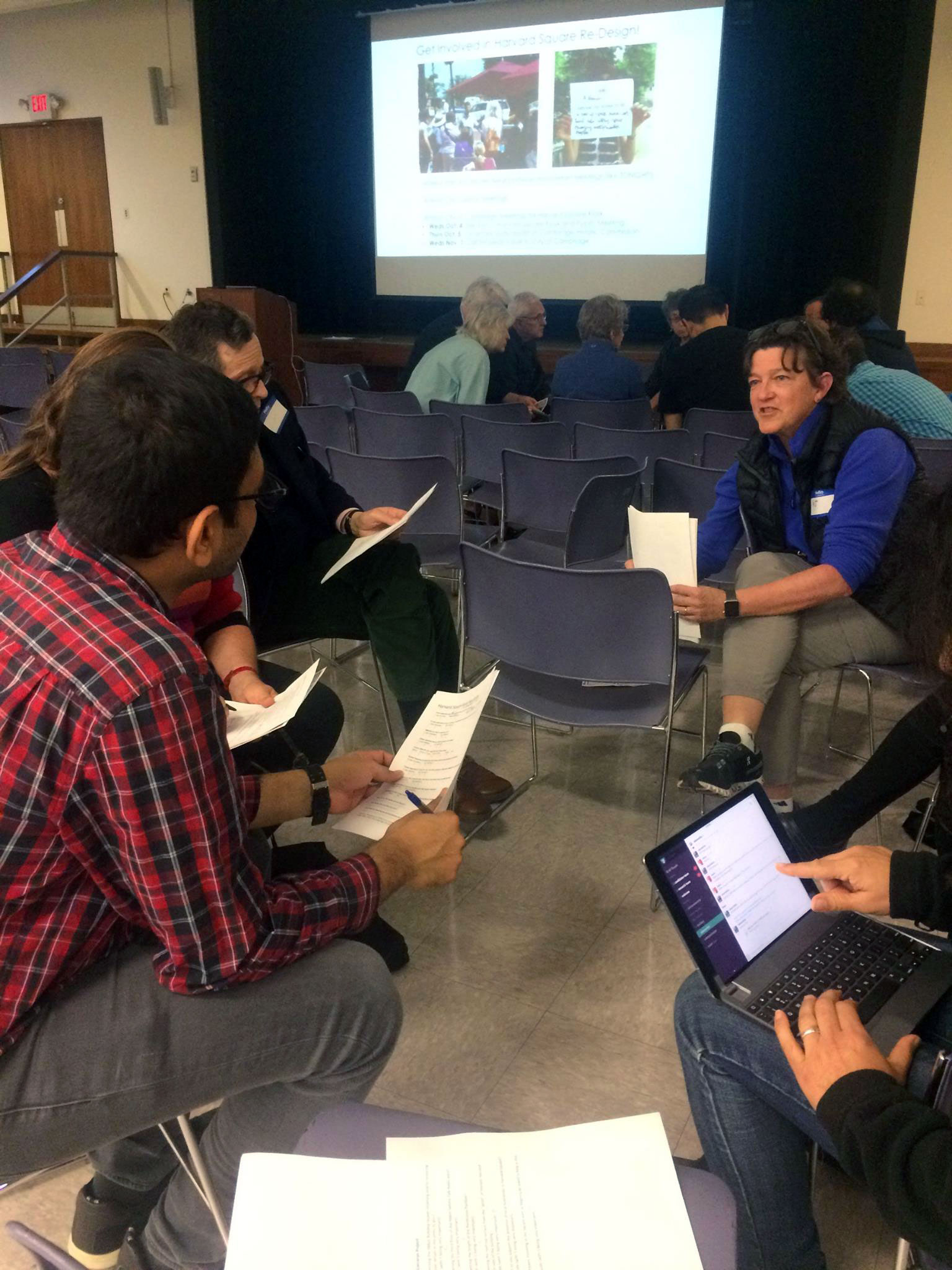 Two hours may not be long enough for a Saturday citizen-sponsored community forum advertised as helping shape the future of Cambridge by asking “How big is too big?” and what change residents want for a “more livable” city.

“The city is undergoing large-scale change – not only with new commercial and other developments, but also proposals to increase Cambridge’s [residences] some 30 percent,” said Suzanne Preston Blier, an organizer of the event. She leads the Harvard Square Neighborhood Association and in December created the official event organizer, the Livable Cambridge discussion group. (The group was created and named independent of the nonprofit Cambridge Citizens for Liveable Neighborhoods, which was organized in 1994 and does business as the Association of Cambridge Neighborhoods.)

Issues such as transportation needs, the environment and escalating rent prices for businesses and residents are also on the minds of meeting organizers, Blier said.

But so is getting neighborhood groups to work together. “We have been troubled by the city’s attempt to divide the citizens,” Blier said. “We all share many of the same concerns … and we believe that by working together not only will our citizens have a stronger voice, but Cambridge itself will be stronger as a result of this.”

Recent years have seen division among bicyclists advocating for protected bike lanes and the business community and, when it came to the expected Inman Square redesign, bicyclists and environmentalists who oppose the plan and its removal of trees; between environmentalists and people calling for the construction of housing who see concern over trees as an excuse to block development; and between proponents of affordable housing “overlay” zoning and the residents of the city’s residential areas that could see more below-market units as a result.

The Saturday event is expected to start with a short talk by the comedian and recent candidate for lieutenant governor Jimmy Tingle on “why politics matters,” which leads into a key theme for discussion, Blier said. “The organizers of this event – leaders of the various Cambridge neighborhood groups and others – want to be part of the discussion and, with our various members, have a greater role in decision-making around the city regarding its future,” she said.

The heart of the meeting will be when each participating group presents three to four issues they consider vital for a more livable Cambridge, she said.

“The issue of ‘what change’ is very much an open-ended question for us – one that we hope this meeting will help us decide,” Blier said. “Out of this event we hope to have a grouping of ideals and goals that each of the neighborhood groups would like the city to address as a priority.”

The population-growth figures are from a Sept. 25 presentation to the Planning Board from the citywide planning process Envision Cambridge, which estimated that under current zoning there will be 20,800 more Cantabrigians by 2030, and “super-inclusionary” zoning changes could raise that to 24,300. The bigger figure is a 21.5 percent increase over the current 113,000, and its 12,300 added residential units above the current 44,000 units is growth of 28 percent.

The event is expected to take place 4 to 6 p.m. at the Citywide Senior Center, 806 Massachusetts Ave., Central Square. Information is here. 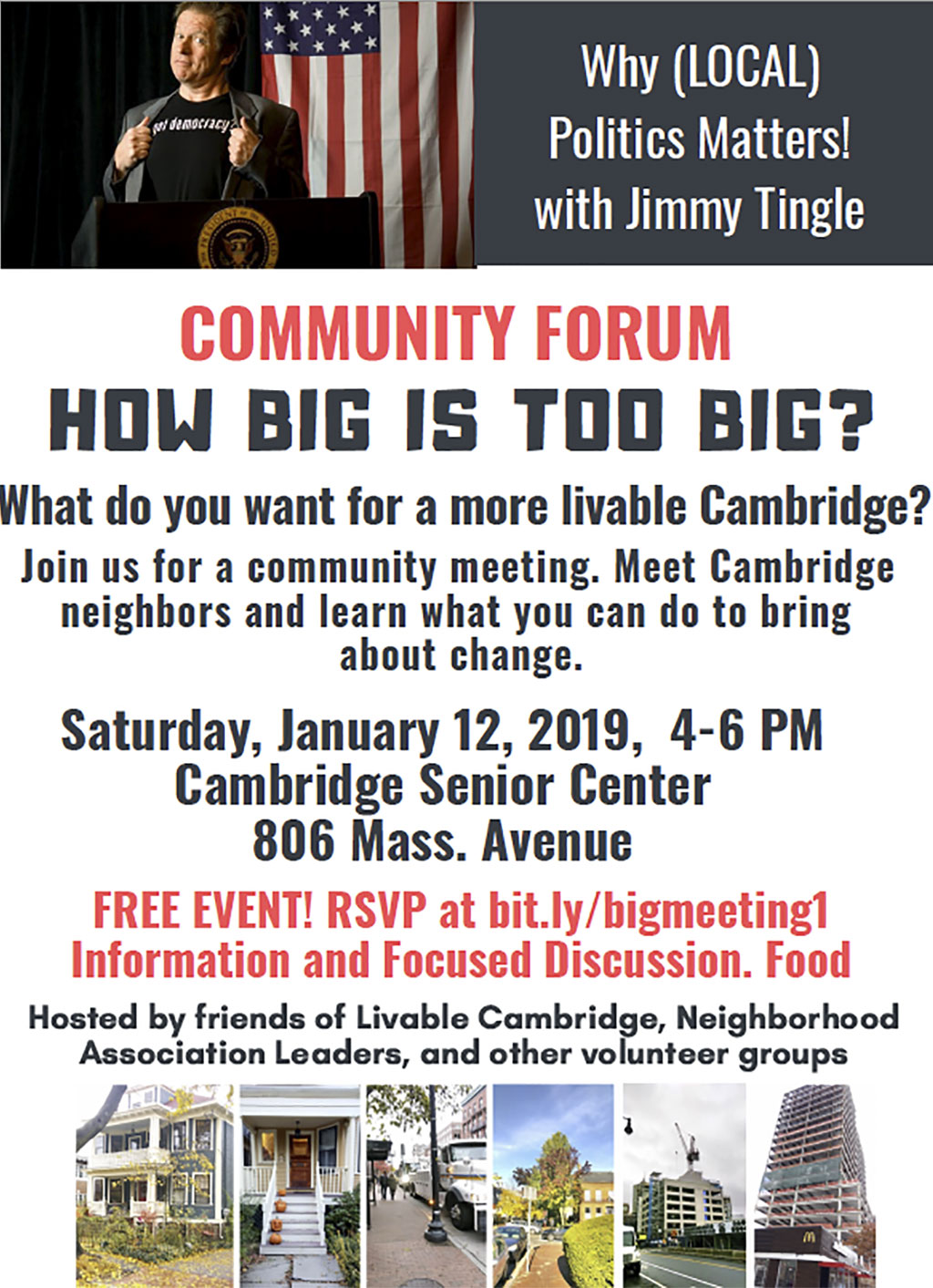