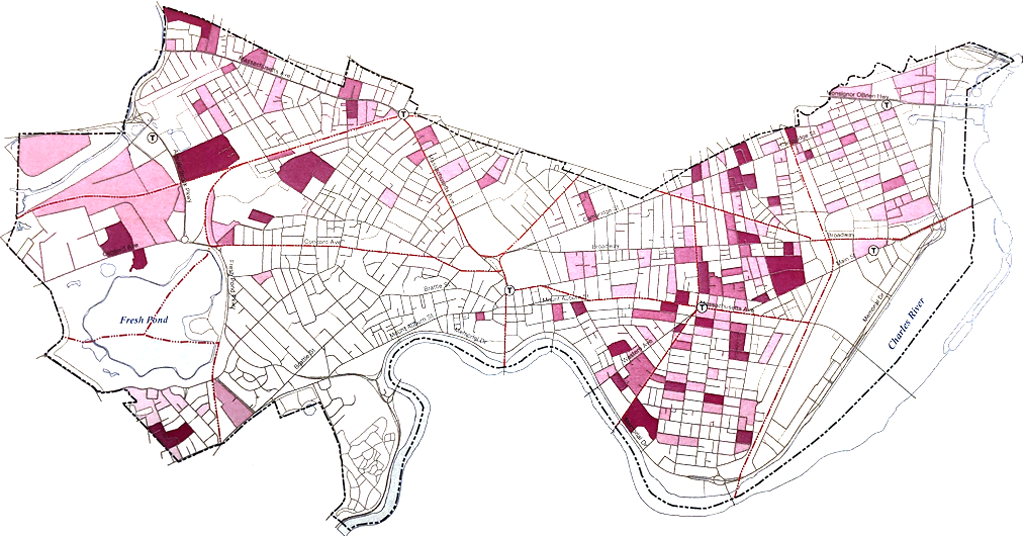 A draft of zoning rules that make it easier to put up affordable housing in residential areas, and for affordable housing projects to compete with builders of market-rate housing, should be on City Council desks by early March and headed for a vote, councillors told city staff Thursday.

With the proposed affordable housing overlay district beginning as a council order in October 2014, and with complaints that lower-income housing has continued to be clustered unfairly in the nearly four years since, council housing committee co-chairwoman E. Denise Simmons asked staff for a written timeline of “what do we need to do by when” to see the March deadline met – and said she was unhappy that the process had been slowed by becoming part of Envision Cambridge, the development master plan process now in its third and final year.

But experts in affordable housing were careful to warn against soaring expectations for passage of an affordable housing overlay district, even if it opened up new parts of the city to economic diversity. “It will not open the floodgates by any means, but even the few projects we might be able to achieve will be very significant progress toward [affordable housing] goals,” said Iram Farooq, assistant city manager for community development.

“This is not going to be the tsunami of affordable housing some of us hope for. It’s really money that’s the limiting factor” even if zoning is loosened, said Peter Daly, executive director of Homeowners Rehab Inc., a nonprofit developer of affordable housing. “But this is a tool [that could help].”

A “super-inclusionary” program would give residential developers building bonuses for up to double the amount of affordable space in the current inclusionary program – up to 40 percent – and make for bigger, more densely populated buildings along Massachusetts Avenue and Cambridge Street, and in the Cambridge Highlands, Cambridgeport and East Cambridge.

For completely affordable projects, the zoning could allow conversion of any existing structure into multi-family housing; lower permitting hurdles by allowing as-of-right approvals, though with Planning Board and community input on design; let developers of affordable housing build denser, and with fewer required parking spaces; and allow multi-family and townhouse projects in residential areas. It’s difficult now to put up even a mid-rise, multifamily building that looks much like the rest of the neighborhood, because zoning has changed over time to decrease density in those neighborhoods. About 70 percent of structures in those neighborhoods couldn’t be built today, according to a Thursday presentation, which means an affordable project that follows current zoning would be too small to make back its money.

In looking at how an affordable housing overlay district might affect residential neighborhoods, city planners looked at small parcels where the maximum structure under current zoning would be two units on two stories (first frame) but could be seven units on three stories (second frame) or eight units on four stories (third frame) with the overlay.

Chris Cotter, the CDD housing director, estimated that the city had looked at more than 50 possible sites for affordable housing with Homeowners Rehab Inc. and its fellow nonprofit, Just-A-Start, but had seen just three or four move forward without being quashed by financing or zoning complications. The overlay district could change that math, allowing for certainty in the number of units allowed and an easier path to completion.

“If we could take something like we’re talking about tonight and reduce the acquisition costs by $50,000 or $75,000 or $100,000 a unit, that’s going to enable us to be competitive. We would have been able to grab some more of those [50] properties,” said Daly, of Homeowners Rehab Inc.

On medium-sized parcels, two units on two stories is allowed under current zoning; the overlay could allow for 10 units on three stories or 12 units on four stories.

The overlay district, had it been in place several months ago, might even have allowed Just-A-Start to turn former Episcopal Divinity School property near Harvard Square into a mixed-income homeownership project, Farooq said. Instead, without the zoning in place “and significant risk associated with what would likely be a difficult permitting process, given the density needed to make the project feasible,” it went to Lesley University, as Farooq laid out in a Sept. 10 report to the council.

The lack of affordable housing in the Harvard Square area and in West Cambridge has long rankled councillors such as Tim Toomey. But councillor Quinton Zondervan said staying out of West Cambridge for bigger, denser buildings along corridors such as Massachusetts Avenue were worth considering if it meant hanging on to more trees and green space, which the city will need to handle the worst effects of climate change.

On large parcels, current zoning allows one units on two stories. The overlay might allow for 17 units on three stories or 23 units on four stories.

“Our tree canopy right now, it’s actually declining … and part of the reason is that we’re trading trees for buildings,” Zondervan said. “If we’re purely looking for the miracle goal of more housing, there are more sites to develop. There are one-story buildings on Massachusetts Avenue that could be 20-story buildings and we could numerically add tons of housing without decimating our tree canopy.”

Development officials said they were already aware of pushback the zoning would face from people who don’t want more density, traffic, lower property values or other issues they associate with having lower-income residents in the neighborhood – some cited Thursday sounding blatantly classist, such as the fear that “poor people bring rats” or even that “people will linger at the door” – that can be grouped under wanting to preserve character of a neighborhood.

“Sometimes ‘neighborhood character’ is a dog-whistle … it’s really about who’s going to move into this neighborhood,” said Cheryl-Ann Pizza-Zeoli, a trustee of the city’s Affordable Housing Trust. “I do see this in terms of racial equity. If we don’t do it, I think it’s disgraceful.”

During public comment, resident Lee Farris spoke to neighborhood character as well as environmental concerns, saying she didn’t want to see older buildings and mature trees torn down in a rush to add affordable housing – but that getting more economic diversity throughout the city, especially through more affordable homeownership, wouldn’t change neighborhood character – it would be a return to what made the city so attractive in the first place “Many of these neighborhoods used to be more diverse before the huge increase in housing prices. We all remember a more diverse Cambridge,” she said. “People have been driven out.”