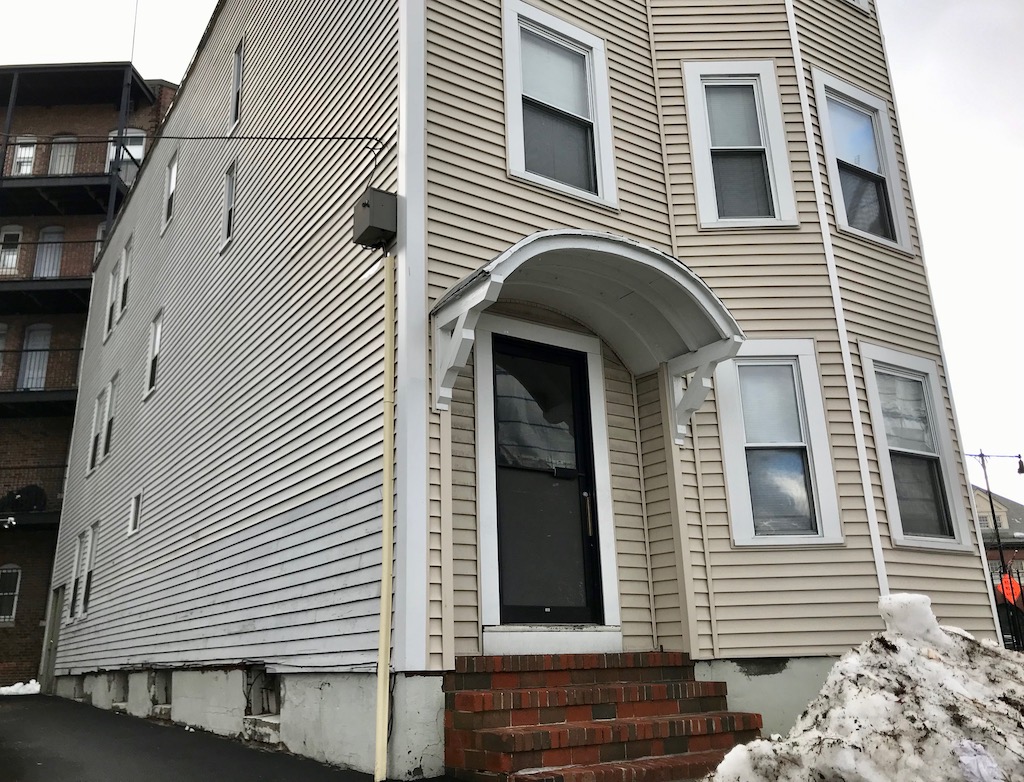 There’s one real curiosity among the Massachusetts Institute of Technology’s real estate portfolio: a three-story, six-unit apartment building in Central Square near Jill Brown-Rhone Park, sealed up and empty, with no plans for use.

“We looked at it. It’s small, so there’s not an abundance of opportunity there,” said Sarah Gallop, co-director at the Office of Government and Community Relations at MIT. “We don’t have any current plans for it.”

Called 882 Main St. by MIT though the city’s Assessment Department knows it as 884 Main St., the property was bought about 40 years ago but is otherwise somewhat of an institutional mystery. “That’s about all we know!” Gallop said. 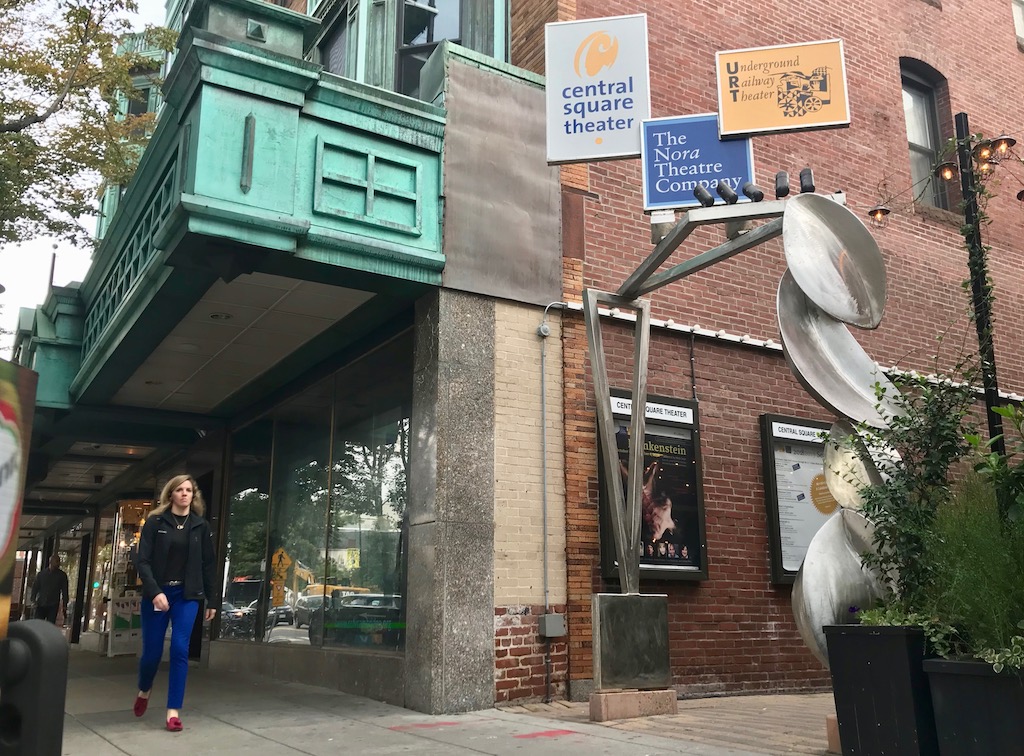 A tenant who will “contribute to the square,” like the MIT tenant the Central Square Theater, is wanted for nearby space in a former hardware store space, an institute official said. (Photo: Marc Levy)

With more than 4,000 square feet of living area and able to take up to eight units, according to city records, the property is considered in poor condition and assessed at $1.4 million. It brings in about $8,747 annually in tax revenue, assessors said.

Michael Monestime, president of the Central Square Business Association, said he couldn’t comment on MIT plans for the building, which is in the area known as Lafayette Square and across from the most prominent structure in the 308-unit project known as Market Central, formerly known as Mass+Main. Also across the street is a boutique hotel project that will host a reopened Toscanini’s ice cream. The empty apartment building is next to a church.

As the massive redevelopment of the East Campus in Kendall Square continues and work gears up on the 14-acre Volpe parcel, also in Kendall Square, MIT’s attention is not on Central Square – the area goes unmentioned in the institute’s annual town-gown report, Gallop noted, in part because “most [Central Square] property is in use.”

When its new home is ready on the East Campus, the MIT Museum will relocate two years from now from 265 Massachusetts Ave. – but the 9,450 square feet there are due to be empty only briefly, being already earmarked for lab space. “The building is unique, with a very large footprint, and lends itself to research purposes,” Gallop said. “There’s been no thinking beyond that.”

That leaves only the former Economy Hardware at 438 Massachusetts Ave., where Gallop said the MIT real estate group is “looking for a good, viable tenant who will really contribute to the square. That’s important to them, and always has been.” Examples of the care taken in choosing tenants includes the Central Square Theater and Veggie Galaxy restaurant, she said.