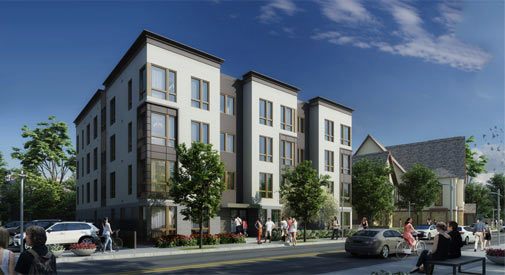 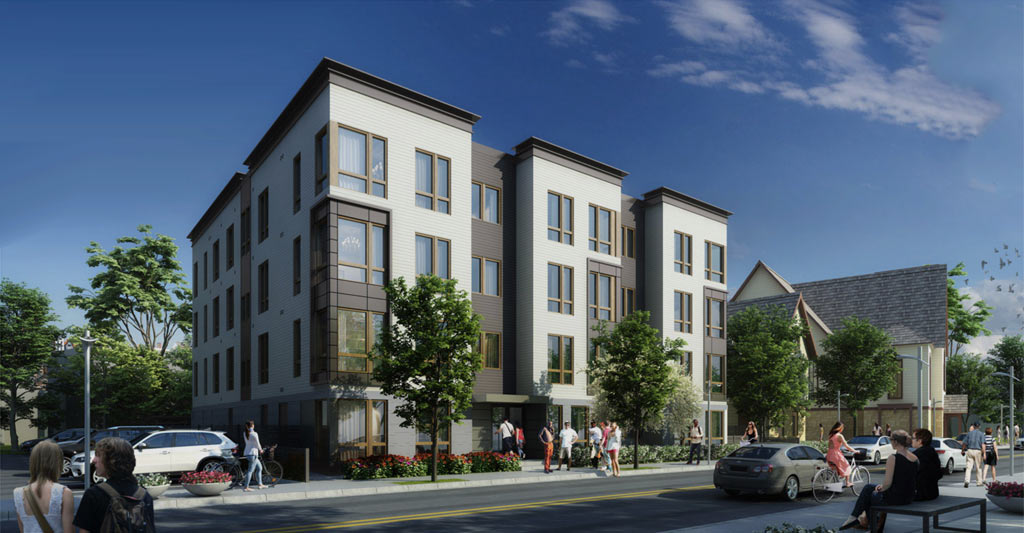 Union House will be the first of three rental buildings to be finished in the project formerly known as Mass+Main, according to the developer Twining. (Image: Twining)

After more than four years of meetings leading up to many months of construction, the first Mass+Main building is leasing – but the 308-unit housing project in Central Square isn’t called Mass+Main anymore. It’s now called Market Central, according to marketing materials sent out Tuesday.

“Mass+Main was a placeholder. It’s branding and marketing. We hired a firm and spent some time thinking of a name and concept that would represent Central Square – we have a significant amount of retail space and wanted to reflect that as well,” explained bob flack, senior vice president of development at the developer, Twining.

Construction on the most prominent of the three newly dubbed Market Central buildings continues, with topping off of the 19-story tower expected by late October or early November, according to developer Twining Properties. The Massachusetts Avenue building known as Watermark Central – related to Cambridge’s Watermark Kendall and Boston’s Watermark Seaport towers – was announced before construction to be ready for tenants in the fall of 2019, but is now expected to open in 2020. 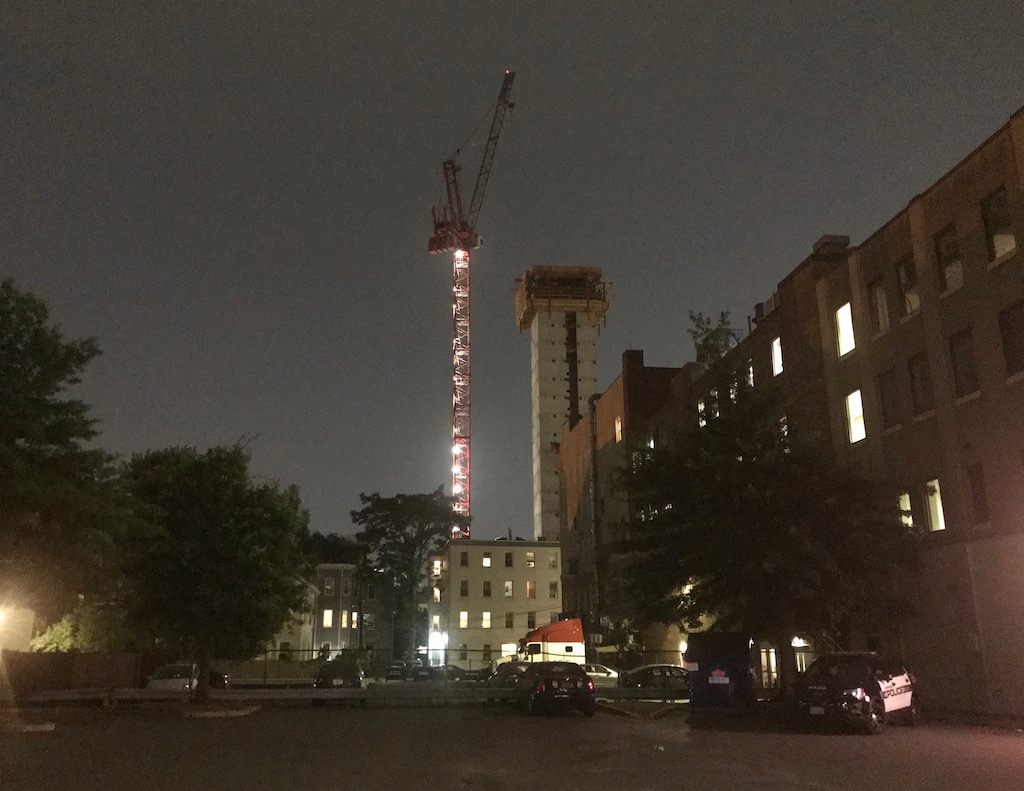 Construction on the 19-story elevator shaft for a residential tower to be known as Watermark looms over Central Square in early August. (Marc Levy)

A six-story building on Columbia Street known as Link is coming along faster, with a topping-off expected by the end of September or early October and exterior sheathing, windows and roofing in place in mid-November, Twining said. The company pegged its opening at next summer.

But the four-story Union House on Bishop Allen Drive, which has 23 apartments – mostly two- and three-bedroom units, with a few studios and one-bedrooms – is leasing and expected to be ready for tenants in late fall. “Landscaping and the final touches will be completed for occupancy in November,” Twining said, noting its landscaped backyard for grilling and “hanging out with neighbors” and calling it a “stylish option for families and young couples looking for a home with a neighborhood vibe.”

When the entire complex is completed, Union House residents will be able to use amenities at the bigger buildings.

Link, where plans includes micro-units, is referred to as a “co-living option” with a community lounge and combination laundry and game room, and is being marketed toward “recent grads working at the nearby tech company”; Watermark is the designated luxury space, with concierge services, a fitness center, “yoga room” and sky terrace for “professionals who appreciate the finer things.”

Still, the project will provide the city with 61 affordable units, or more than the 20 percent of total rentals agreed on when winning City Council approval in May 2015. At the time, 3 percent of the units were to be set at rates designed for middle-income households and 10 percent to be set aside as three-bedroom units that would appeal to families. The bulk of the affordable units are in the larger buildings, with a handful in Union House, Flack said. Leasing for all affordable units will be through the housing division at the city’s Community Development Department.

The project replaces the former Quest Diagnostics campus of 2.3 acres, which the developers bought for $32.4 million in December 2012. In June of this year, the development closed on $110 million in financing.

The retail space on the ground floor of Link and Watermark “in an ideal world would be filled the minute we open,” Flack said, but realistically will take longer. Of the 6,200 square feet of retail space in Link and 9,200 square feet under Watermark, all seller slots will be smaller – some as small as 300 or 400 feet and essentially kiosk space – save for one that might be larger than 1,500 square feet. That follows a trend in retail, with leasers such as Bow Market in Somerville’s Union Square keeping spaces small and relatively cheap to encourage mom and pop businesses to thrive.

“Any big retail outlets would not be appropriate,” Flack said, but Twining would soon be sitting down with the city and a community advisory to pin down a retail strategy to see “who makes sense to put in the space.” For retail in Link, the process should be underway within the next six months.