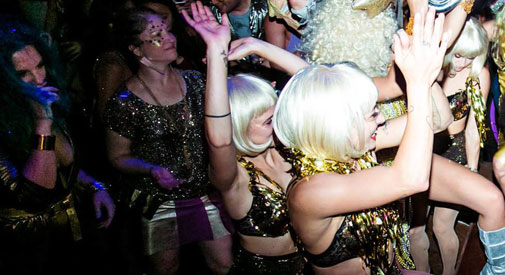 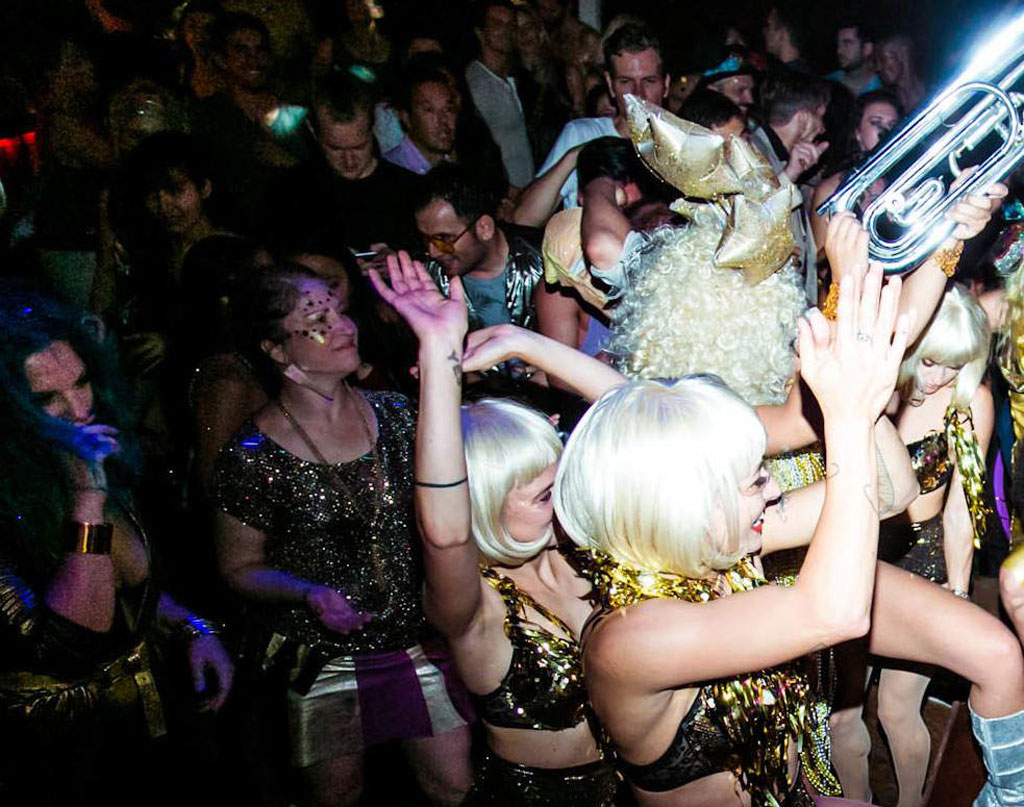 A Boston Mardi Gras Ball moment used to advertise the event in 2018. The party returns to Once Lounge + Ballroom on Saturday. (Photo: Wolf’s Annual Mardi Gras Balls via Facebook)

Shaun Wolf Wortis and the Legendary Vudu Krewe are stocking up on limes and rubbing that lucky rabbit’s foot to get ready for the 26th Boston Mardi Gras Ball on Saturday at Somerville’s Once Lounge + Ballroom. “When it comes to ‘balling,’ you might not think Boston is in the same league as New Orleans, but we put up a good fight each year at the Boston Mardi Gras Ball,” said Wortis, who with his Krewe has been giving Bostonians impetus to party since the Clinton era. “The ball is always a benefit show. We gave proceeds from the past two Mardi Gras Balls to the ACLU, and before that to the New Orleans Musicians Clinic, which treats aging musicians in need of health care. This year, we’re focusing local: All performer proceeds benefit Respond, helping domestic abuse victims in the Boston area.”

Kate Deming, development associate at Respond, is proud of the organization’s 45 years of service and excited about the ball, which will raise awareness as well as funds. “Respond is New England’s oldest domestic violence agency, and the second-oldest in the nation,” she said. It was started by four Somerville women “who saw a problem in their community and wanted to address it.” Respond serves all victims of domestic violence, regardless of gender, race or any other factor.

Legendary or not, the Vudu Krewe have attracted a local cult following and built a track record of social consciousness with, as its Twitter descriptor touts, “benevolence and intemperance, since 2000.” The Krewe is at its best with full-on frontline carnival drumming and pounding piano boogie; its more anthemic sing-along numbers sound tired, as if too much ice has melted in their tequila and watered down the result.

Saturday’s audience will hardly mind, if they take it all with a lick of salt, and guests are the spice that makes this gumbo so appealing: Leon Beal Jr. delivers suave, soulful R&B with honesty and humor, with deep roots and an authentic style that has sadly been fading elsewhere since the ’90s ended; hard rock vocalist Andrea Gillis could probably out-belt Brian Johnson in his heyday, with the benefit that she actually sounds good. Classic rock fans should definitely check her band out, as well as Nat Freedberg, who’s bringing his rough and ready rock to the ball.

Tom Kenny, the voice of the animated Spongebob SquarePants, returns this year from Los Angeles to sing R&B at the ball.