‘Us’: Jordan Peele’s terrific sophomore flick shows how scary it can be to fight with family 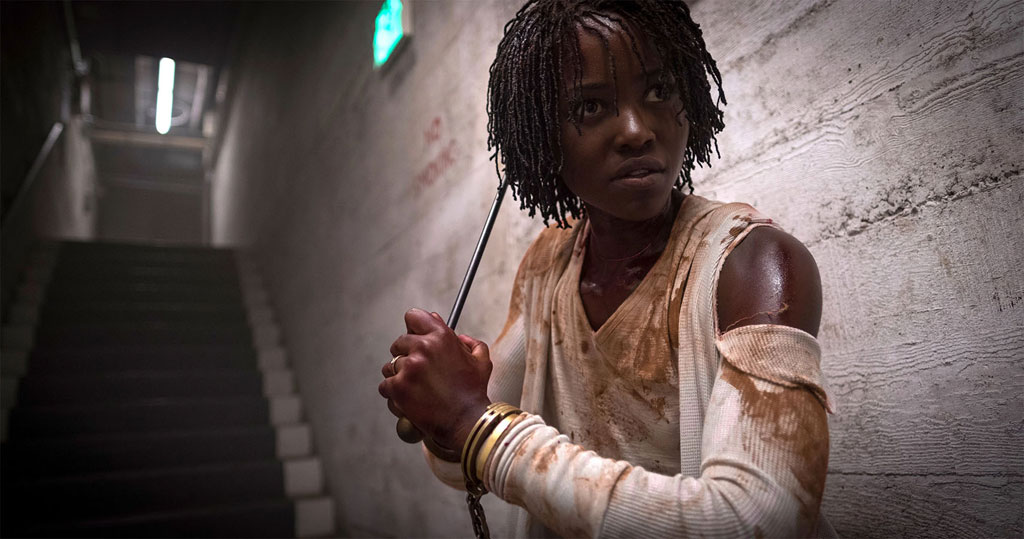 ‘Us’: Jordan Peele’s terrific sophomore flick shows how scary it can be to fight with family

Jordan Peele’s follow-up to the genre-rebranding horror classic “Get Out” (2017) is something more pure in terms of blood and gore, but not as sharp politically or socially. Not that that makes it a bad movie – I’m just not sure it’s possible to improve on “Get Out.” And while “Us” is something else entirely, it is cut from the same cloth. 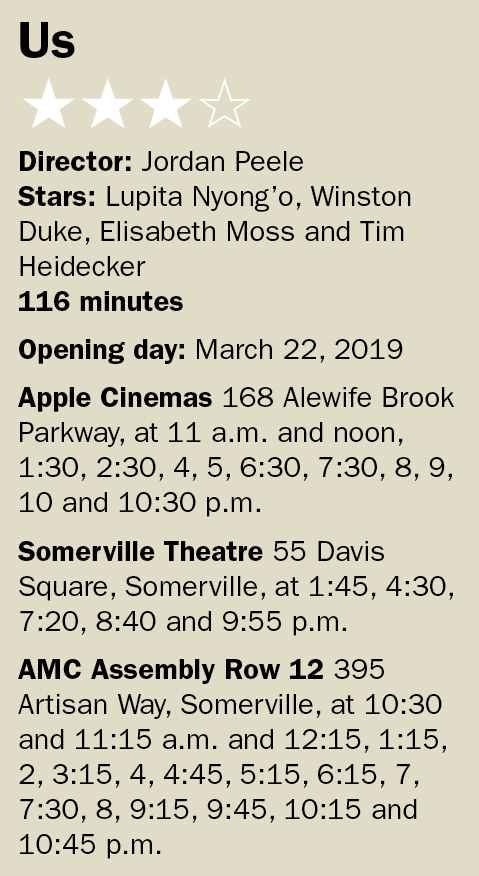 What’s to know? The Wilson family are off for a summer vacation in Santa Cruz, replete with a house on the bay and an amusement park boardwalk. It sounds dreamy, but as the nuclear family rolls in there’s dread on the mother’s face, with good cause. Turns out when Addy was 10 (played by an effectively wide-eyed Madison Curry) she had an encounter with an identical girl who accosted her in the house of mirrors and, as a teen, went through years and years of therapy. They unpack, dad (Winston Duke) scores a sputtering speedboat and they take in a few beach beverages with well-off bores Josh and Kitty (Tim Heidecker and Elisabeth Moss). It’s not until they settle in that evening that a family shows up on the front lawn. A call to the cops and Duke’s Dave wielding a bat does little. Soon the summer home is invaded and the Wilsons are looking at four versions of themselves, each dressed in a red Michael Myers jumpsuit and holding mother-sized pairs of gardening shears.

Only Addy’s twin can speak; the rest make only animal noises. But their intent is clear: Separate and exterminate their original. It’s “Invasion of the Body Snatchers” done Jason Voorhees style.

The real fun here is watching Lupita Nyong’o play Addy and her evil “tethered” twin. She’s amazing on both sides of the equation, and it’s nice to see the Oscar-winning actress (“12 Years a Slave”) take full center stage. Duke, who costarred with Nyong’o in “Black Panther” (2018) is up to the task as well, and Shahadi Wright Joseph and Evan Alex cast as the Wilson kids are convincing both as imperiled humans on the run and the shadow demons looking to replace them.

While “Us” revolves around a black family in a largely white setting, it doesn’t have the sociopolitical punch that “Get Out” had. When Addy asks her evil twin who they are, she replies “We are Americans.” Perhaps it’s a light reference to equity disparity? It doesn’t matter – “Us” is best seen as a straight-up chiller that’s well crafted and fantastically acted. As Peele pulls back the camera and the plot widens, the film doesn’t quite hold its spell. Sometimes horror films on the lake are best when they stay by the lake.