Mmmmaven Project ends its years in Central with equipment sale, but sounds will echo on 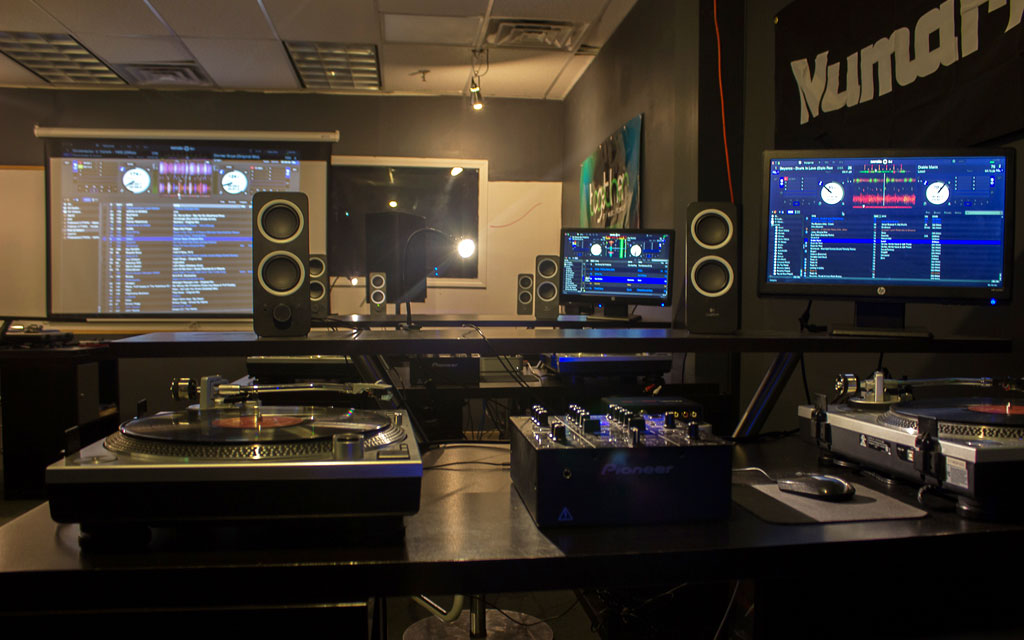 Mmmmaven Project ends its years in Central with equipment sale, but sounds will echo on

The Mmmmaven Project, which gives lessons in DJing and music production, is closing after seven years, using its final days in the heart of Central Square for an open house and sale of turntables, controllers, synthesizers, vinyl and even chairs and desks.

“It is time. The neighborhood is changing, a lot of the technology has changed as well,” project managing director Polina Starobinets said Tuesday, explaining a move first announced in late October.

“When we first started the group lesson program for DJing, we created it around turntables and Serato [software] because this was the most-used setup for DJs. Since then, the market has been flooded with a variety of DJ controllers … It would be impossible to get all of them into a classroom because there are so many on the market. It also doesn’t make sense to teach the same curriculum to a group of people who are all using different tools,” Starobinets said.

There is still demand for music technology education, but it is “difficult to justify keeping Central Square real estate for classes that aren’t meant for large groups of people,” she said. The project made an effort over the years to keep its classes affordable even as rents continued to surge in the area.

The Together music festival will be back in September for a 10th year and continue separately, and Thursday night parties at Middlesex Lounge will go on as well, said Starobinets and chief executive and cofounder Alexander Maniatis.

To a degree, the mission of Mmmmaven is being carried forward at The Loop Lab, an independently founded nonprofit sound-production studio and podcast station in The Port neighborhood.

Mmmmaven plans to empty out its studios at 614 Massachusetts Ave. with a sale from noon to 5 p.m. April 13-14.

“We have 10 hours to give back and celebrate all we’ve been able to do inside this lab,” Starobinets said. “We have had endless fun celebrating our musical culture and educational initiative in here. But this is the end.”

This post was updated April 3, 2019, to correct that The Mmmmaven Project had been in Central Square for seven years.