‘Diane’: Mother has some issues of her own, and she’s taking the audience down with her 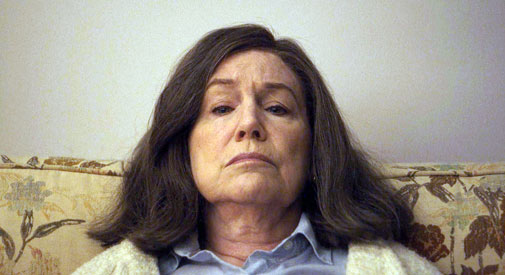 ‘Diane’: Mother has some issues of her own, and she’s taking the audience down with her

Sin and redemption is an arduous process. For Diane (Mary Kay Place, knocking it out of the park and into the next city) it’s an endless ordeal. When we first catch up with Diane she seems something of a saint, doing her son’s laundry, visiting her terminally ill cousin, Donna (Deirdre O’Connell) in the hospital, looking in on a convalescing neighbor and staffing a local soup kitchen with her friend Bobbie (Andrea Martin), whom she tells much over coffee and drinks throughout the film. 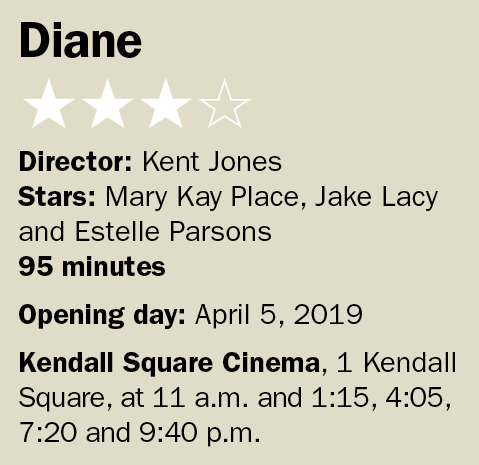 Over the slow-arcing – and emotionally aching – course of “Diane” we come to learn that part of the motivation in these selfless acts is atonement. Too, life at home in rural Western Massachusetts (though shot in Upstate New York) isn’t so tranquil. Diane’s mercurial adult son, Brian (Jake Lacy, who actually is from Western Massachusetts) is a recovering addict and in the throes of relapse. In such a state he’s content to wallow in his own squalor and drop the C-word should his mother threaten him with an intervention. Diane’s life is exhausting, to say the least, and then there’s that specter from her past that’s been driving her for years, the way Casey Affleck’s weary and remorseful dad shambled across the screen with the heaviness of the world on his slim shoulders in “Manchester by the Sea” (2016).

If the film sounds a bit like the Lucas Hedges and Julia Roberts tough-love flick “Ben is Back,” it is – in some ways. “Diane” is far grittier. It might sound as if Diane just needs a spa day; but she gets that, and then she goes out and gets a drink and another, and another after that, until she’s cut off. It’s arguably the best scene in the film, as Place’s tortured soul tries to find solace at the bottom of a glass while mouthing lyrics to 1990s classics on the jukebox. At some point Brian goes missing, and where the film goes from there is anything but predictable.

What director Kent Jones (of the 2015 documentary “Hitchcock/Truffaut,” making his feature debut) mainlines here is a sense of rue and how the present is shaped in crashing waves from small, rippling transgressions out of the past. The sense of fate, family and faith, let alone loyalty and betrayal, resounds. Jones goes about it all with subtlety, and has a talented ensemble (the great Estelle Parsons among the lot).

It’s impossible to sit through “Diane” and not get pulled by the strong emotional current or bold performances. If the name Mary Kay Place is a bit of a head-scratcher, she’s always been off to the side in films such as “Being John Malkovich” and “Girl Interrupted” (both 1999), but that’s now likely to change, and for many others in the cast as well. It may be early in the year, but boy, there’s a lot of gold prospects in “Diane.”