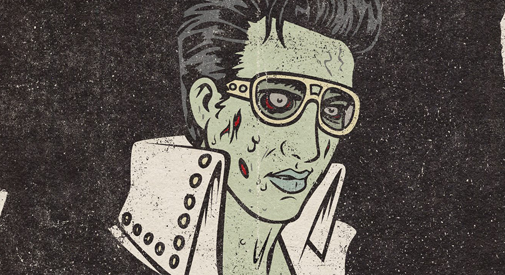 Lizard Lounge Open Mic Challenge from 7:30 p.m. to midnight at The Lizard Lounge, 1667 Massachusetts Ave., between Harvard and Porter squares. Watching is $7. This open mic, running for more than a decade, draws some top talent and touring acts alongside people just trying out their talents. Information is here.

Jennifer Acker and DeWitt Henry read from 7 to 8:15 p.m. at Harvard Book Store, 1256 Massachusetts Ave., Harvard Square. Free. The founding editors of The Common magazine and Ploughshares literary journal discuss their new books. In Acker’s “The Limits of the World: A Novel,” secrets emerge when a family is forced back to its roots in an Indian enclave of Nairobi; Henry’s “Sweet Marjoram: Notes and Essays” is described by author Sven Birkerts as having a “Shakespearean breadth of interest subjected to a steady inquiring pressure [in which] the reader finds aphorisms for living on every page.” Information is here.

Allison Truj at the Boston Poetry Slam, from 7:15 p.m. to midnight at The Cantab Lounge, 738 Massachusetts Ave., Central Square. There’s a $3 cover for this 18-plus show. Allison Truj, a National Poetry Slam semifinalist and member of the Boston Poetry Slam 2018 national team, production manager of Ploughshares and cohost of the breakfast podcast “Most Important Meal,” is featured after an hour of open mic starting at 8 p.m. Information is here.

“Writing in the Margins” group art show reception from 6 to 8 p.m. at Maud Morgan Arts’s Chandler Gallery, at 20 Sacramento St., in the Agassiz neighborhood near Porter Square. Mixed media artists Lola Baltzell (her work, pictured), Carol Blackwell, Amy Solomon and Valerie Spain will be on hand to talk about their work celebrating texts, writing and books. (Regular gallery hours are 10 a.m. to 5 p.m. Mondays through Fridays, and by appointment.) Information is here.

“Bruce Springsteen / Rock and Roll Future: Photographs and Recollections” book release event from 7 to 8:30 p.m. at The Harvard Coop, 1400 Massachusetts Ave., Harvard Square. Free, but register. Barry Schneier was the photographer at the Harvard Square Theatre in May 1974 for a show Jon Landau reviewed in The Real Paper, famously writing, “I saw rock and roll’s future and its name is Bruce Springsteen.” To celebrate Schneier’s book of Springsteen images and memories from the night there will be a photo exhibit accompanied by live Springsteen tunes, a raffle for a signed copy of Springsteen’s own “Born To Run” book, a signing by Schneier and conversation led by Jon Garelick, music writer for The Boston Globe, DownBeat, Jazziz and other publications. Information is here.

Cervena Barva Press poetry reading from 7 to 8:30 p.m. at The Center for Arts at the Armory, 191 Highland Ave., Somerville. Admission is $5. Michael C. Keith, Gloria Mindock and Yuyutsu Sharma read, and refreshments will be available. Information is here.

Massmouth 10th Anniversary Big Mouth Off at 8 p.m. Thursday at the Somerville Theatre, 55 Davis Square. Tickets are $27 (with fees, $35.20). Ten storytellers who have advanced through multiple rounds of competition share true, personal stories to vie for the title of Bostons storytelling champion. Information is here.

Poetry reading with Raul Zurita and William Rowe from 7 to 9 p.m. at the Grolier Poetry Book Shop on 6 Plympton St., Harvard Square. Free, but register here. Zurita, founder of a group that undertook risky public-art actions against the Pinochet regime – and was arrested in 1973 and held captive – reads from his new “Inri” with translator Rowe. Information is here.

“Disgraceland” podcast live show from 8 p.m. to midnight at The Sinclair, 52 Church St., Harvard Square. Tickets are $25 in advance, or $28 at the door, to attend this 18-plus show. Jake Brennan’s rock ’n’ roll true-crime podcast – known for exploring questions such as whether Jerry Lee Lewis got away with murdering his fifth wife and how Sid Vicious really died – comes to town for its third-season tour. Information is here.

Camus’ “The Misunderstanding” from 8:30 to 10 p.m. (and repeating Saturday and Sunday) at the Massachusetts Institute of Technology’s W97 Theater, 345 Vassar St., Area II. Free, but register for limited seating. Student Tyler Pleasant directs members of the MIT community in Albert Camus’ creepy 1943 play about honesty, in which Jan comes back to his Czech hometown wealthy and married – and goes unrecognized by his mother and sister, who run an inn where they kill well-off guests just like him. Information is here.

Grand opening of The Jungle rock club from 9 to 11:30 p.m. at 6 Sanborn Court, Union Square, Somerville. General admission is $10 to this 21-plus show. Check out the new club with musical performances by openers Tzivia & theband Vú, a genre-bending Boston trio, followed by Beverly rockers Exit 18 and Major Moment, a Boston band made up of two Russian-born vocalists and an American drummer. Information is here.

Porchfest, from noon to 6 p.m. Saturday throughout Somerville. Free. Somerville’s “decentralized music festival” returns for its ninth year, presenting literally hundreds of musicians on an underused public venue: the porch. The musical styles and options are literally all over the place (Boston’s Sur5ILL, shown, performs hip-hop/techno), though starting in the west from Teele Square to Davis Square from noon to 2 p.m.; hitting central Somerville including Magoun Square and Spring Hill from 2 to 4 p.m. and winding up in East Somerville, including Winter Hill and Ward Two, from 4 to 6 p.m.  There’s a map and band listing here.

FutureFood: Tastings of Foods for Our Warmer Future from 1 to 4 p.m. at the Cambridge Main Library, 449 Broadway, Mid-Cambridge. Free. Matthew Battles and Keith Hartwig bring an interactive culinary encounter (centered around the non-alcoholic drink kvass, made with old bread, which Aeronaut Brewing has helped whip up) as part of the “Untold Possibilities at the Last Minute” exhibition on climate change coming to the Cambridge Arts Council’s Gallery 344 from May 20 to Oct. 4. Information is here.

MIT Women’s Chorale spring concert from 5 to 6 p.m. at Harvard-Epworth United Methodist Church, 1555 Massachusetts Ave., Harvard Square. Free. The chorale – about 60 women from the Massachusetts Institute of Technology, Harvard and surrounding communities – are led by director Kevin Galiè through Girolama Abos’ “Stabat Mater” with a string ensemble and organ, and through opera choruses by Gounod and Meyerbeer. Pianist Leona Chung plays. Information is here.

Imagery poetry slam from 5 to 9 p.m. at the Photographic Resource Center at Lesley University’s Lunder Arts Center, 1801 Massachusetts Ave., Porter Square. Photographers have submitted their works; now poets will read theirs – creating a dialogue of words and images. Information is here.

Haydn’s “The Seasons” with the Harvard-Radcliffe Chorus from 8 to 9:30 p.m. at Sanders Theatre, 45 Quincy St., near Harvard Square. General admission is $25 (with fees, $30). Franz Joseph Hadyn’s look at humanity and nature in “modern” times (1801) based on the poem “The Seasons” by the Scots James Thomson, undertaken by the chorus with some help: soloists Sarah Yanovich, Jason Budris and Paul Max Tipton; and musicians on period instruments. Information is here.

Camus’ “The Misunderstanding” from 8:30 to 10 p.m. (and repeating Saturday and Sunday) at the Massachusetts Institute of Technology’s W97 Theater, 345 Vassar St., Area II. Free, but register here for limited seating. Information is here.

Ravel, Loeffler, Chausson from 7:30 to 9:30 p.m. at Sanders Theatre, 45 Quincy St., near Harvard Square. Tickets are $9 to $62. The Boston Chamber Music Society performs Ravel’s Sonata for Violin and Cello, Loeffler’s Two Rhapsodies for Viola, Oboe and Piano and Chausson’s Concert for Violin, Piano and String Quartet, Op. 21. Information is here.

Camus’ “The Misunderstanding” from 8:30 to 10 p.m. (and repeating Saturday and Sunday) at the Massachusetts Institute of Technology’s W97 Theater, 345 Vassar St., Area II. Free, but register here for limited seating. Information is here.

This post was updated Friday with details about the Friday MIT Symphony Orchestra concert.